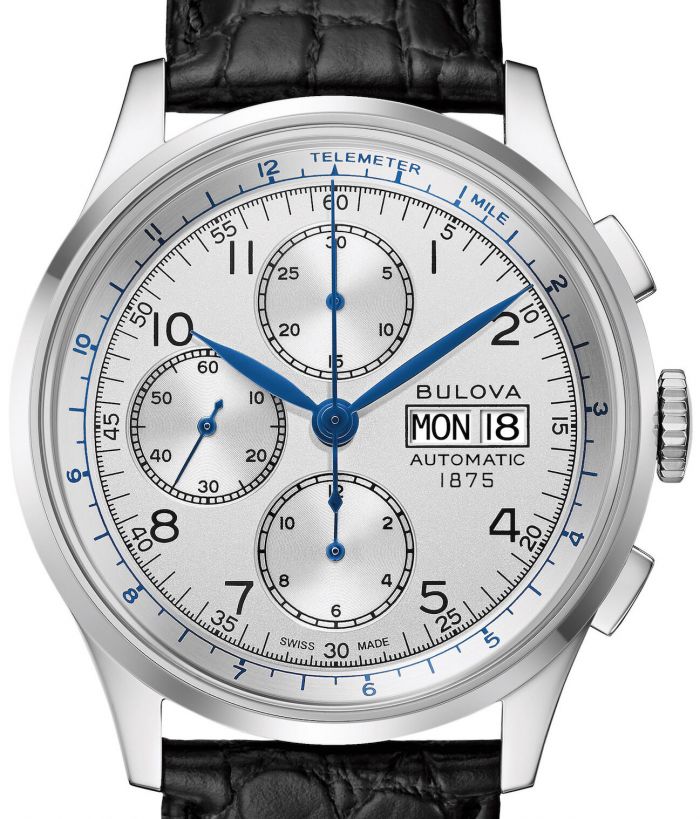 Bulova adds a new chronograph to its Joseph Bulova Collection, a set of automatic watches with designs inspired by Bulova watches made in the decades between 1920 and 1950.

This latest addition to the retro-themed collection is a three-subdial, 42mm steel-cased chronograph offered with either a black dial with rose-gold tone accents or a silver white dial with blue-tone accents. 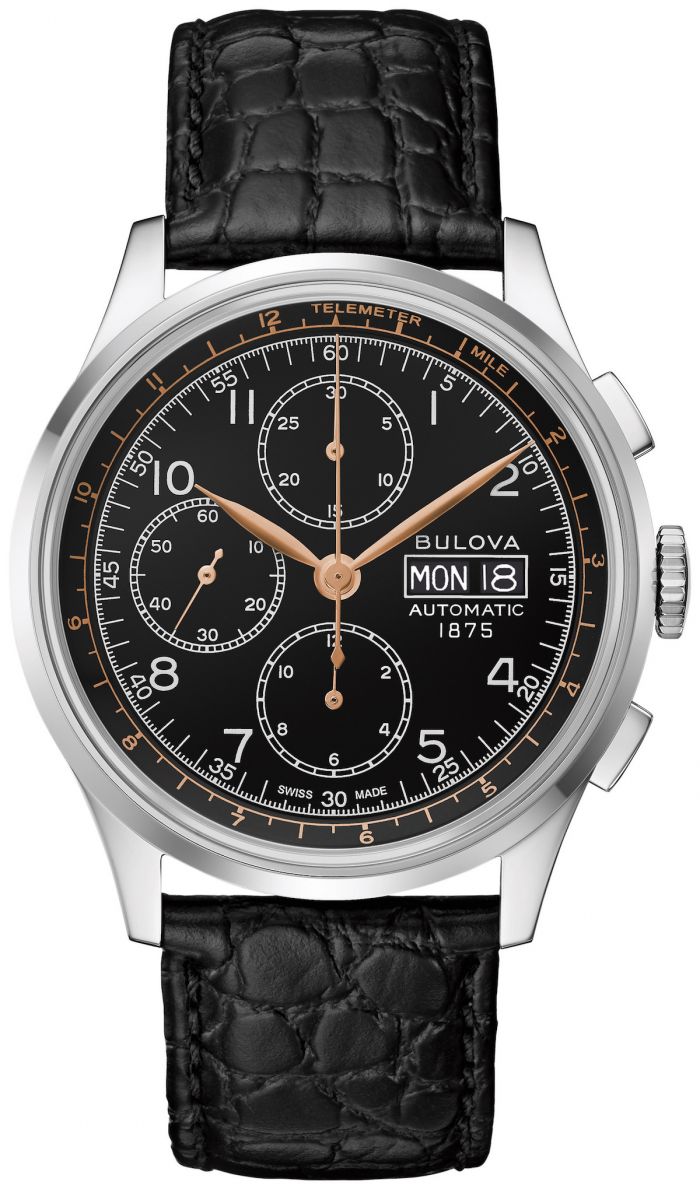 While the new watch is larger than the original, and it now shows chronograph timing using three sub-dials instead of two, the new model retains several features that contributed to the character of the original watch. 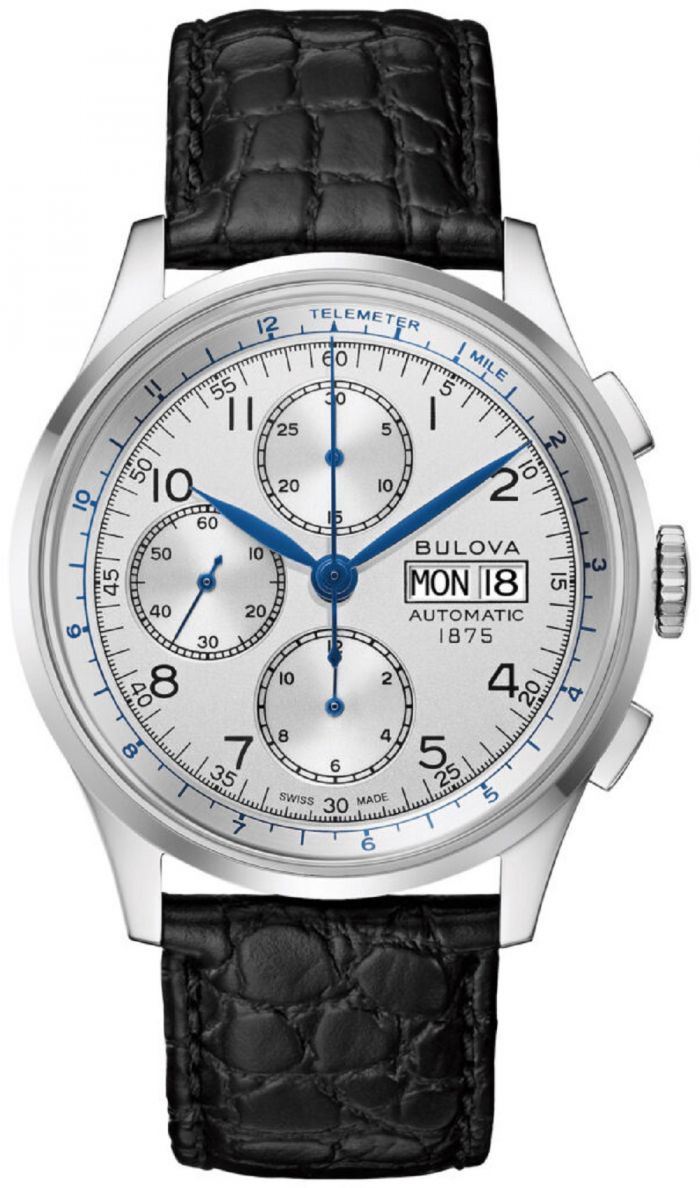 The original features retained by Bulova include the telemeter scale around the perimeter of the dial, a domed crystal, railroad-track scales around the subdials and distinctive, squared chronograph pushers. In addition, Bulova has transferred the dial font and hand style from the original onto the new Joseph Bulova chronograph. 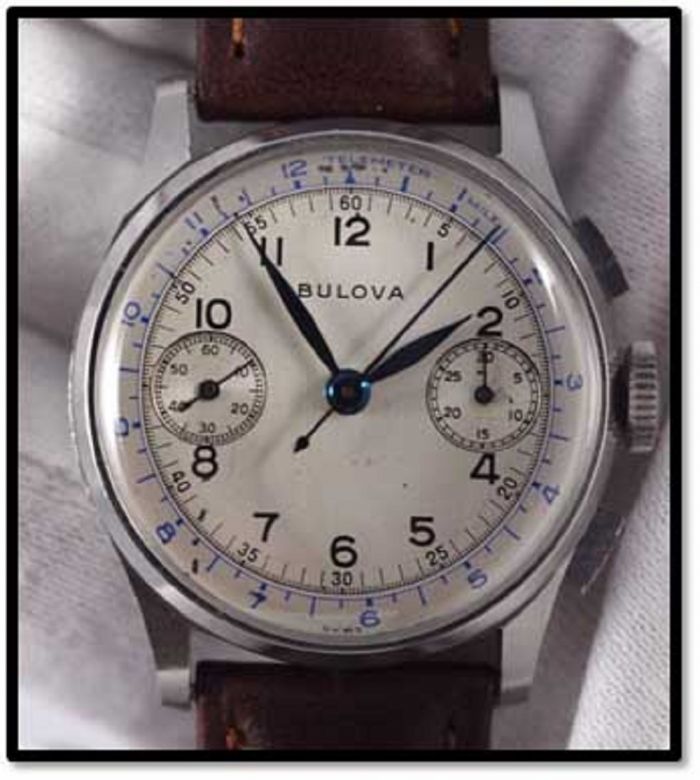 The new Joseph Bulova chronograph echoes the style of this vintage 1941 Bulova automatic chronograph, with a few key differences.

Of course, updates for both aesthetic and technical reasons are inevitable. For this piece, these include using anti-reflective sapphire to create the domed crystal, a day/date window and an exhibition caseback, exposing the rotor. Inside you’ll find a Swiss-made Sellita SW-500 chronograph caliber with a 48-hour power reserve. 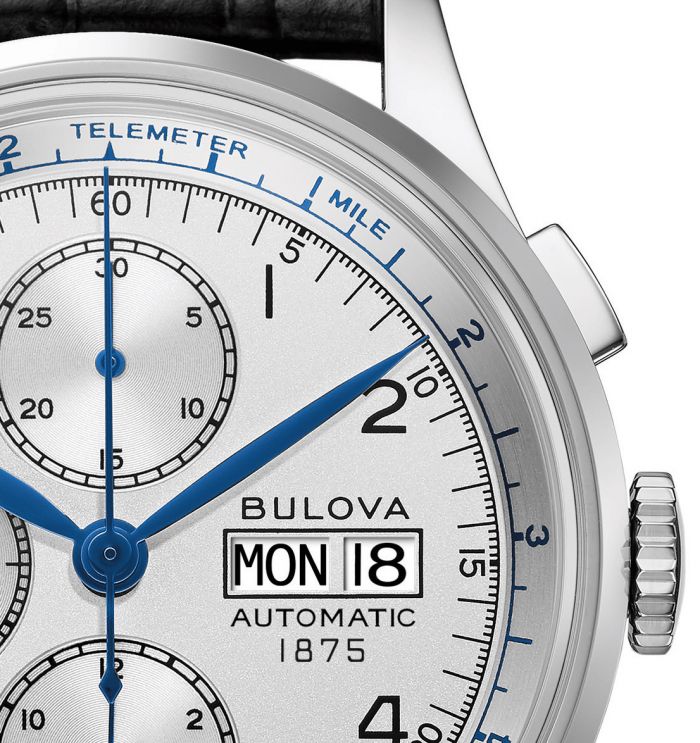 Bulova is offering either style on a black leather strap engraved with Joseph Bulova’s signature on the inside. Finally, Bulova offers each watch in the Joseph Bulova collection as a limited edition of 350. Price: $2,495. 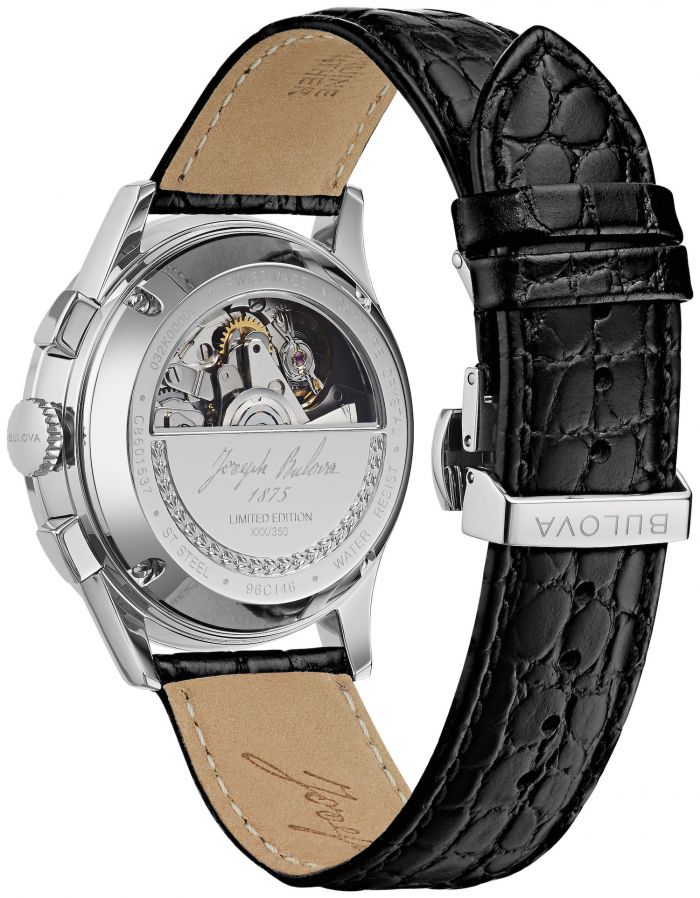 YOU MIGHT ALSO LIKE:
TAG Heuer Updates Aquaracer
Best Men’s Luxury Watches To Easily Elevate Any Outfit
Rolex Watches Given Exclusive Facelifts That Are Literally Out Of This World