Bob’s Watches, the largest pre-owned Rolex retailer has curated a list of both the men’s and women’s quarterfinalists and semifinalists Rolex ambassadors and the Rolex they choose to wear.

Wimbledon, what is considered the most prestigious tennis tournament in the world is closing in on the men’s quarter finals and women’s semi-finals this week.

Three of the players trying to capture the title also happen to be Rolex ambassadors including the most well-known player in the world and one of the highest paid, making $9M/year with Rolex alone, Roger Federer. Along with Roger is Karen Khachanov, the #25th seed of the tournament and Angelique Kerber, also the #25th seed.

While all of these players have major endorsement deals, there is one that stands above the rest, Rolex. For the better part of the last half-century, Rolex has been a constant presence in the sport, and the brand currently sponsors all four Grand Slam tournaments, in addition to some of the world’s top professional players.

With Rolex being both a sponsor of the tournament and a number of the competing players, you can guarantee that there will be a number of Rolex watches in attendance, but which models do these champions wear? 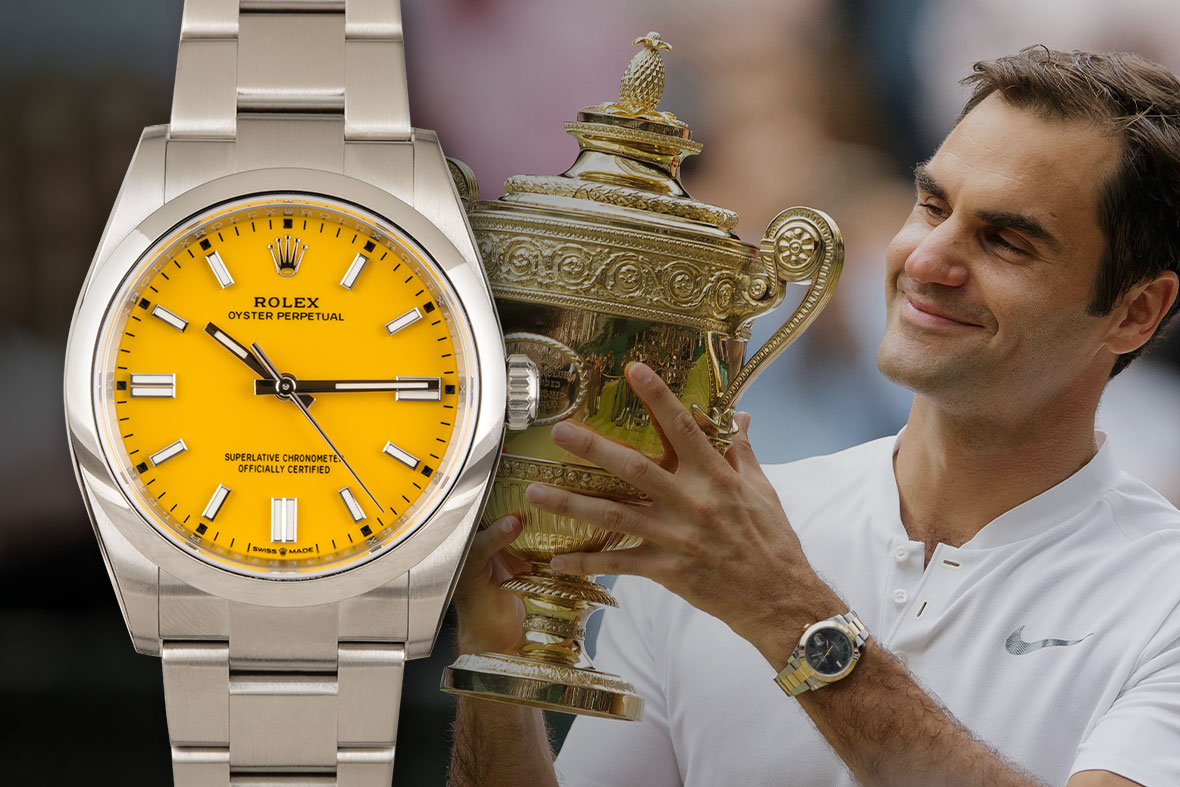 Rolex partnered with Roger back in 2006 in what was one of the largest single endorsements for any professional athlete at the time, a $15 million dollar 10-year contract. A 10-year contract is rare for sports stars even now, especially when you consider how a players career can fluctuate or even fall apart due to injury.

That deal ended in 2016 but the Federer Rolex contract was renewed in 2017, with Roger now earning $9 million per year from Rolex and with no end date reported it looks as though he is now a lifelong ambassador.

Roger Federer’s favorite Rolex watch and the one that is most associated with him is the 41mm Rolex Datejust II ref. 116334 fitted with a distinct rhodium-colored dial featuring blue Arabic numerals. 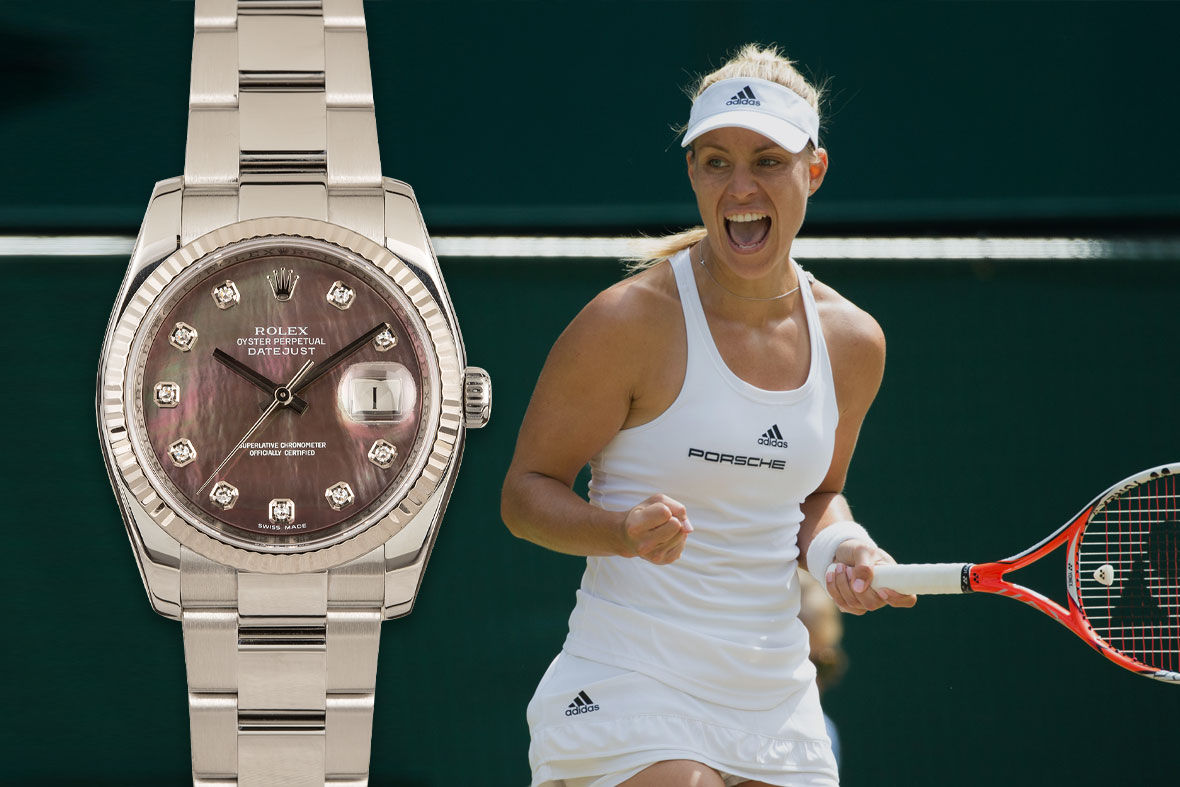 In 2011 Kerber made it to the semi-final of the US Open but was defeated by Samantha Stosur. After 15 years, she was the first German to reach the semi-finals of a Grand Slam. With some of the winnings she bought her first Rolex. Not just any random Rolex however! Angelique had chosen the Rolex Datejust 36 (Ref. 116234). After her hard fought effort she thought it was appropriate to reward herself. 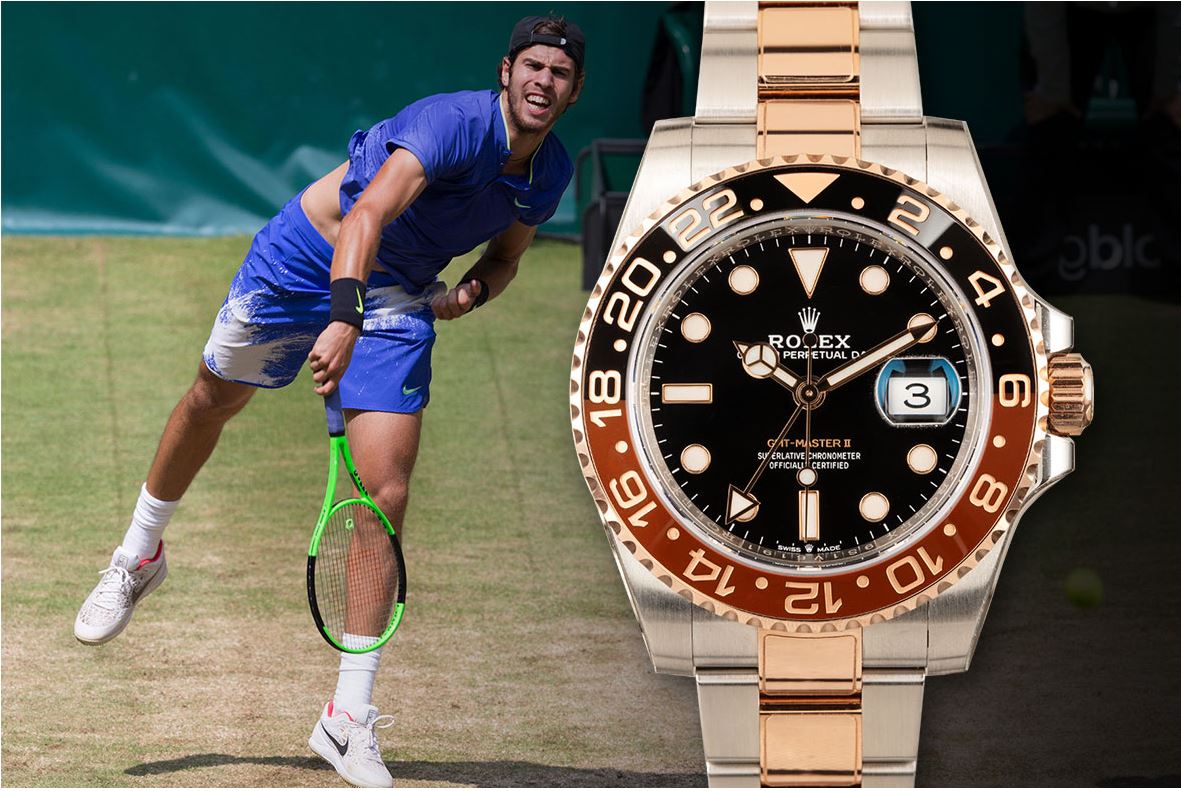 In 2019 Khachanov, 23, signed a partnership with Rolex and he has only gotten better! He is currently ranked #29 in the world and finds himself in the quarter finals of Wimbledon 2021.

His choice of Rolex is the GMT Master II “Rootbeer.”  Designed to show the time in two different time zones simultaneously, the GMT-Master, launched in 1955, was originally developed as a navigation instrument for professionals crisscrossing the globe.