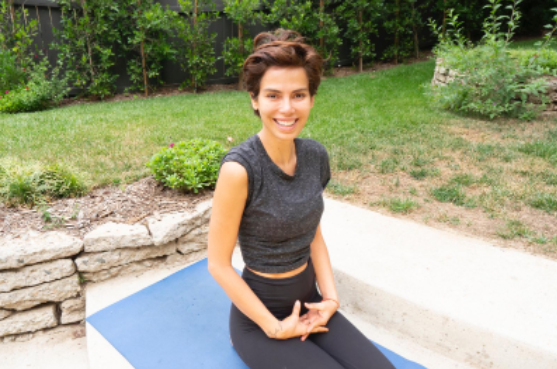 Approximately 36 million Americans practice some form of yoga, an action that is much more than simply an exercise. The value of the yoga industry is growing year after year, and it is equally as beneficial for your physical health as much as it is for your mental health. The worldwide yoga industry is worth an estimated 80 billion U.S. dollars, according to The Good Body, and flexibility and stress relief are cited as the most popular reasons for starting yoga.

The global health and wellness industry has blossomed over the past several years, as the pandemic forced people to look inward and reevaluate their general state of physical and mental health. For Dr. Ari Beers, the love of yoga came after a heartbreaking loss.

Losing her mother was one of the hardest things Dr. Beers had to endure, so she decided to turn to a journey of self-realization. She quit her job as a model and went on to learn as much as she could about spirituality, medicine and healing. It paid off: Dr. Beers now has a Ph.D. in integrated medicine, is a certified yoga and meditation instructor, is an Ayurvedic expert, and founded Anahata Conscious Living.

Dr. Beers spent years traveling all over the world, learning from some of the industry’s top gurus, like Dharma Mittra and Ram Dass. She was in India for two and a half years, and this is also the place where her life was forever changed. One morning, Dr. Beers was in a Hare Krishna temple in Mumbai, meditating as the word “Anahata” came to her. This word means “heart” in Sanskrit, and she immediately felt this work speak even deeper to her. It went on to become the name of her company, Anahata Conscious Living, a wellness, yoga and meditation collective that aims to help others discover new relationships with themselves.

With a mission to utilize yoga for more holistic purposes, Dr. Beers’ primary inspiration is to help people upgrade their “human software.” Her method is unique in that she gives people the tools to create their own, personal practices that push them to live out their true essence.

Dr. Beers tends to stray away from the modern or commercialized view of yoga. While she understands the benefits of social media or virtual yoga training, Dr. Beers prefers to maintain the integrity of the ancient practice by focusing on the simple act of transforming lives.

With the pandemic coming to an end, Dr. Beers will be going back to an in-person training model in Bali after her final virtual training on March 21. She also leads a women’s empowerment retreat once per year, which has won several awards for best women’s retreat. Dr. Beers focuses on giving back, too, through various philanthropic endeavors. She donates five percent of her overall revenue along with the charitable actions.

The JustLuxe Team strives to bring our members and readers the very best in luxury news and conversations. We love to hear your opinions and suggestions, but most of all, we love to interact with you. …(Read More)