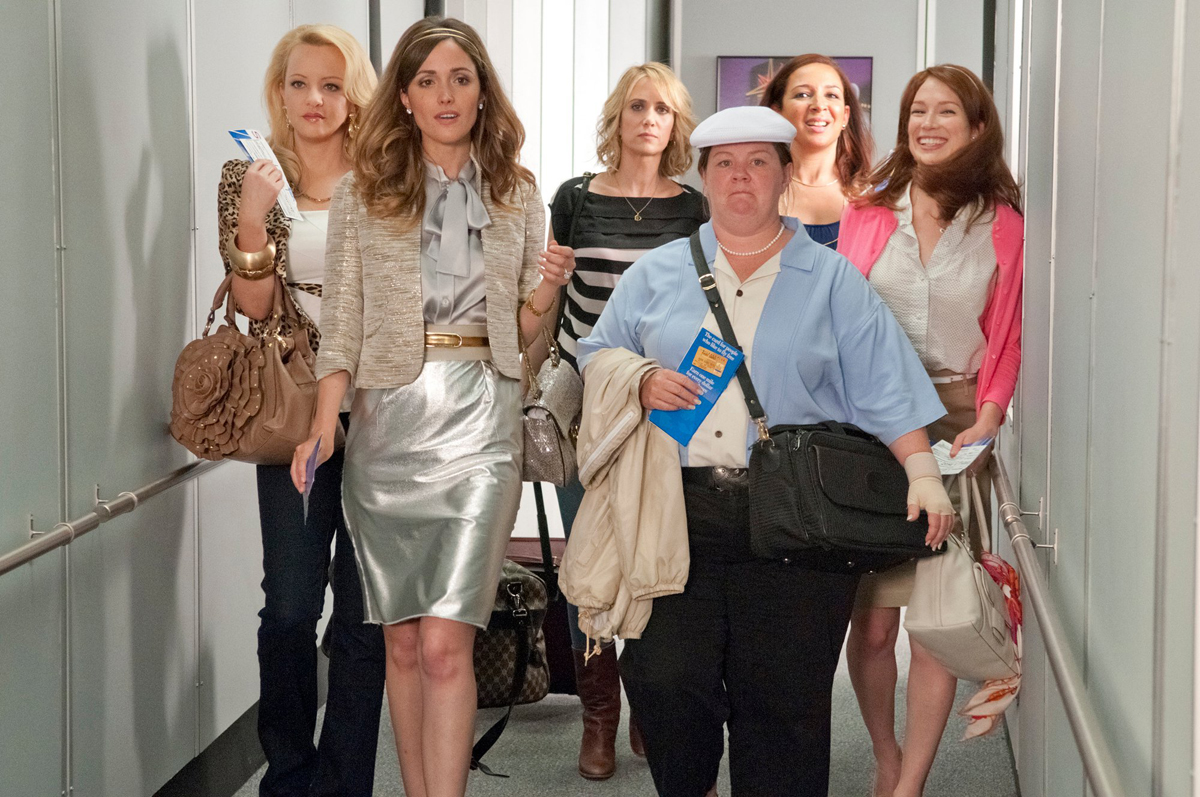 Leesa Evans is one of the people that help make movie magic. Her prolific career as a costume designer and celebrity stylist has brought her to the sets of some of comedy’s biggest hit films, including American Pie, Zoolander 2, and Bridesmaids to name a few. In fact, her work on Bridesmaids led to her nomination for a Costume Designer Guild Award for Excellence in Contemporary Film, one of the most prestigious awards that can be given to costume designers. But when she isn’t acting as Judd Apatow’s go-to designer on set, her personal business keeps her busy. She has taken on personal styling clients like comedian Amy Schumer and casually has her work shown on red carpets and publications such as Vanity Fair. Throughout our chat over the phone, it became clear that this was a woman who is a true purveyor of style as a craft and a storytelling device. 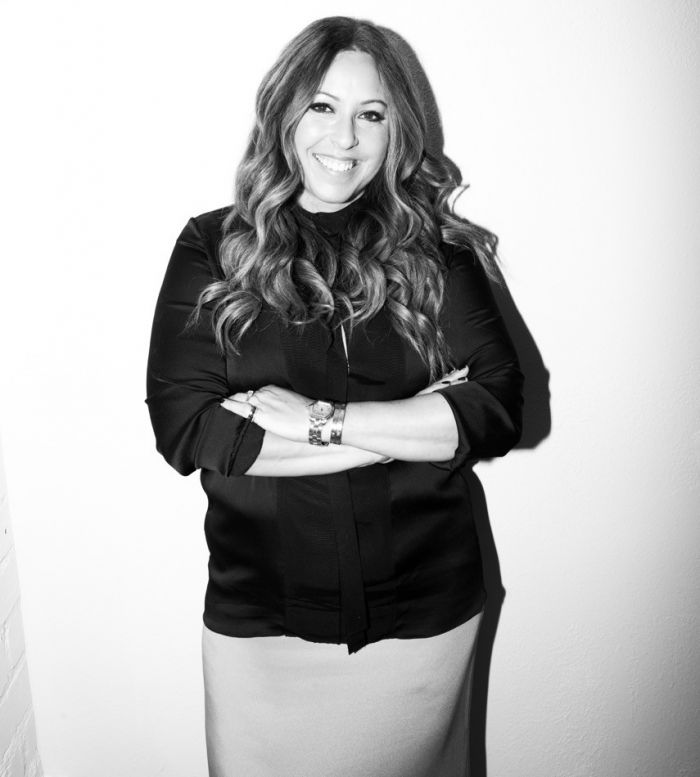 Leesa’s first forays into fashion came at a very early age. She laughs while repeating a story that her father always tells about her: at age two she had a favorite dress that she wore every day and absolutely refused to take off. Fashion played a significant role in her life due to her mother’s career as a jewelry and couture designer in the late 1970s—a few of her jewelry pieces were even shown in Harper’s Bazaar, modeled by supermodel Sheryl Tiegs. Because of her mother’s career, Leesa’s formative years were spent mingling with creative crowds and fashion insiders. When asked why she felt such a connection to this world, Leesa responded, “I’ve always appreciated fashion from an artistic standpoint. I’ve always loved how fashion made people feel.”

While her mother’s work helped to pave a path for her in the fashion world, Leesa’s career came to fruition through determination and dedication to her craft. “I always had the feeling that this is exactly what I should be doing. It was hard work from day one,” she said. After enrolling at the Parsons School of Design in New York City, at age 19 Leesa made the decision to leave school to pursue a work opportunity with a costume designer. Her work, she claims, sometimes took her into, “25 hour jobs or [working] 18 hours a day, but the creative inspiration—and the joy for creating joy—is really what kept me going.” In the beginning, Leesa started small. She initially did costume design for television commercials (of which she has done over 500 projects) and music videos before eventually transitioning into small film productions. In fact, one of the last projects she worked on as a design assistant happened to be a little film called Clueless. 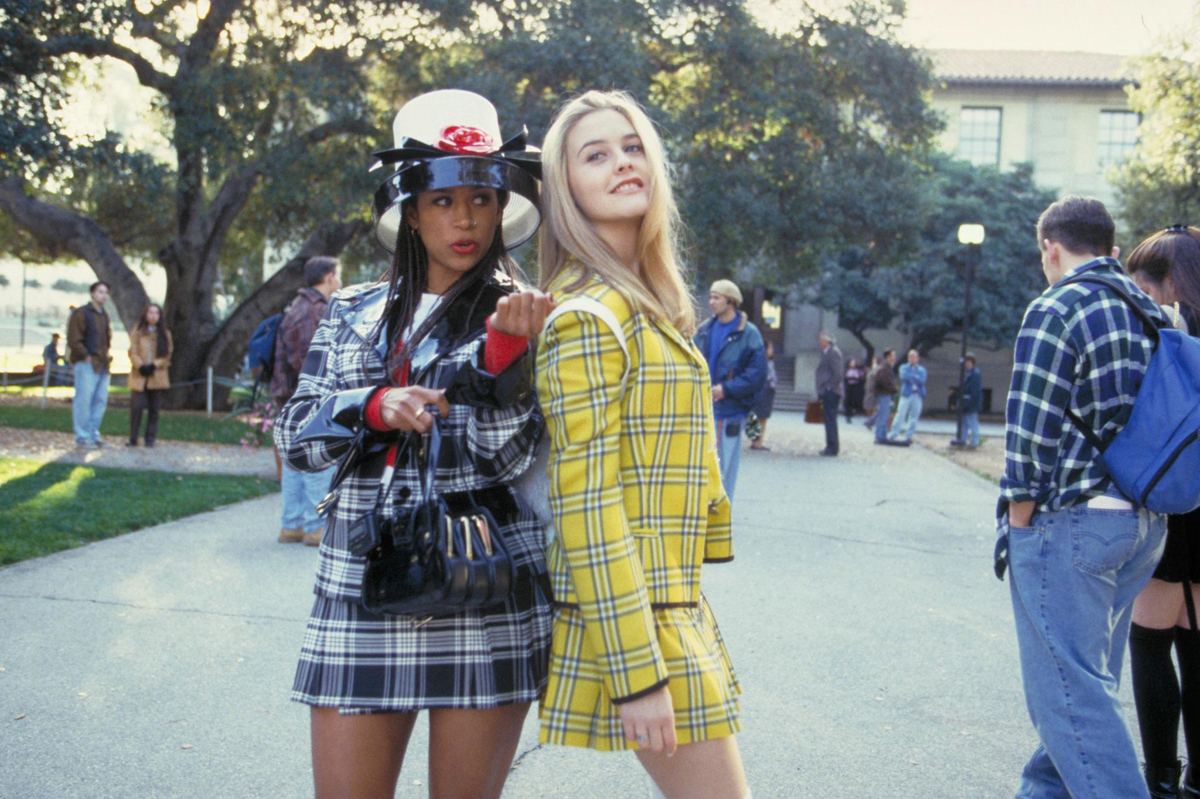 Though costume designing has driven a significant part of Leesa’s career, styling personal clients is a passion that she has explored for over 20 years. “My personal styling business launched on the philosophy that, ‘you can have that great outfit day every day,’” she says. Since launching her business, Leesa has focused on clients that are looking for a lifestyle stylist because, “it’s one thing to do red carpets, but I like the idea that people can develop such a sense of wellbeing from their day-to-day clothing. If they have that wellbeing, then the red carpet clothing becomes that much better.” While we were on the topic of red carpet events, Leesa made certain to highlight that one of the biggest things she takes into consideration when styling a celebrity is who that person is at that particular time in their life. She said that the process she undertakes usually begins with, “Understanding that person, then finding a designer with a gown that matches their attitude. It really is about listening and understanding what [a client] is about just as much as it is about what colors, shapes, and designers will really help to tell their story.”

If she could choose any celebrity to style? “I would have loved to have dressed Elizabeth Taylor or Liza Minelli back in the day…I’ve always been drawn to old school glamour. There was such an elegance during those years,” she laughs. While glamour (and the lifestyle often associated with it) is what often draws many people to a career in fashion, Leesa makes it clear that her passion is driven by a love of people. What Leesa loves most about styling is how, “it can make someone’s life easier on a day-to-day basis. Wearing clothes that you love every day creates deep confidence that really shows on the outside…I love knowing that I’ve helped someone to know that fashion is a tool to help them get where they want to go in life.” These days, Leesa works hand-in-hand with client and comedian Amy Schumer to bring elements of that old-school glamour to celebrity events. This year, she styled Amy as she walked the red carpet at the Emmy Awards in a gorgeous Zac Posen gown. 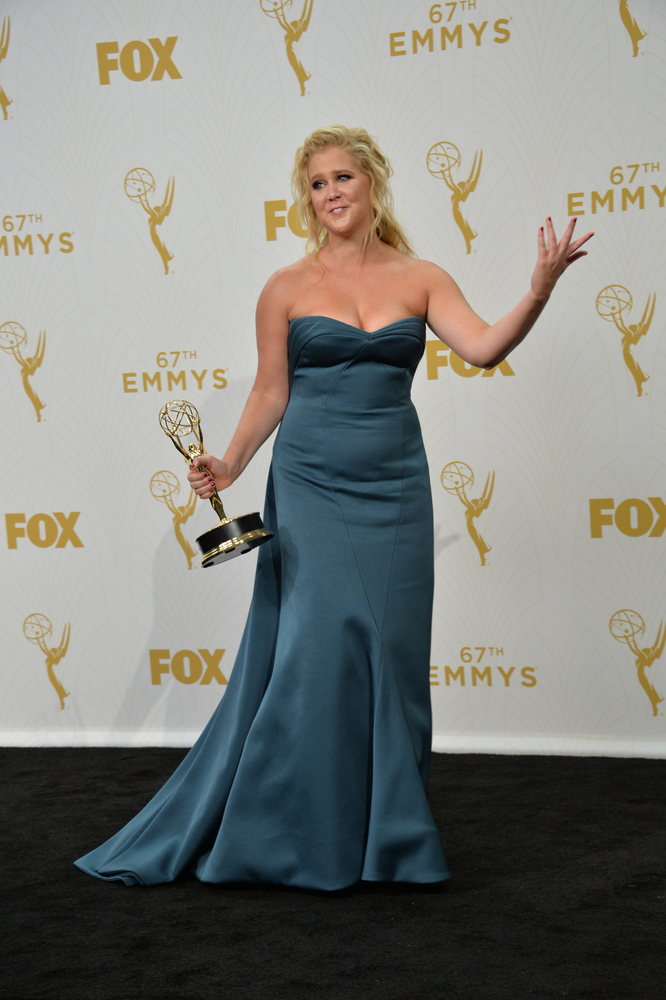 Working in fashion is about as glamorous as a profession can get, but the glitz and glam come with their fair share of challenges. When working on a comedy, one of the biggest concerns Leesa has in regards to wardrobe is making things look too funny. “It’s really fun to work on comedies, but I think there is always the challenge of getting the clothing right in a comedy. You don’t want looks to veer into silly or goofy. You want the outfits to look authentic and real so that you identify with them in a real way.” Recently, Leesa faced a serious challenge while filming a yet-to-be-named movie with Amy Schumer and Goldie Hawn. The premise of the movie takes place throughout a 48-hour day, which gave her the problem of deciding how to keep one outfit fresh and interesting throughout the entire film. One of the biggest misconceptions, she said, is that people believe design work requires creativity all of the time. “When you’re doing a film, the creative portion is really at the inception of the film, everything else after that is pretty technical. Late casting is usually a big challenge and there are always challenges regarding scenes being re-written, so there are a lot of time constraints. Anything can really change the way you style a scene.” 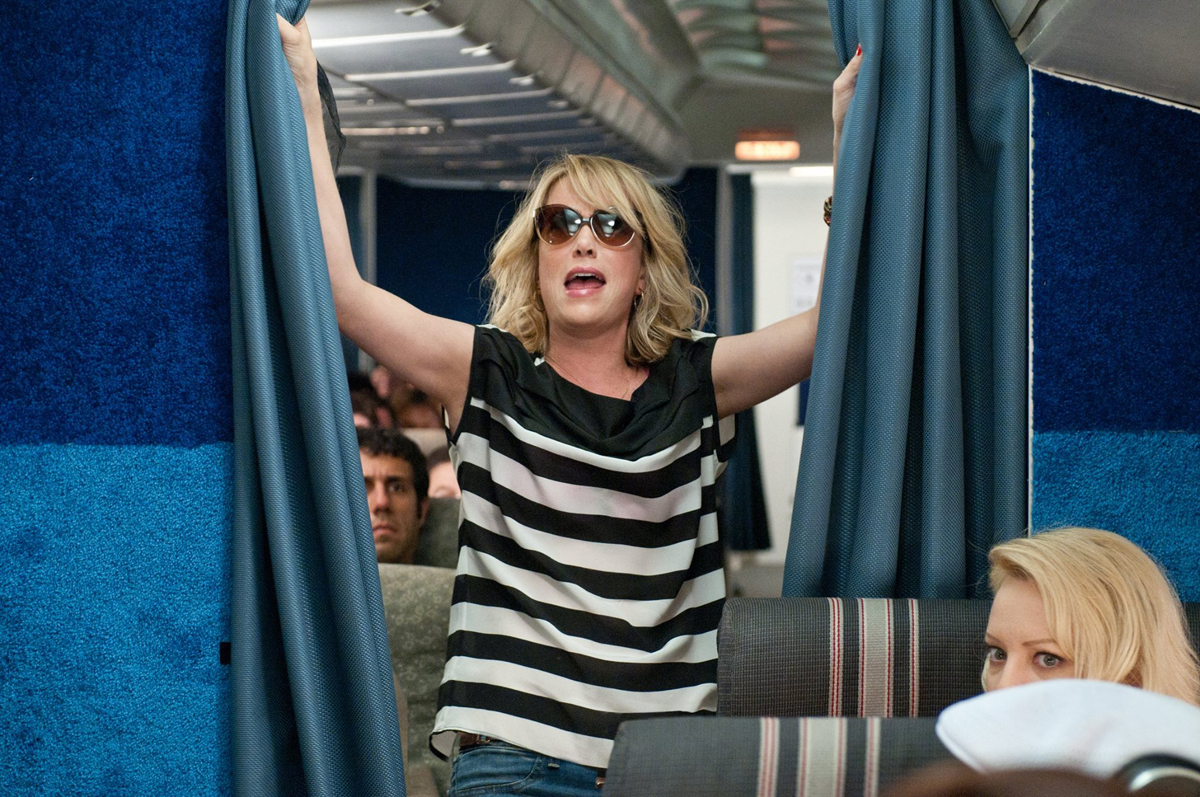 One of the other major misconceptions that Leesa often faces in her line of work? The idea that fashion is unattainable. As a stylist, one thing many people don’t initially consider is that, “fashion is a lot like getting a massage. A massage is often considered a luxury, though it shouldn’t be because it has benefits that could be incorporated into daily life. With fashion, a little time spent figuring out how clothing works for you can have great benefits for your everyday life. Working with a stylist is an attainable thing that can become a part of your wealth of good experiences, it doesn’t have to be a glamorous thing.” She emphasizes again that her favorite projects are always the ones where she can develop strong relationships with clients and collaborators. Leesa explains that she particularly enjoyed working as the costume designer on Bridesmaids with Kristen Wiig because it gave her the opportunity to tap into who the characters are and who that person might be in the real world, which seems to be a strategy she employs in all of her work. 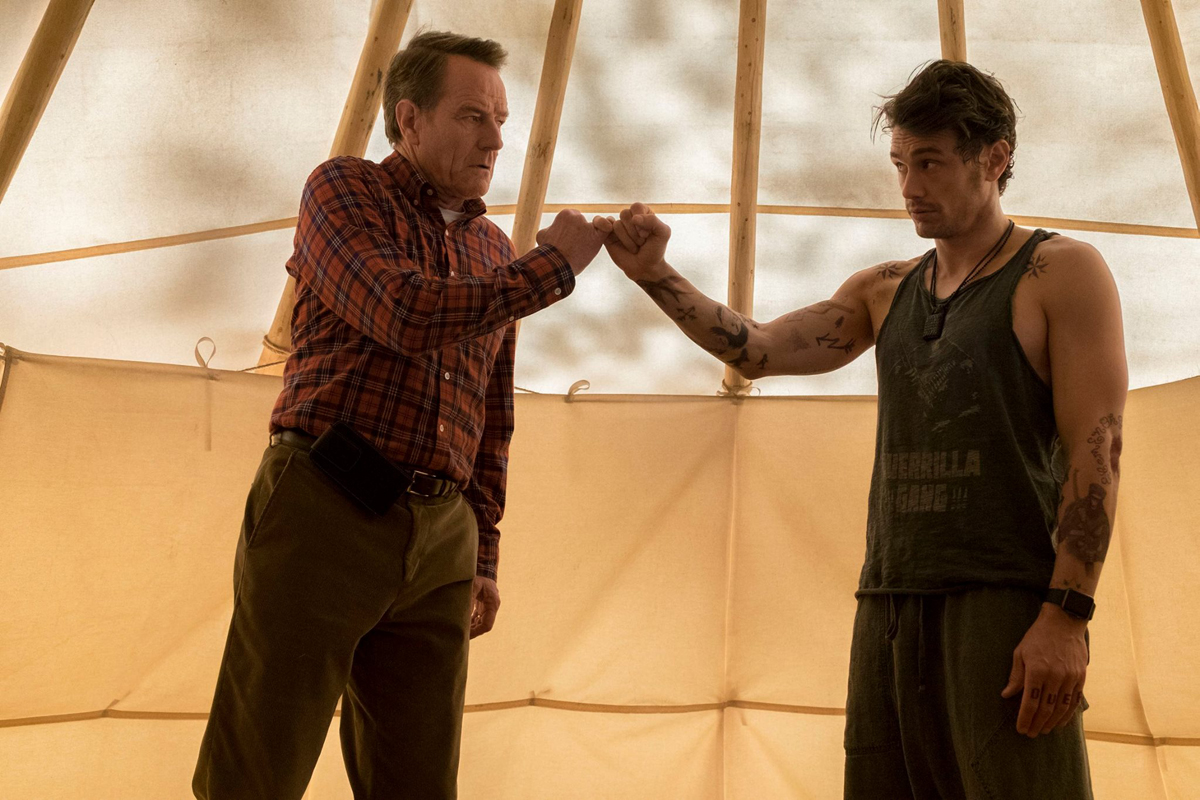 As of late, Leesa has just wrapped up two films, one of which is the Amy Schumer and Goldie Hawn production mentioned earlier in the article. The other film, titled Why Him, is starring Bryan Cranston and James Franco. Her comments about the film include serious pride about her co-workers on set. “I was so fortunate to work with so many people that I really admire. Working on that film was so fun because it was a small group of people, it felt like a family full of collaboration.” For Leesa, fashion has been a family affair from day one. Every project she does is considered not only for its aesthetic value or its storytelling ability, but for the feelings they elicit in clients and audiences alike. Her work continues to grace starlets, screens, and those in need of a style boost—we can’t wait to see what she does next.