It was a week filled with designer debuts, endearing expectations, and simply fearless fashion. As Paris Fashion Week closes this week, we highlight the five top trends from the spring/summer presentations in the city of lights:

We may not get transparency from nation leaders and corporations but our wardrobes have no such shortcomings. Among the see-through mavens were three of the highly-buzzed designer debut shows of the week.

Newcomer Neith Nyer and veteran stagers Carven, Rochas, Y Project, Vionnet and John Galliano at Maison Margiela all got in on the act too.

Fashion has embraced androgyny and challenged gender stereotypes over the last few years. This week, transgender models turned up on the catwalks for Neith Nyer, Y Project, and Koche. Julien Dossena at Paco Rabanne evoked gender flux in a show inspired by 1960s sexual liberation, which seemed to fit in seamlessly in Woody Allen’s 1972 film Everything You Always Wanted to Know About Sex. 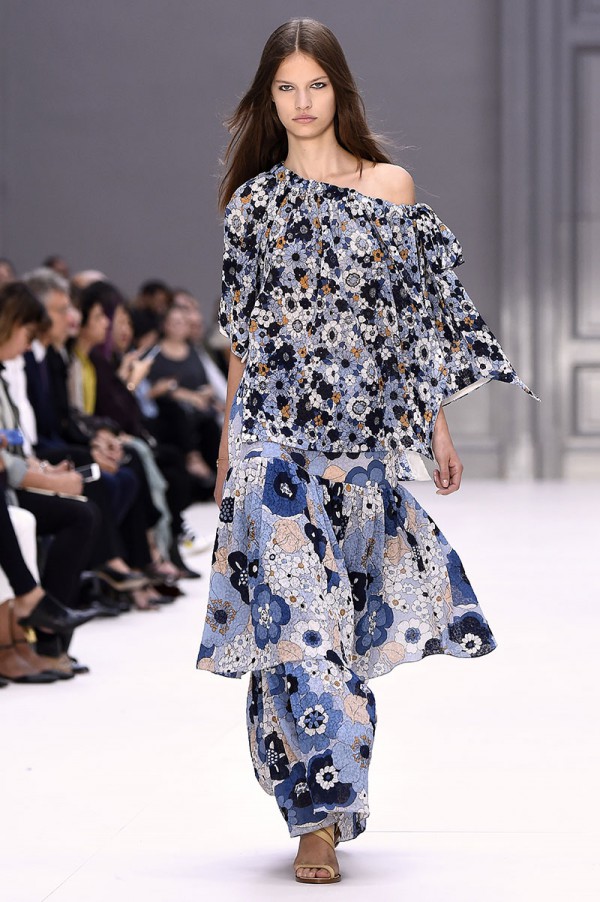 Blame it on Hedi Slimane for resurrecting the 1980s trend with his final show for Saint Laurent, the now notorious love-it-or-more-likely-hate-it 1980s super-bling “bat-wing” shoulders collection. His successor Vaccarello didn’t exactly imitate the excess part, but did gave the off-the-shoulder part his own interpretation.

The “one bare shoulder” was translated to a floaty bohemian look at Chloe (above), and Barbara Bui’s shiny vinyl variant.  The trend was also spotted at Mugler, Wanda Nylon, Vionnet, Isabel Marant, Haider Ackermann and Yohji Yamamoto shows. 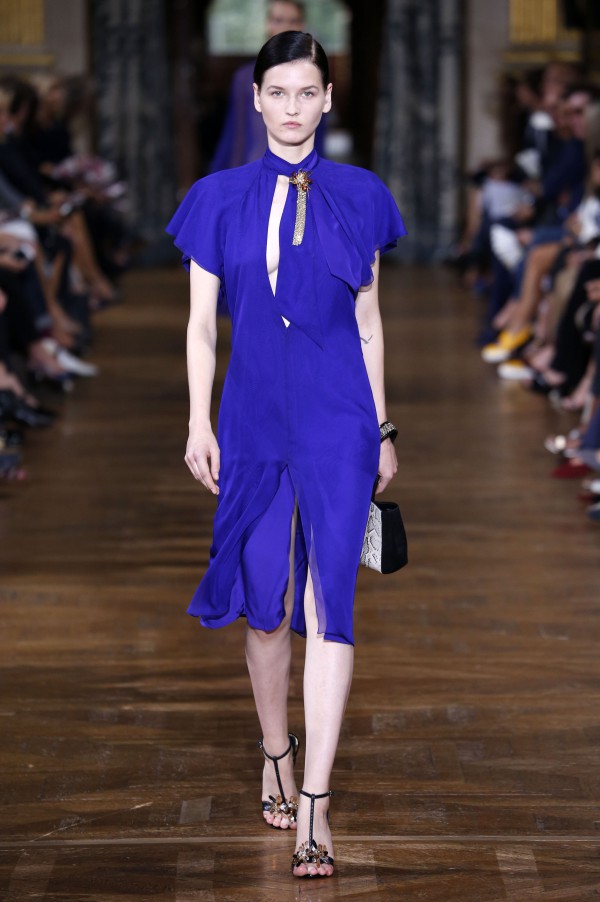 Frills are flourishing, despite the triumphant march of the minimalist brigade in the industry. Young Ukranian brand Paskal used frills as a contrasting accent to the otherwise minimalist collection, while Japanese street avant gardist Junya Watanabe folded frills into this geometrical origami creations. Anne Sofie Madsen, Andrew GN, Alexis Mabille, Lanvin (above), and even street-favorite label Off White also went the frilly direction. 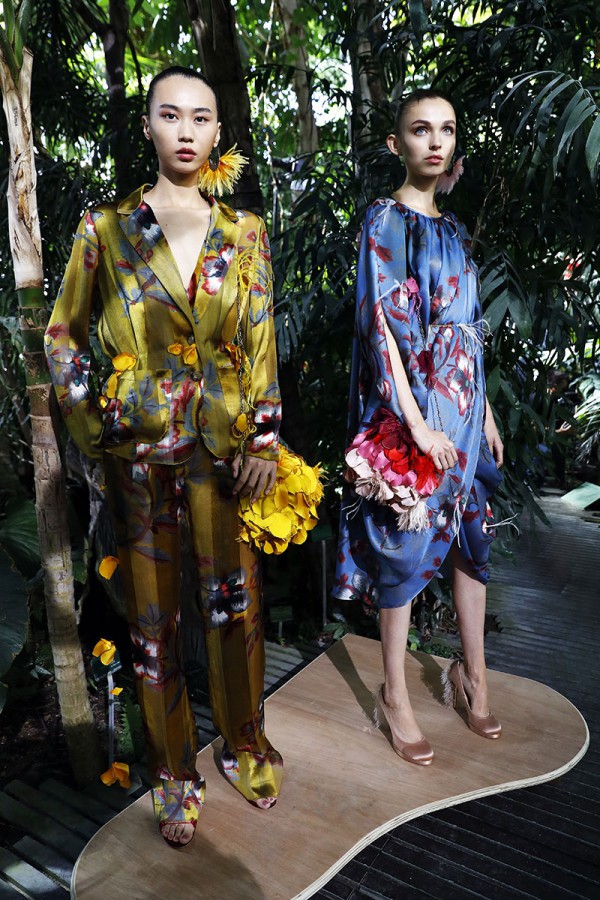 However, the influence of Japan on Western designers has been indisputably strong. Young talents Terra, Paule Ka’s (above) Alithia Spuri-Zampetti and Liselore Frowijn cited their trips to anime-land as the key to their collections. Japanese aesthetics and techniques were also widely seen on the catwalks.