Demna Gvasalia, one of the co-founders of super-popular cult fashion brand Vetements and new creative director of Balenciaga, was something of a handbag wild card when his appointment to the French brand was announced months ago. Gvasalia is young and Vetements is relatively new, and the brand focuses on ready-to-wear and shoes and has never produced a handbag. Balenciaga is a brand whose reputation among shoppers is largely based on its bags, so we were very interested to see what, if anything, would pop up in models’ hands during Gvasalia’s first Balenciaga runway show.

The answer was right in line with the high-end riffs on inexpensive consumer goods that Vetements has become known for; this time, the Balenciaga Bazar Bag’s inspiration was the inexpensive, lightweight nylon bags used by New Yorkers to haul big loads on foot (and, frankly, often used by can collectors and the city’s homeless population). Whether you find the high-end version clever or questionably tasteful probably depends on whether you buy into the Vetements aesthetic as a whole.

Either way, two smaller sizes of the bag have become available on the brand’s website, both in striped Arena leather, which is a more literal visual reference of the bags’ inspiration, and solid-color Nappa, which tones things down quite a bit. The largest ones aren’t available quite yet, but take a look at the smaller versions below and let us know if you’re buying what Balenciaga’s selling. If so, check out the full line of colors and sizes via Balenciaga. 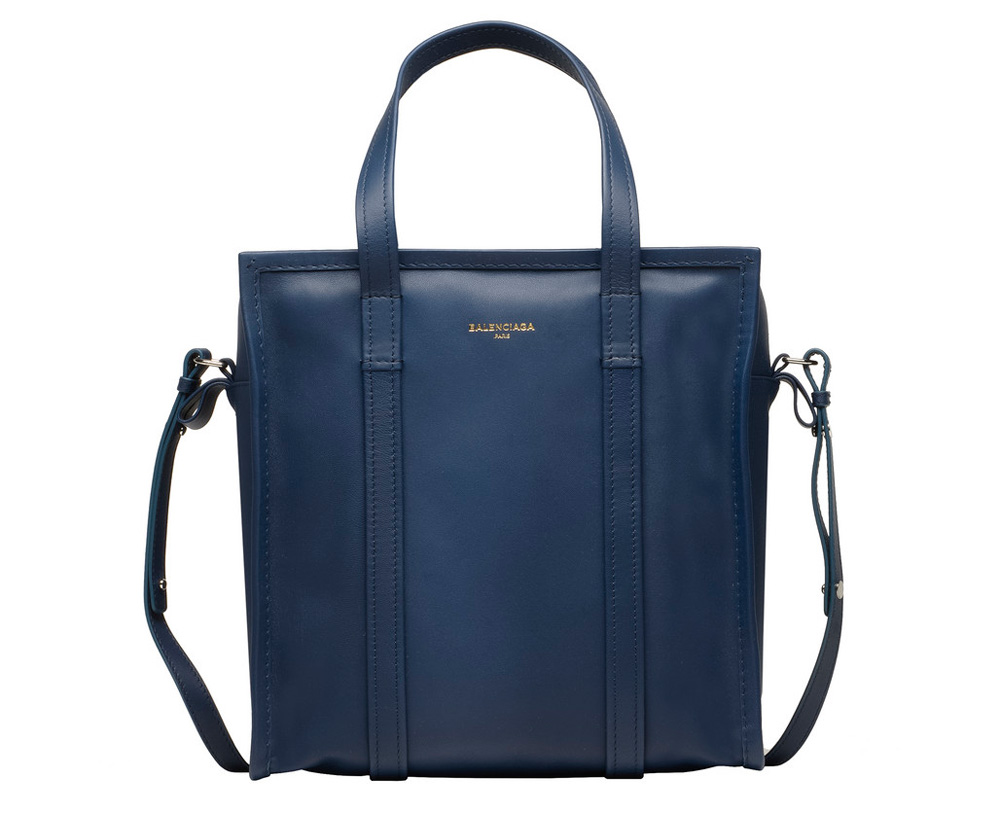 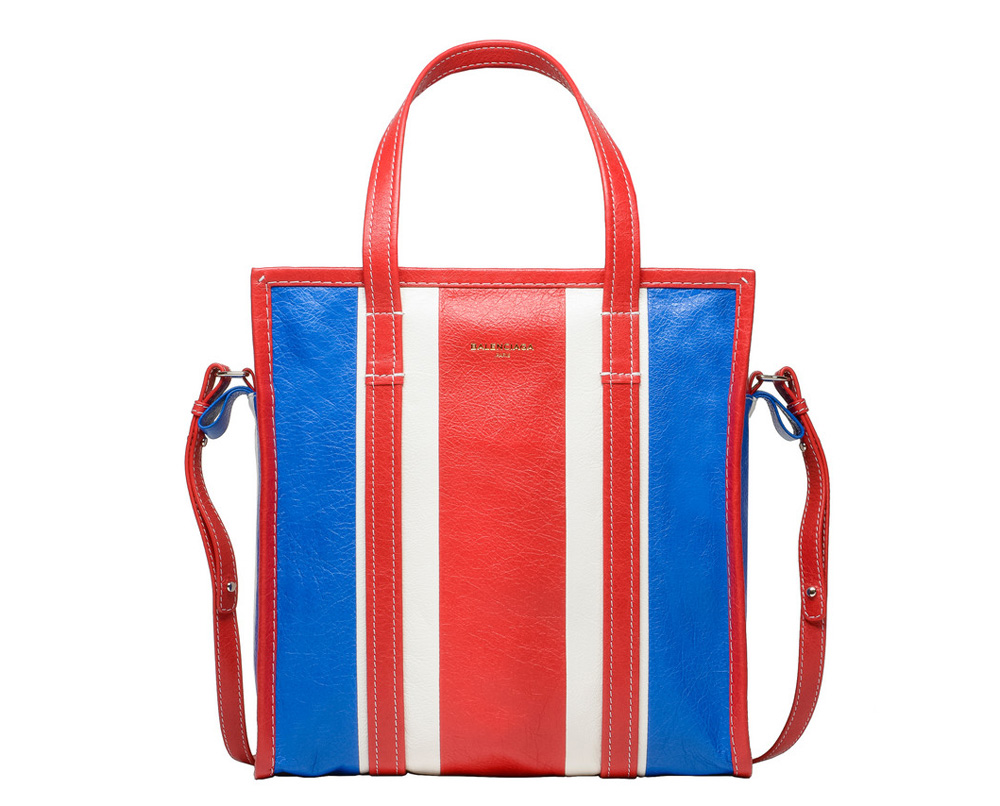