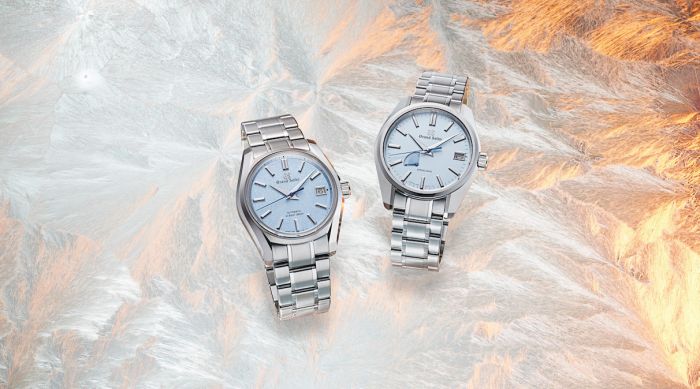 Grand Seiko introduces two new U.S.-exclusive Special Edition timepieces to its Heritage Collection. The new models are extensions within the watchmaker’s Special Edition So¯ko¯ collection introduced last year to celebrate the end of autumn and the sight of the first winter frost. 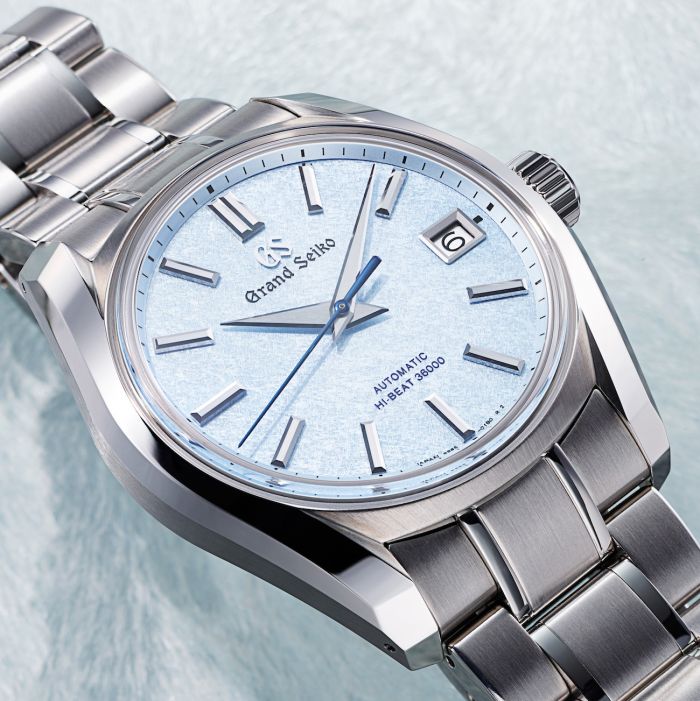 Grand Seiko says its designers were inspired by the clear blue skies over the Sea of Japan during the early winter months for the dial of this Hi-Beat 36000 model (SBGH295).

And as you might expect, both of the new models feature light blue dials.

The first new watch, the Spring Drive SBGA471, features a light blue vertically textured dial designed to mimic the frozen trunks of bamboo trees of the Arashiyama bamboo forest, according to the watchmaker. 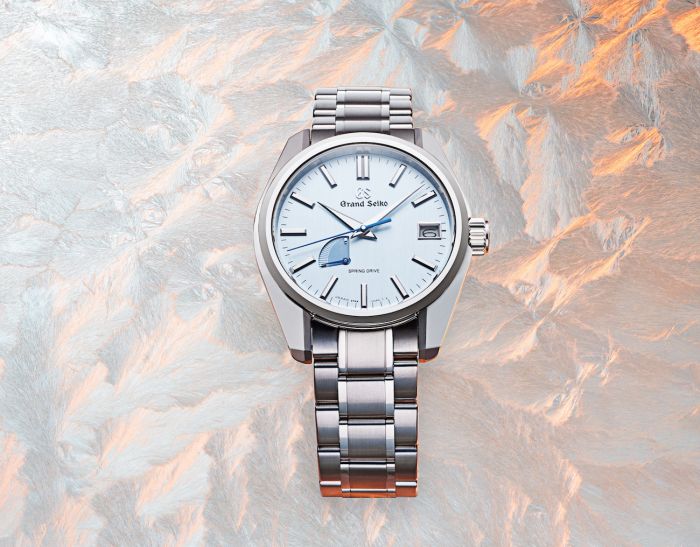 With its distinctive power reserve indicator, this watch’s dial is framed by Grand Seiko’s 44GS 40mm case (here in titanium), first seen fifty-five years ago and characterized by the watchmaker’s expertly rendered flat and mirror-polished surfaces.

The second is the SBGH295, a 40mm steel-cased Hi-Beat 36000 Grand Seiko watch with an escapement that vibrates at 36,000 beats per hour. This watch’s blue dial is framed with a mirrored, multi-sided case inspired by Grand Seiko’s first automatic watch, the 62GS, from 1967. Grand Seiko’s superb Zaratsu polishing and a bezel-free, fairly wide dial opening characterize the case. 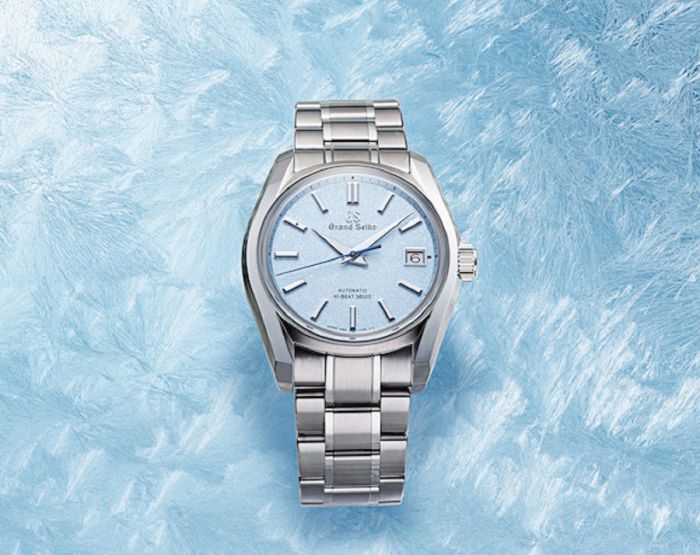 Collectors may recognize the blue dial from the Grand Seiko “ice blue” dials introduced on the first U.S. Limited Edition collection in 2018. 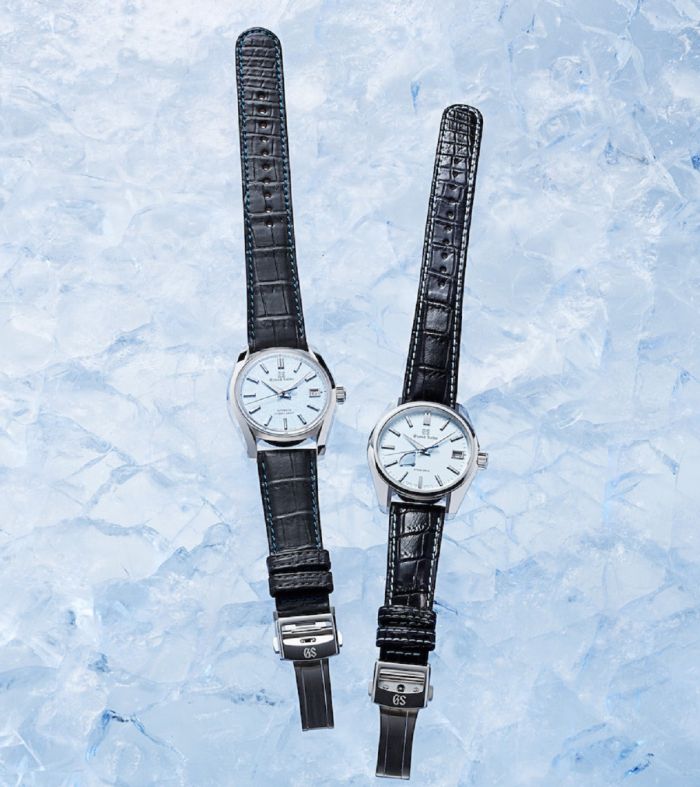 Grand Seiko powers each of the new So¯ko¯ Frost limited editions with specialties of the Grand Seiko house. In the Spring Drive model, you’ll find caliber the 9R65, which combines the high torque of a mechanical watch with Spring Drive’s unique integrated circuit control system. 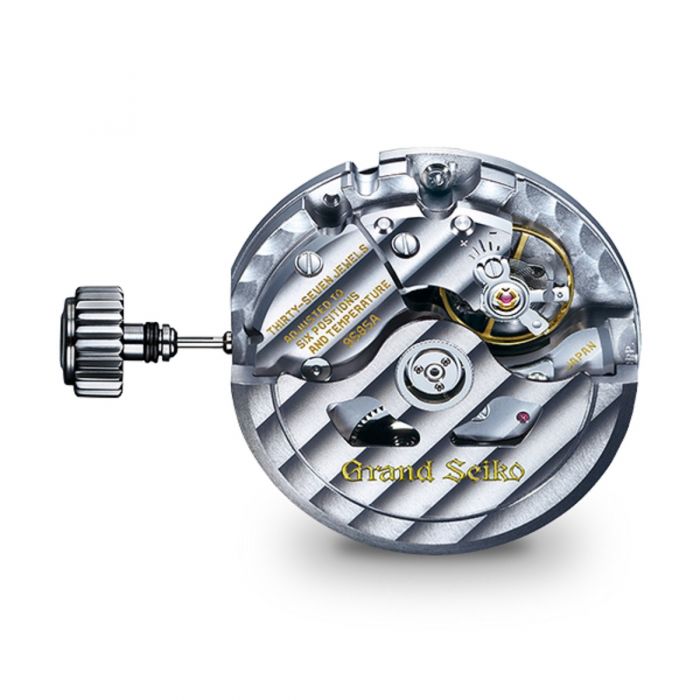 As noted, Grand Seiko places its 9S85 Hi-Beat caliber inside SBGH295. The movement oscillates at a rate of ten beats per second (36,000 vph) and yet still maintains an impressive power reserve of 55 hours.

Both watches are water-resistant to 100 meters, and each is equipped with a matching metal bracelet and a crocodile leather strap with a three-fold clasp push-button release.