The newest Bond girl in the movie “Spectre”, no other than French actress Lea Seydoux is the chosen face of Louis Vuitton’s Pre-Fall 2016 bag  Spirit of Travel Campaign. For this colorful ad campaign, the French luxury fashion house featured its latest handbags such as the Capucines and Steamer tote bags.

The Steamer bag on the other hand is quite new, released in the bag industry not too long ago. We have previously featured this bag: Louis Vuitton City Steamer Tote Bag. A beautiful and well-structured tote, the Steamer bag from Louis Vuitton is a divine perfection. For the Pre-Fall 2016 Ad Campaign, the Steamer got a facelift that it deserves which is appropriate for the coming fall with the combination of salmon pink, black and somewhat dark violet colors. It has a nametag, a hot-stamped LV circle and the engraved golden padlock for an added luxurious feel. 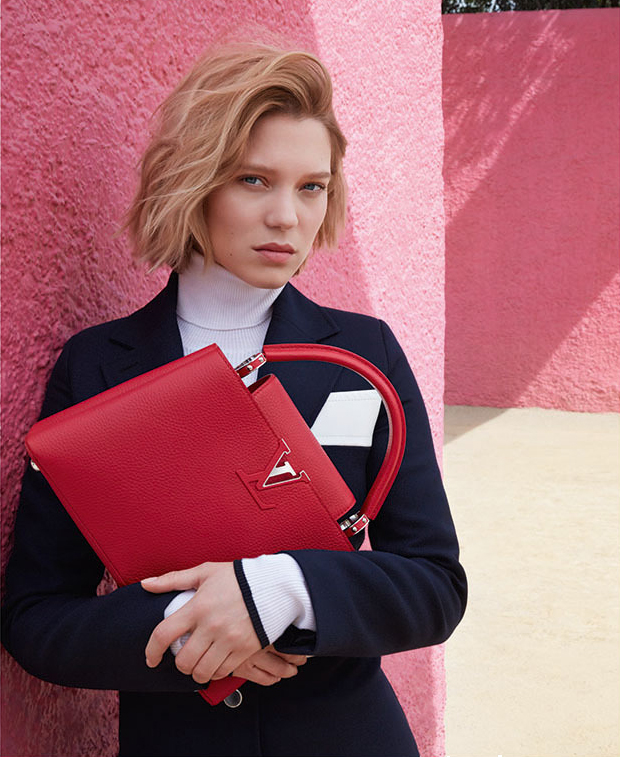