It’s been a few years since Clarisonic debuted its sonic facial cleansing brush. Since then, many skincare brands have followed suit, making these brushes more and more affordable. But of course, this makes it harder to decide which brand to use! That’s why you need to read reviews like this one.

This time, I’m testing a version from Taiwan brand Neogence called MiLLi, which claims to reduce skin breakout rate by 48%. 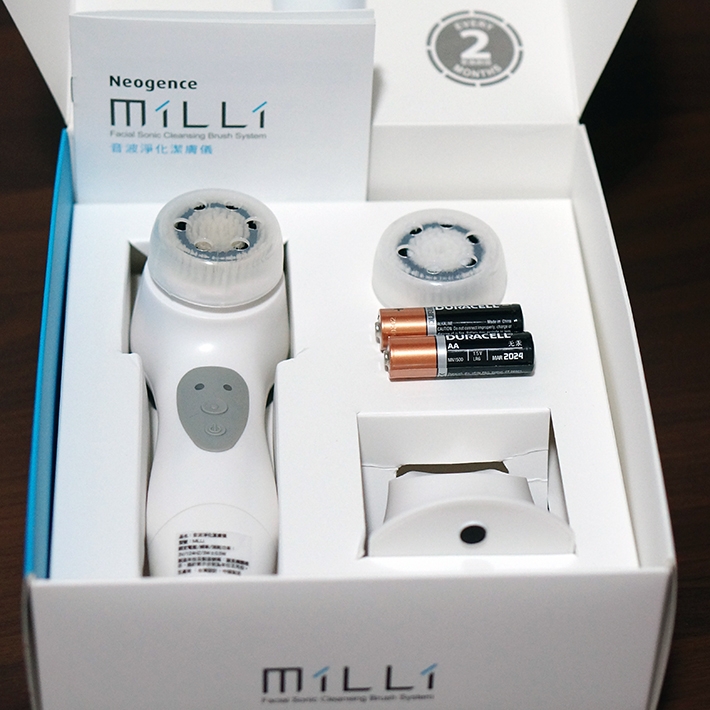 The package comes with a waterproof facial sonic cleansing brush, two normal brush heads with perforated caps, a drying stand, two AA batteries and a detailed user guide in Chinese and English. Other brush heads are also available for purchase, which include pore cleansing, exfoliating, ultra silky and sensitive types. You are advised to replace the brush head every two months.

How to use it:
There are only two buttons on the shaft: the lower is the power button, while the upper controls the vibration speed. Pressing the upper button switches the brush from normal speed (yellow light) to turbo speed (red light), which is meant for the nose, chin and T-zone. You only need to press again to switch it back to normal. The brush automatically switches off after the one-minute cleansing cycle is completed.

Like the Clarisonic, cleansing is done in exactly one minute. Simply lather up your cleanser and apply it onto the damp brush. Then switch on the device and massage on the face in a circular motion (20 seconds each for the forehead, cheeks and nose/chin). Finally, rinse your face and the brush with water, and pat skin with toner. 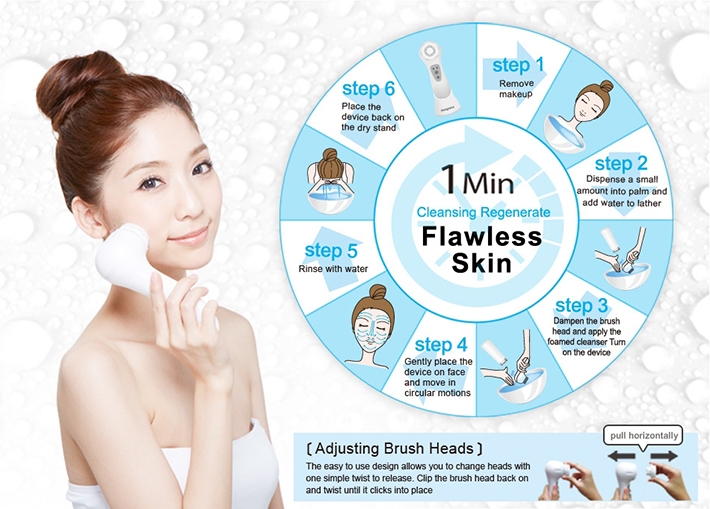 Operating it is pretty simple but now comes the tricky question: Does it actually work? To test its performance, I borrowed three tests I found from the YouTube channel “Tried and Tested”. Let’s see the results!

The ripple test
Method: Observe the amplitude of the ripples
Objective: To see how gentle the brush is. 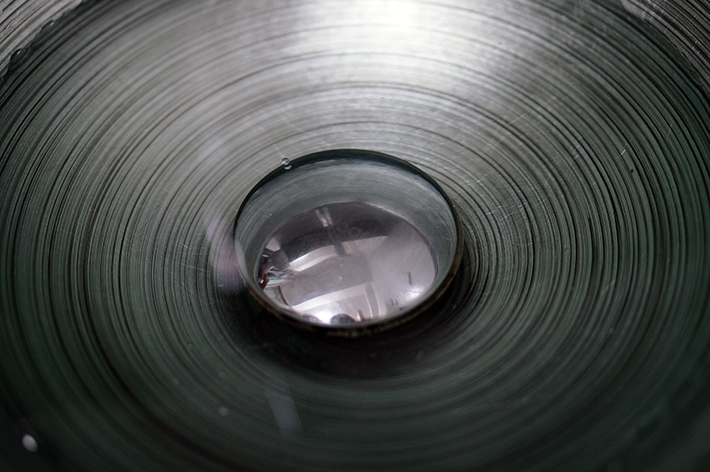 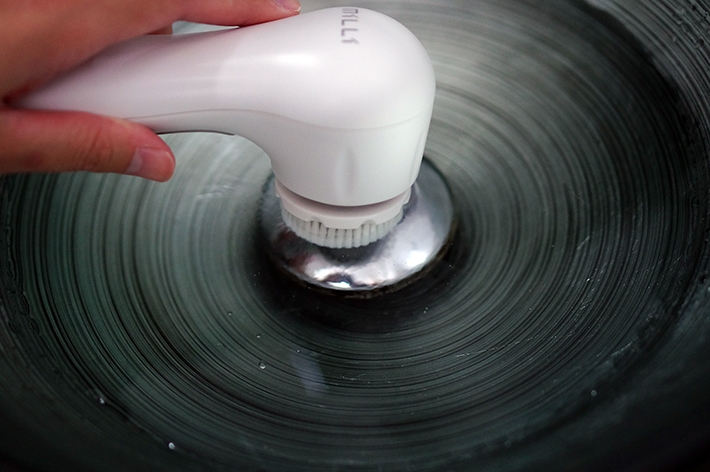 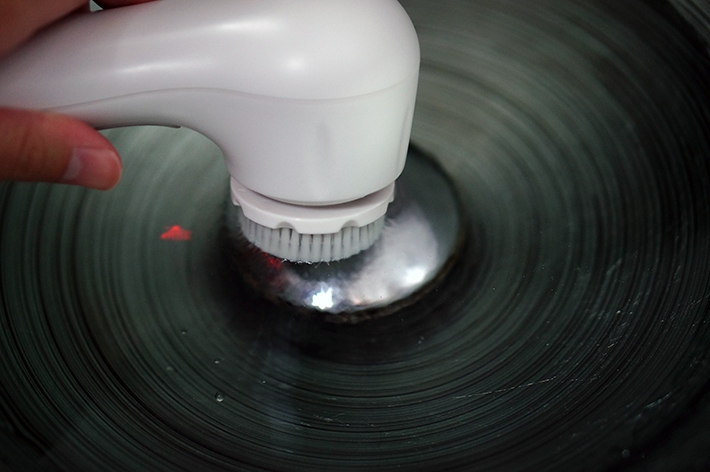 Result: Ripples are barely visible, indicating that the vibrations are fast but gentle.

The tofu test (20 seconds)
Method: Observe the texture of tofu after using the brush
Objective: To see how gentle the brush is. 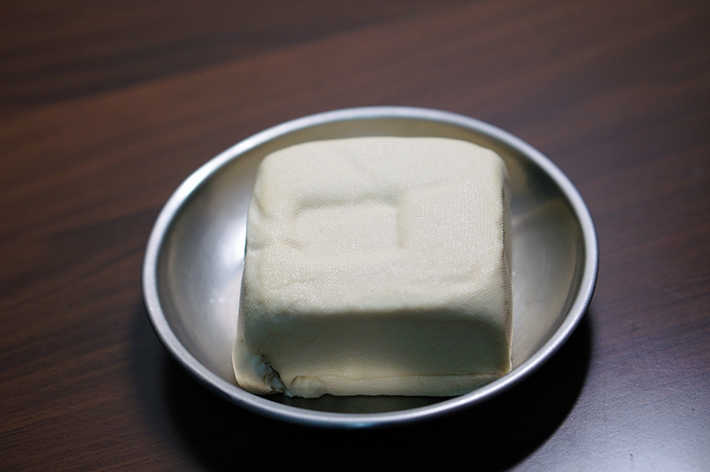 After using the turbo mode for one minute

Result: No visible changes on the tofu’s texture even after using the turbo mode for one minute, indicating that the brush is soft on skin. 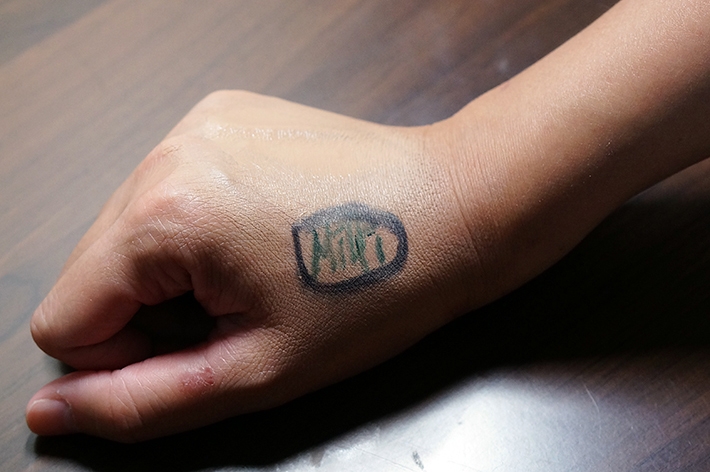 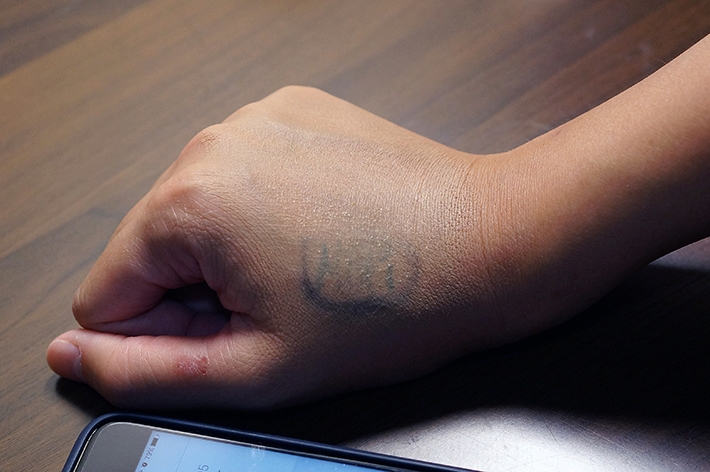 After using the normal mode for 20 seconds 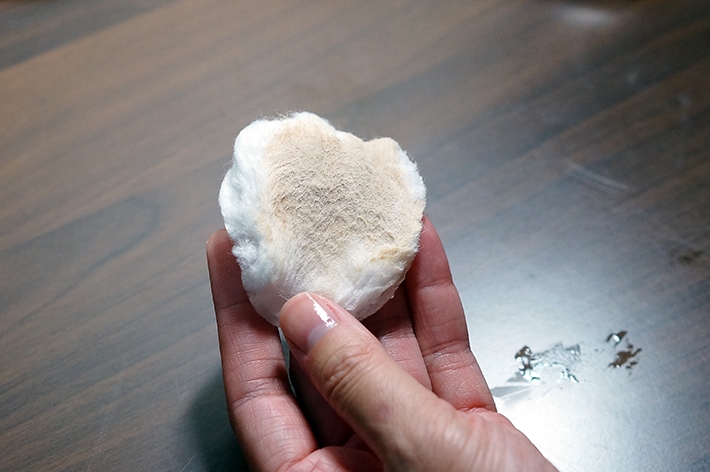 Result: The eyeliner was almost gone while some foundation still remained, indicating that the brush is somewhat effective in cleansing.

One important reminder is that you shouldn’t actually use the brush for makeup removal. Doing so will ruin your brush and your face (which means my brush is ruined now). The above test is only to show its cleansing power.

My personal experience
Though the brush performed well in the tests, it didn’t pass my skin test. I got a mild breakout and whiteheads on areas that don’t normally get irritated after using the brush once a day for a week. I was quite disappointed with the results and had to stop using it. Maybe the softer sensitive brush head will suit me better.

And after leaving the brush on the windowsill of the bathroom unattended for one month, the batteries inside started to decompose, the alkaline leaking from the batteries. When I tried to wipe it away with tissue, the spring came out. 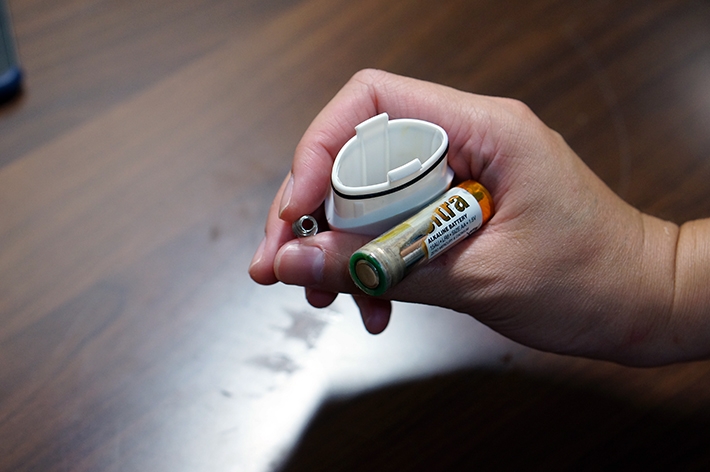 I decided to put back the spring into its original place and fortunately it worked. Lesson: Like all electronic devices run by alkaline batteries, remove the batteries when not in use!

Conclusion:
MiLLi has in fact launched a third generation of sonic facial cleanser, which uses a magnetic charger, three different speed modes, gentle and turbo buttons that change vibration speed only when you keep pressing, a battery life indicator and a beeping sound every 20 seconds to remind you to switch areas on your face. It also comes with a drying stand that can accommodate two brush heads and is available in white or pink-and-blue. I’m thinking that the improved version might work better! 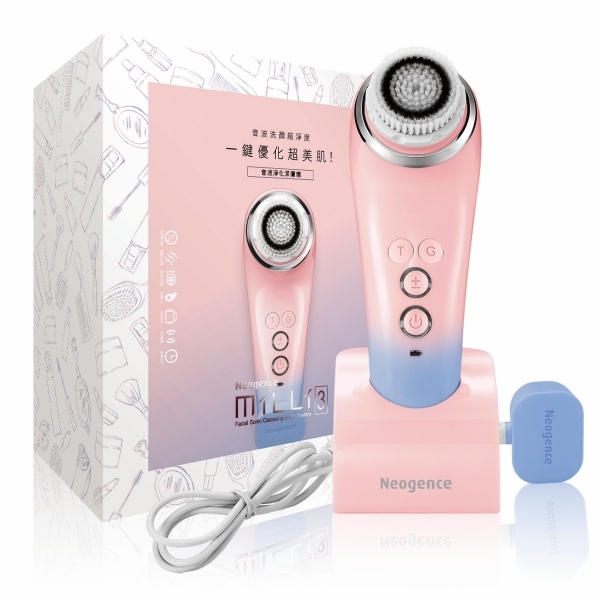