The fashion pantheons will forever remember Versace for slinky dresses held together by safety pins, a flowing and cleavage-adoring jungle-green dress, gaudy printed silks and lurex miniskirts. Gianni Versace set the standards for his house back in the ’80s and ’90s and since Donatella took his place as the creative head of the brand, there’s been a sense of struggle between obeying the va-va-voom of Gianni, and the more “real woman” sensibilities of Donatella – well, as far as smoking Marlboro lights and drinking champagne is relatively real. 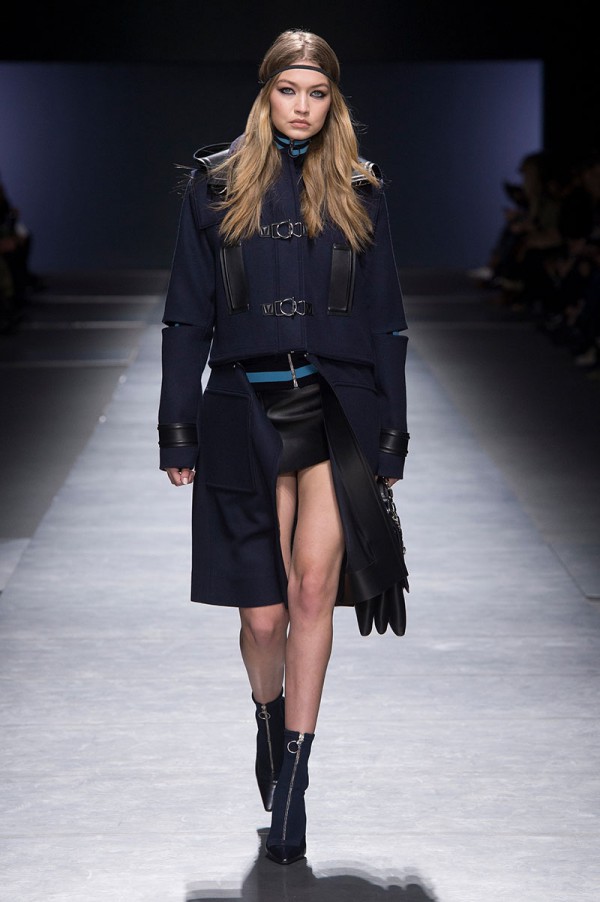 FW16’s outing from the brand is, on the surface, perfect for the times. Donatella opened her show with a series of tightly tailored sportswear silhouettes: leather panelling atop heavy felted wool – here was the street and the urban sense. Progressively, the color story evolved from a sober grey and navy to electric turquoise, bright spectrum-grazing yellow and outright hot pink – the fun was back in. The show really hit its stride when Karlie Kloss, Amazonian embodiment of the Versace woman that she is, stalked out wearing an asymmetrical mini-dress. Its hem and neckline sat at two different lengths. The left panel of the dress featured the brand’s recurring graphic motif this season: jagged lines racing down the dress panel that called to mind topographical lines and uneven edges left by a tear. The look was simple, suggestive and flattering, yet respected a woman’s right to choice of exposure. In other words, it was a damn good dress. 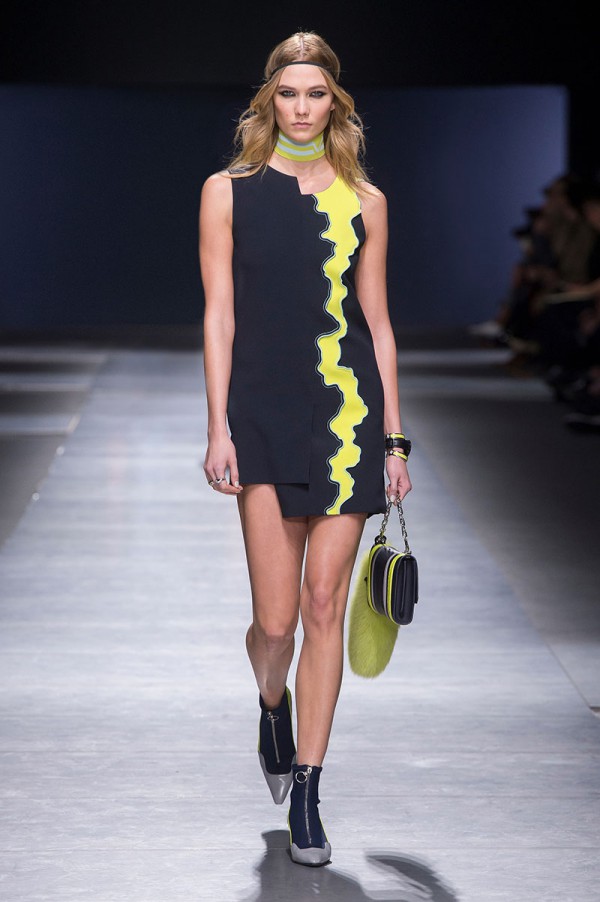 Donatella’s defining moment this season is mastering the subtle gesture. Notice the adornment of zips on garments that function as much hardware as cut-out features. Here’s where the Versace sexiness comes in: tempered and treated so as to put flexibility in the wearer’s hands. The tailoring and urban utility is a valiant attempt (as much as the Gigi Hadid and Karlie Kloss-fronted advertising campaign) at getting the Versace woman out of the club and into the real world. Where the brand indubitably shines, though, is its special ability to make goddesses out of women. And this season, according to Donatella, who says the ordinary woman can’t be one?

This article was first published in L’Officiel Singapore.