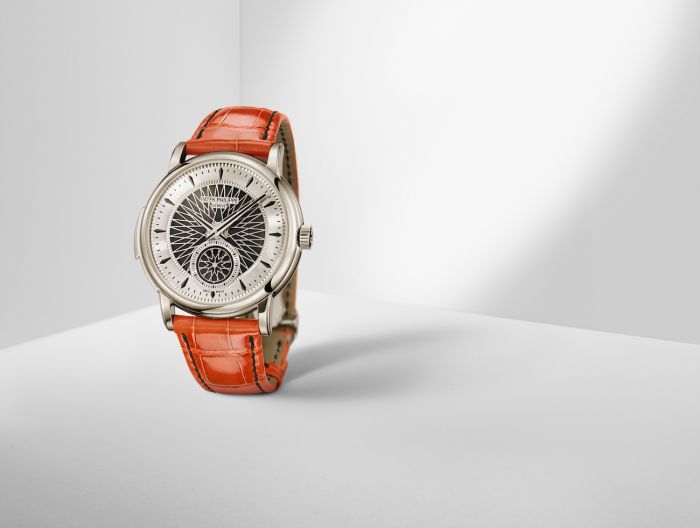 Patek Philippe underscores its reputation as the source for the finest minute repeaters with a new model, the Ref. 5750 Advanced Research Minute Repeater, an extra-loud chiming wristwatch that utilizes a new sound amplification system. 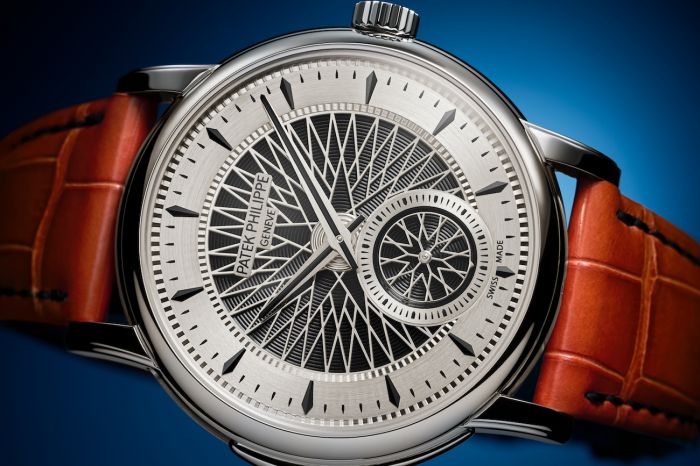 The Geneva watchmaker says its new watch delivers dulcet time-telling tones that can be heard up to 180 feet away from the wearer’s wrist. 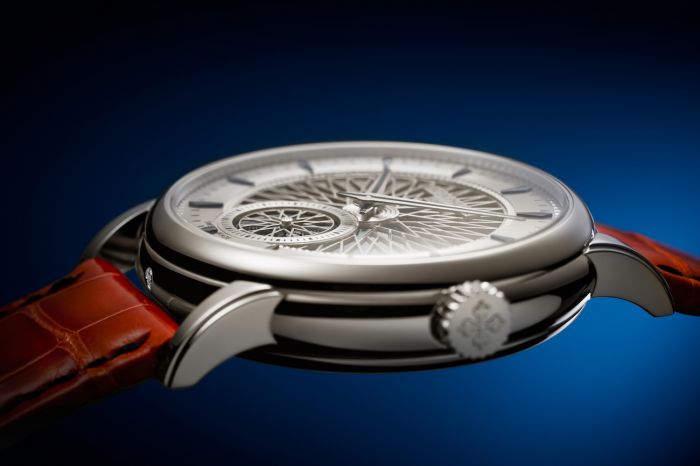 The watchmaker says its new system, for which Patek Philippe registered three patents, essentially builds a novel pathway for the sound to reach the wearer’s ears. The hammers on the new model, built directly from the design of Patek Philippe’s famed caliber R 27 PS (from 1989), strike in a traditional manner on a titanium ring. Then the new ‘Fortissimo ff’ module takes over to amplify the tones. 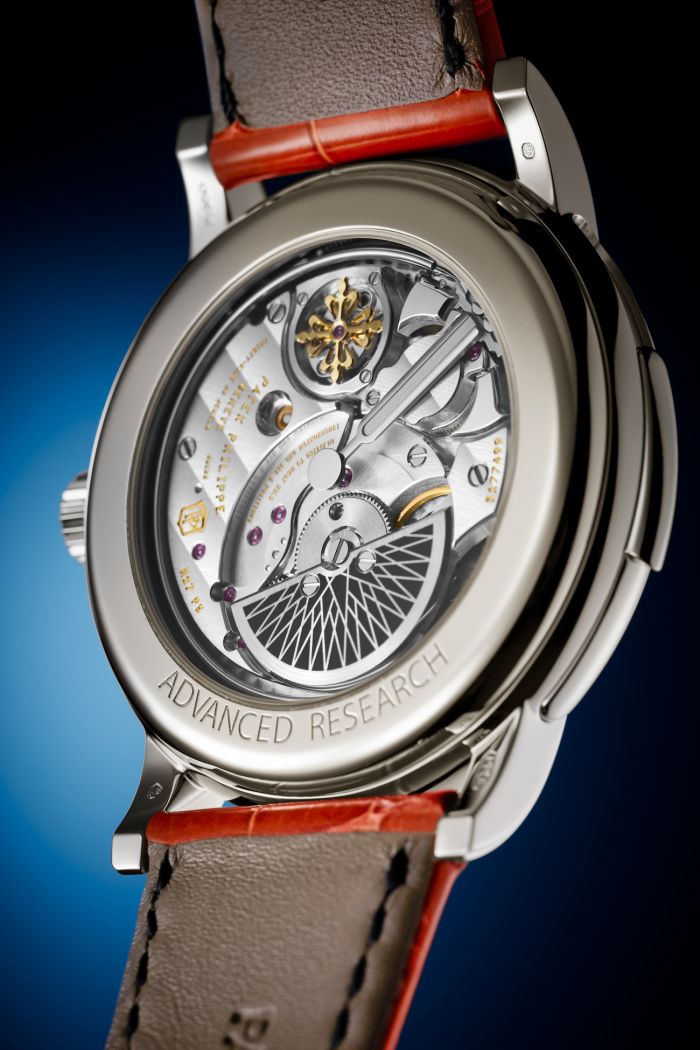 The new design transmits the gong oscillations to the sapphire wafer, which, unlike a traditional repeater, is not connected to the case and vibrates on its own. This effectively amplifies the sound, sending it out through four openings at 12, 3, 6, and 9 o’clock in the titanium ring. A dust filter protects the movement.

As noted, the resulting chimes can be heard up to 180 feet away from the watch, according to Patek Philippe. Traditional repeaters become difficult to hear approximately when listening thirty feet from the watch. 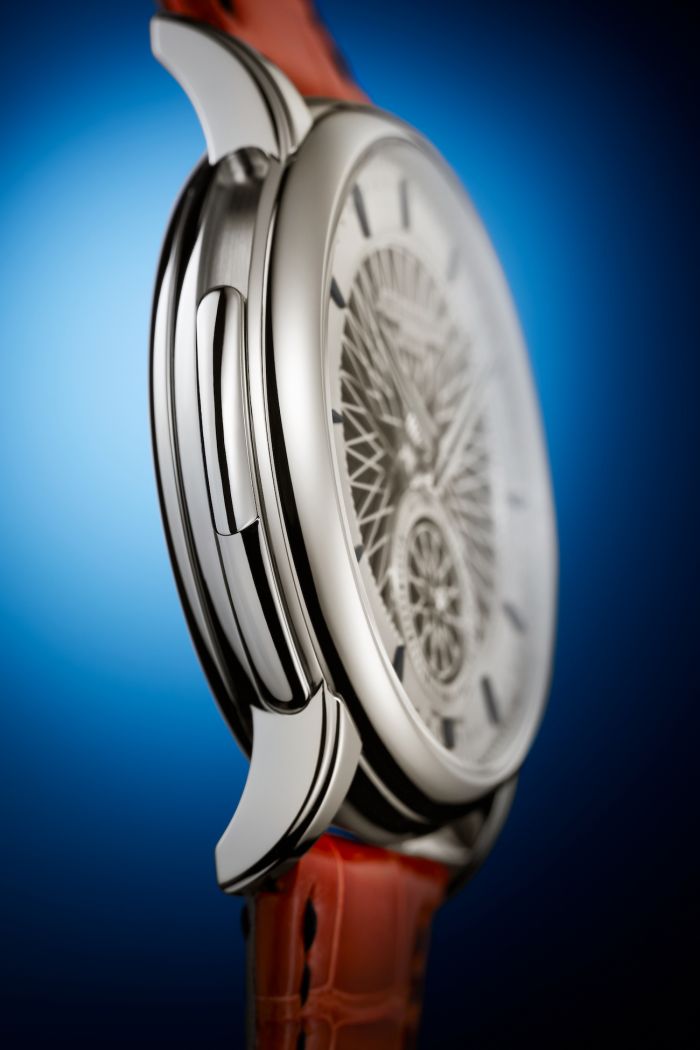 Since the sound waves created using the new ‘Fortissimo ff’ technology never touch the watch’s case, the case metal for the watch does not affect the sound.

However, Patek Philippe did make several metal changes to the movement design when compared to the slide-activated Ref. 5178-minute repeater, which served as the inspiration for the new Ref. 5750. 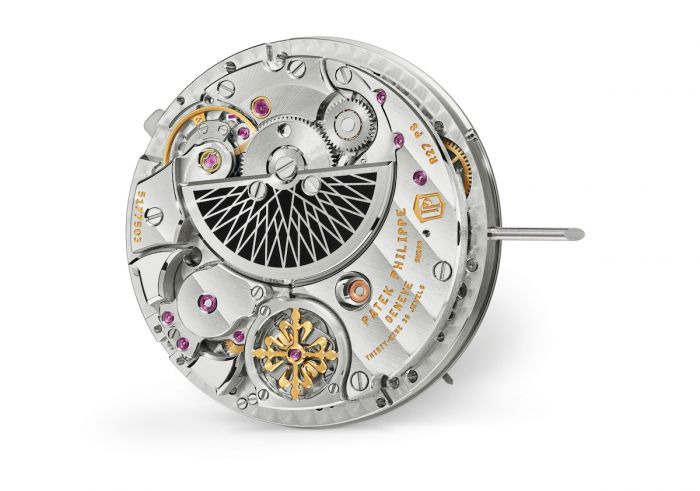 A mini-rotor in platinum replaces the original model found on the Cal. R27. With its greater material density, the platinum version delivers the same winding power but with a thinner design.

The watchmaker replaced the steel hammers found on the Ref. 5178-minute repeater with platinum hammers, which produce a softer strike. Furthermore, a mini-rotor in platinum replaces the original model’s gold rotor. With its greater material density, the platinum version delivers the same winding power but with a thinner design. 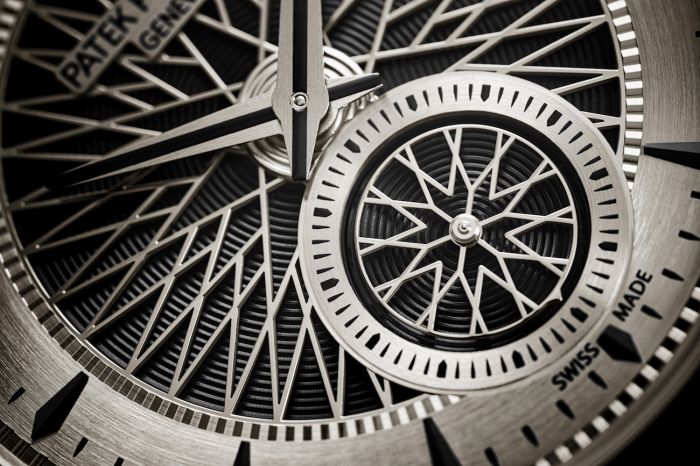 The watchmaker says spoked wheels of 1960s automobiles inspired the watch’s skeletonized dial. The primary dial is inset with a seconds subdial with a similar pattern. And in another break from Patek Philippe tradition, the second's dial indicates seconds using a rotating disc rather than a traditional hand. 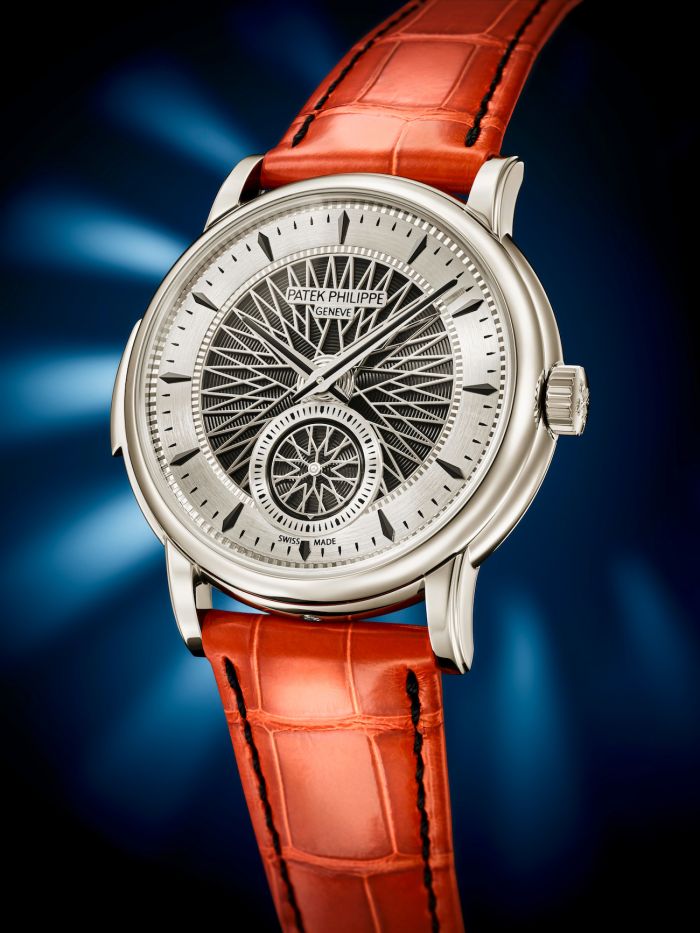 Below we list the technical achievements of Patek Philippe Advanced Research division since its first results in 2005.

2005: Silinvar, a novel, patented material based on monocrystalline silicon. It was developed in collaboration with Rolex, the Swatch Group, and CSEM in Neuchâtel, and is suitable for applications in watchmaking. Also in 2005: First escape wheel in Silinvar. This new part improves dependability because it requires no lubricants. It also reduces the mass to be moved (better efficiency), is corrosion-resistant, and remains perfectly concentric.

2006: Spiromax balance spring in Silinvar, which optimized rate accuracy by improved isochronism thanks to concentric breathing (expansion and contraction) of the balance spring.

2008: Pulsomax escapement in Silinvar, which optimized geometry of escape wheel and lever and increased energy efficiency by 15%.

2017: Optimized Spiromax balance spring. Also, correctors with a compliant mechanism in steel. This utilizes the elasticity of materials in microstructures and replaces articulations with pivots and leaf springs. This technical development offers numerous advantages: simplified assembly (12 parts as opposed to 37 previously), flatter design, no mechanical play, no friction, no arbor wear, which results in totally lubricant-free functionality and excellent energy efficiency.