With a fashion season disrupted along with everything else in the world, Prada decided to showcase their new collection not only through the digital lens but the lens of five different creatives. The collection, Multiple Views SS21, was designed to be seen from different angles, different perspectives, in five distinct chapters. It’s a new way of looking at a collection entirely.

Terence Nance, Joanna Piotrowska, Martine Syms, Juergen Teller and Willy Vanderperre each created a film for the collection, capturing a facet of the Prada lineup, with their own distinct creative statement and ideology. These five fashion films, presented as a singular piece, collectively create The Show That Never Happened. Each interpretation, each perspective, each view is unique and while seen through differing presentations, every iteration still keeps an eye on the fashion. The clothing takes center stage, showcasing the beauty of the individual pieces despite the diverse showcases. 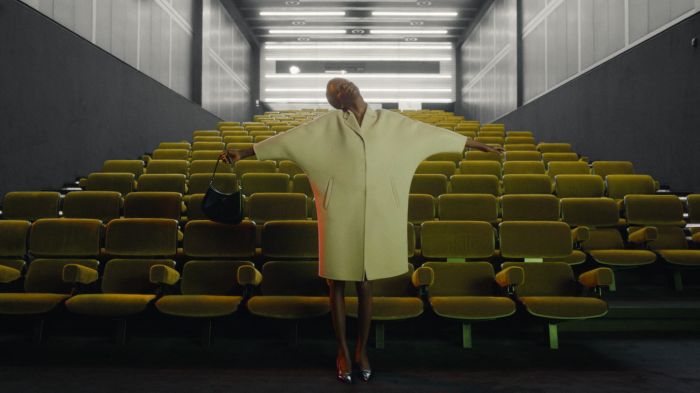 “Prada evolves and changes every season, this season, the part we were shooting and filming felt like an honest collection. Stripped from fashion ideas, which turns that idea into fashion again,” explained Willy VanderperreI. “It also felt introspective and slightly schizophrenic. A look into the past with the future ahead. I hope that the audience feels that in the movie, a distilled pure and honest presentation of the collection.”

In Chapter I, Vanderperrel’s video, mop-topped models walk across the screen in black and white wearing trim-fit suits that feel as if the early Beatles were back and reimagined for the 21st century. Women’s dresses are tucked into an hourglass shape, giving a feminine delicacy to the pieces. While Teller’s Chapter II, combines film and photography in full color, putting models in an industrial backdrop, seemingly juxtaposing the silhouette of the designs with the architecture of the setting. Chapter III, created by Joanna Piotrowska, relied on nonverbal communication with the models snapping, clapping and posing their way through communicating the collection. The film heavily focused on details, showcasing things like straps and buttons that were lost in the artistry of the previous iterations. 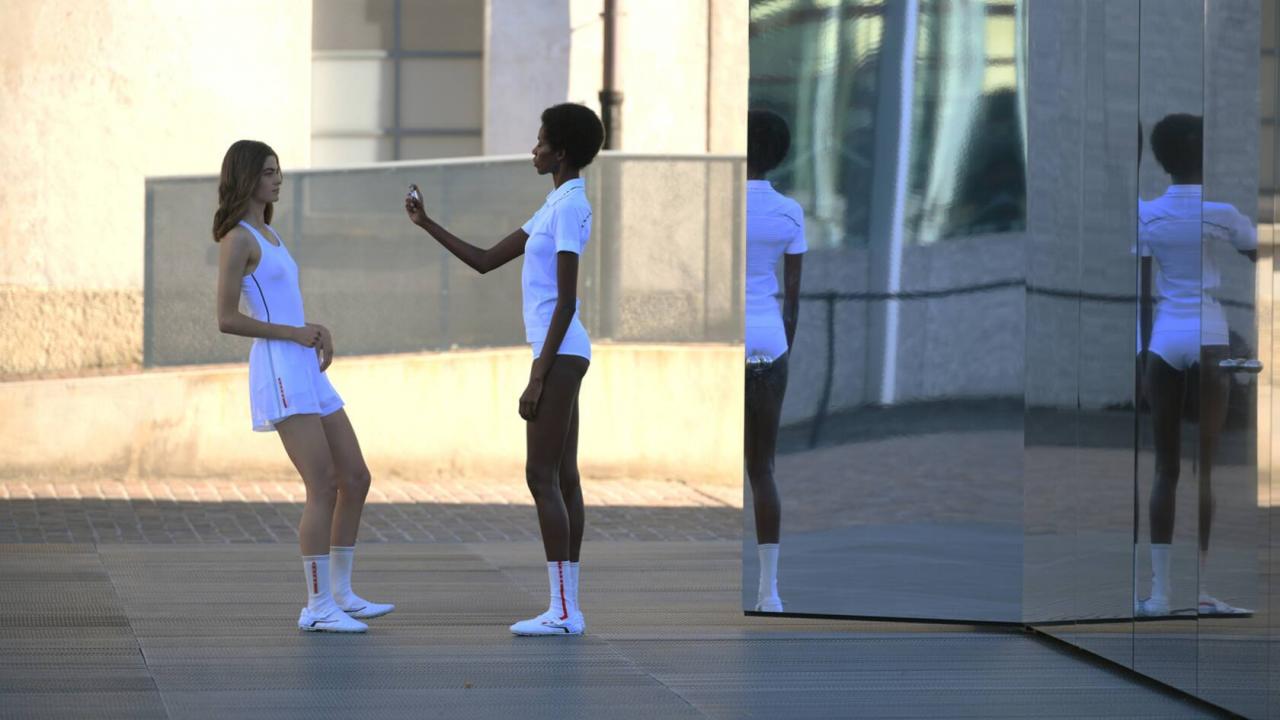 Martine Syms went meta for ChapterIV putting models in a theater, in the seats and on camera. With a blend of old cinema and smartphones, it puts the clothes and models center stage to not only be observed but experienced. For Chapter V, Terence Nance focused on the athletic pieces with a dreamy film that played with the fun and ease of activewear.

“It was an honor to be asked to photograph and film Miuccia‘s last collection. I thought the men and women looked beautiful, elegant and modern,” noted Jurgen Teller. “I enjoyed looking at Miuccia‘s vision and trying to make sense of it as honest and direct as possible.”