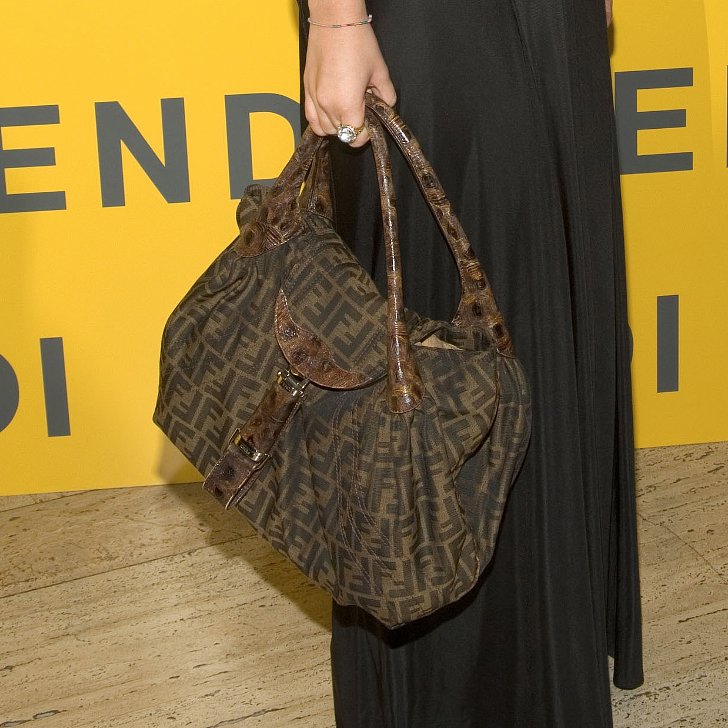 We love a good throwback, even more so if it makes us cringe a little and ask (sometimes out loud), “Did we really wear that?” Which is exactly how we feel looking back at the bags from the early 2000s in all their monogrammed, brightly colored, buckle-embellished glory. Luckily, though, we’re not alone; many ladies who lived through the aughts remember needing that heart-decorated Dooney & Bourke or lusting after a Dior Saddle bag. They were pretty much the Mansur Gavriels of their time.

But perhaps even better than the designs are the then-It girls who wore them: Lindsay Lohan, Mischa Barton, and even Paris Hilton were the ones who really sold them for us. Take a read through the gallery and see all the styles we had to have, some of which are actually pretty cute, but most of which are still so 2006.


That circle label was practically a stamp of approval for middle and high school students.


Sigh. Back when Nicole Richie was just starting to become the fashion icon she is now.


We can’t forget the basics: all those monogrammed bags. Everyone and their mother wore a Coach signature wristlet or baguette bag, including Kyla Pratt from Doctor Dolittle and The Proud Family.


And Louis Vuitton. You were a sucker for those LVs, whether they were on a Theda or a Speedy, and all the better if they were mulitcolored.


Remember the Stephen Sprouse-printed Louis Vuitton? If a Hilton was carrying it, it was totally cool.


Fendi printed totes were chic enough for the Olsens, and Carrie Bradshaw made that fancy baguette option famous.


While the brand may be making a comeback, Juicy Couture was all the rage in the aughts and its customers couldn’t stop shopping all things velour.


Throwing it back to the days when Lindsay Lohan reigned supreme. This wasn’t the only desinger bag she rocked, either.


The star was also the model for that heart-decorated Dooney & Bourke bag, which was perfect for those just getting into fashion.


Lindsay also rocked this itty-bitty Chanel, but she wasn’t alone. Mischa Barton, Keira Knightley, and Rachel Bilson each had one too.


Georgina Sparks, is that you? Those Gossip Girl stars always got the good stuff.


Any Dior bag with charms was on our must-have list, as was anything that Blair Waldorf wore.


Back in 2006, Jessica Stam was ruling the runway. The girl was so good, Marc Jacobs named this quilted bag after her.