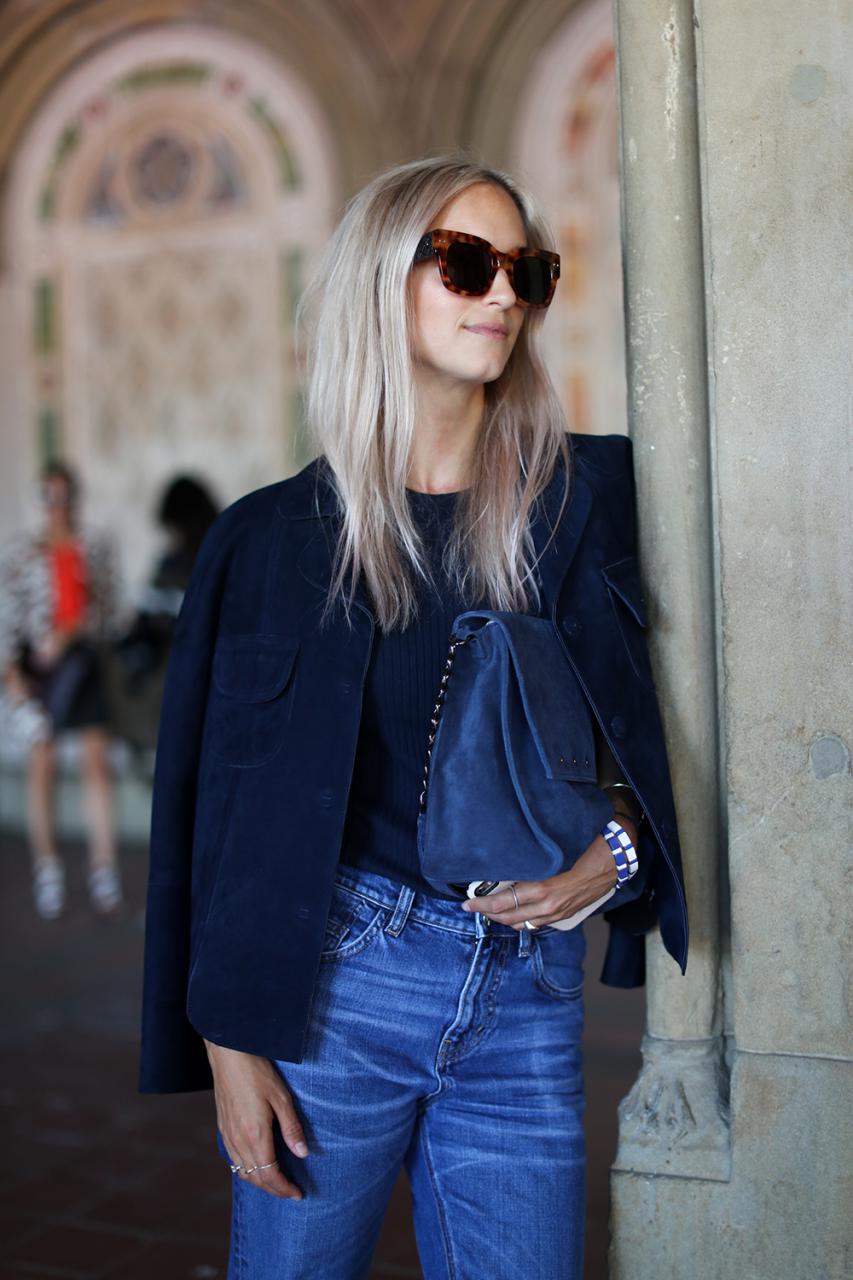 Living abroad has taken up a huge part of my life. And I’m confident to say that this part has been also one of the most important ones. I shaped me and made me the person I am today: a mother of two, and a young entrepreneur who runs her own brand. I’m proud for that, and thankful I had those many opportunities to enrich myself.

It all started in Singapore where I learned about working in a huge corporate financial institution – this was long before I started thefashionguitar.com. Beijing taught me about living in a culture that was completely opposite of “my own”, showed me it’s beauty, and enriched my lingual skills – which I unfortunately lost over time. London is where my babies were born, incl. thefashionguitar.com and New York is the place I felt I belonged.

And with every country came favorite neighborhoods, like in London I adored Notthing Hill – the place we lived for three year – and the West Village was our home in New York. Funny enough, having such a “preferred hood” makes that I spent less time in all those other AMAZING places the city has to offer – and then I’m talking about New York in specific. Partly my personality is to blame, because I’m the type of person that sticks to what she loves… Until I was asked by Vogue and Longchamp to “explore” the ultimate urban jungle in The City: Central Park…

The idea behind this Urban Jungle tour was explained by this video a few days before I found myself taking a pedicab with two other lovely ladies through Central Park. My “element of nature” was Mineral – obviously – and this inspired me to wear a look in all different shades of blue. A color that I love deeply anyway.

So the styling-part was easily done, but I had no idea what to expect from a tour through the park. Fact was, I had only been to one of the spots they planned to take us. Of course, I’ve had a good amount of Central Park strolls, but I must admit, I did not come much further than the Central Park Zoo and the Sheep Meadow. Anyway, on that particular day during New York Fashion Week we hopped on a Pedicab and toured around Central Park’s highlights – Belvedere Castle, Turtle Pond, Bow bridge and so on. So with the three of us dressed up in Longchamp’s AW16 RTW collection we explored the elements of nature in the city and finished with a lovely mimosa lunch at The Boat House! 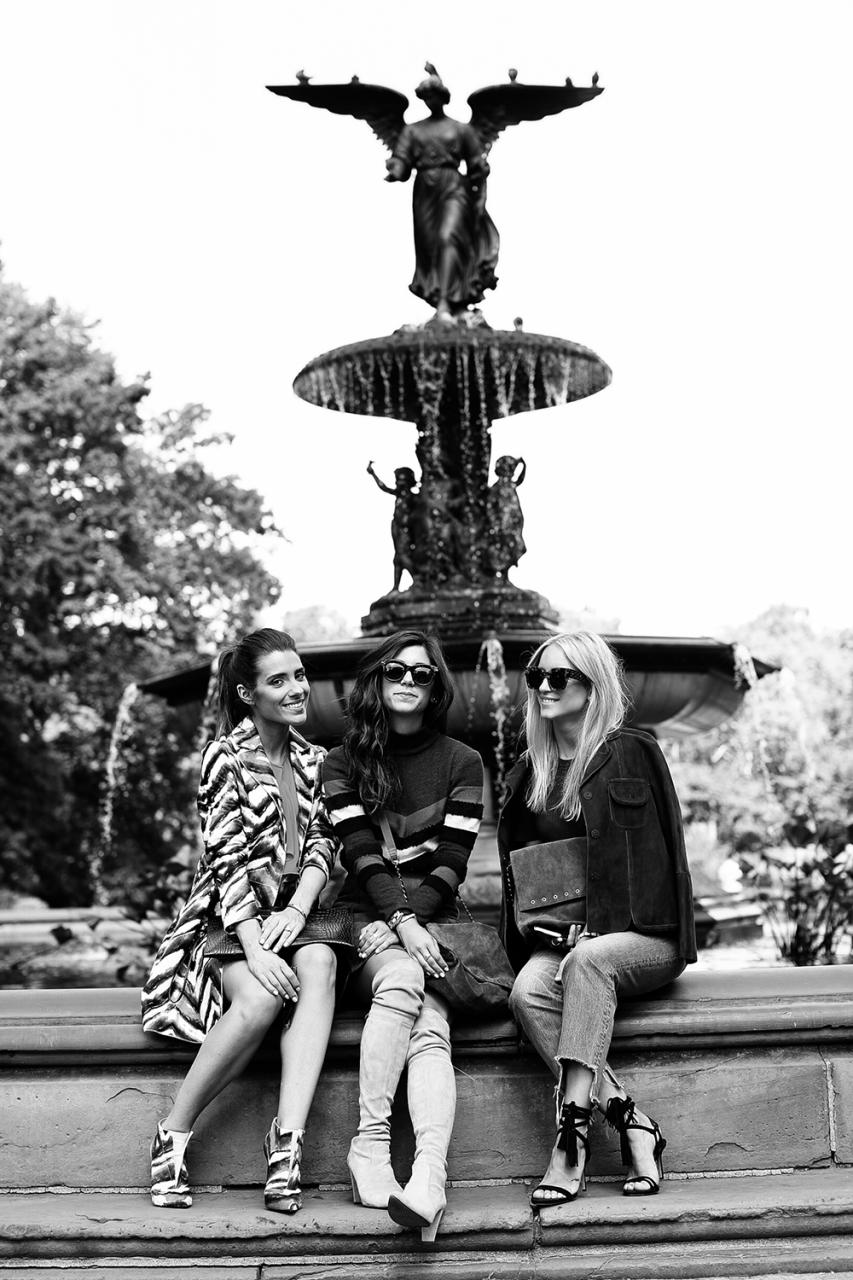 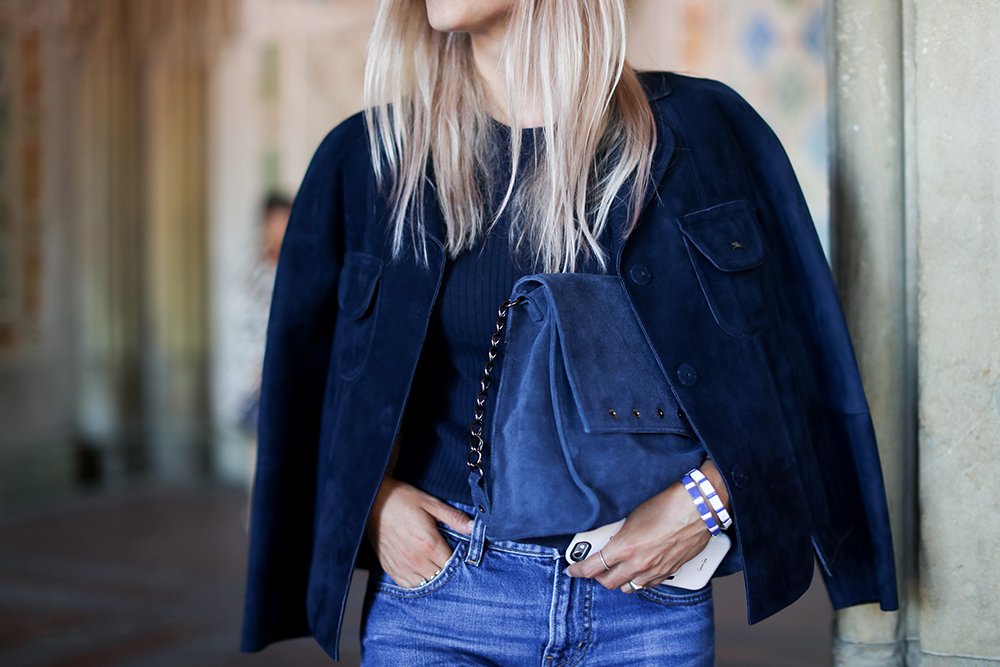 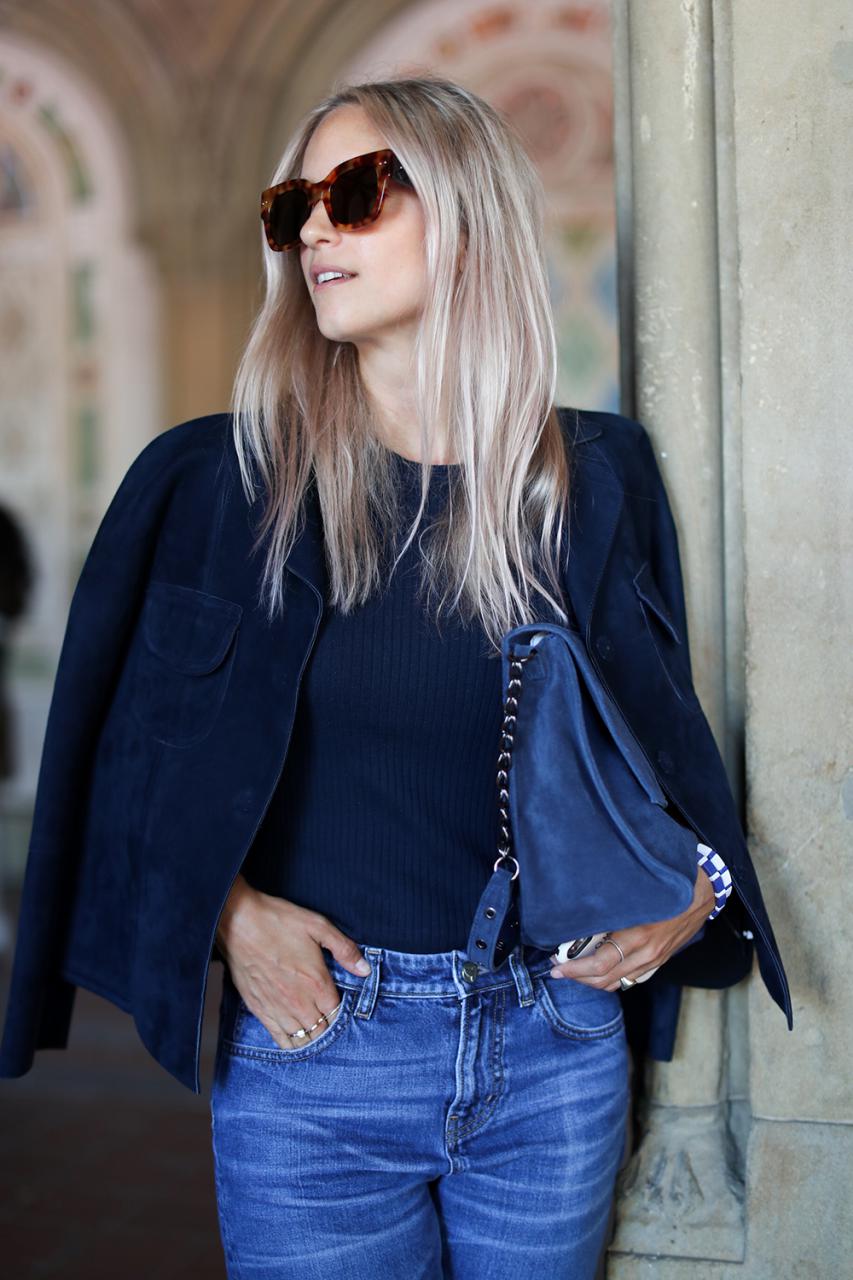 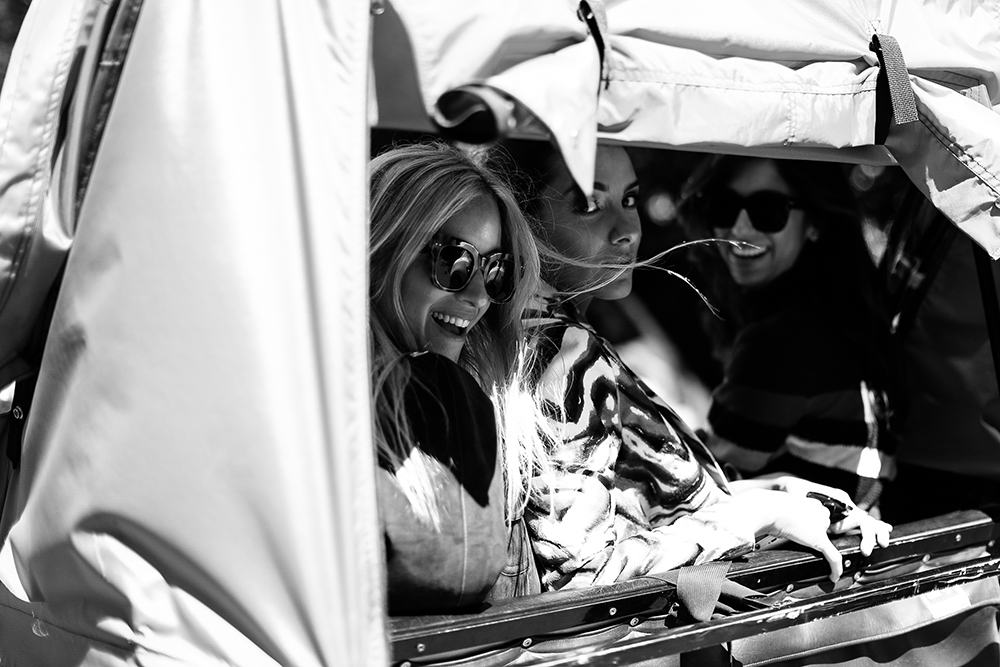 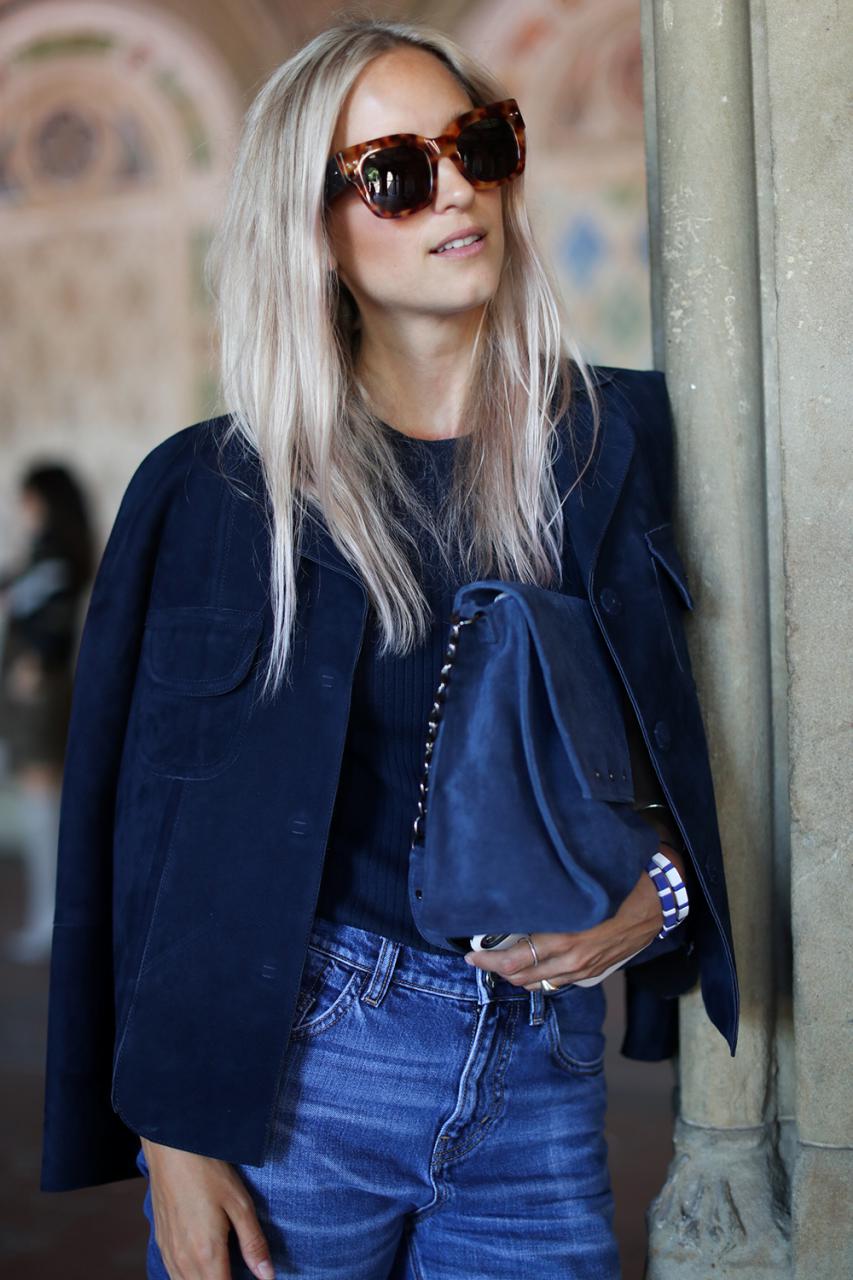 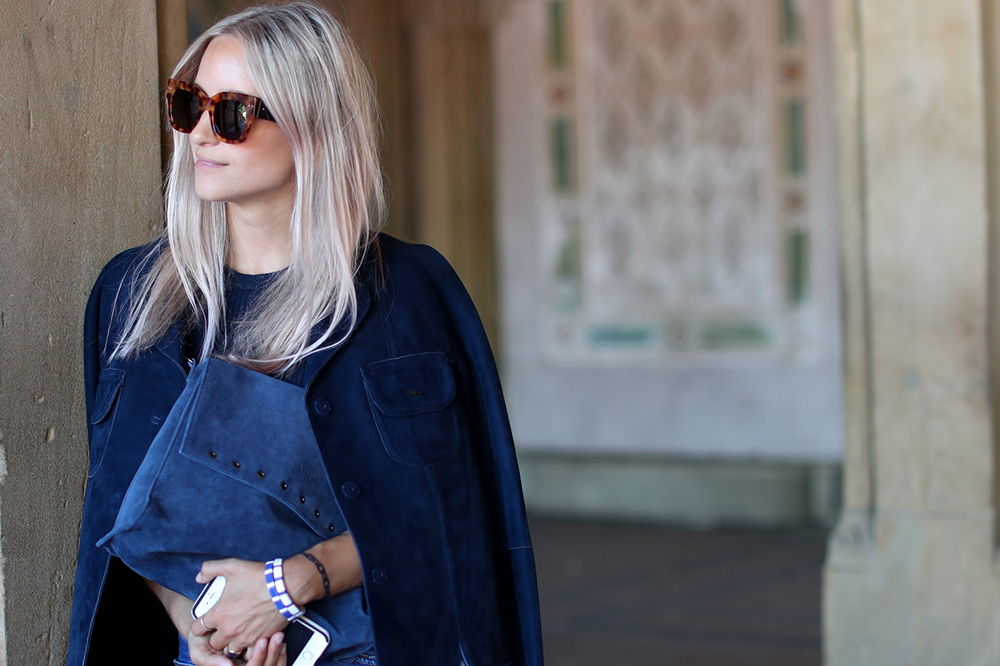 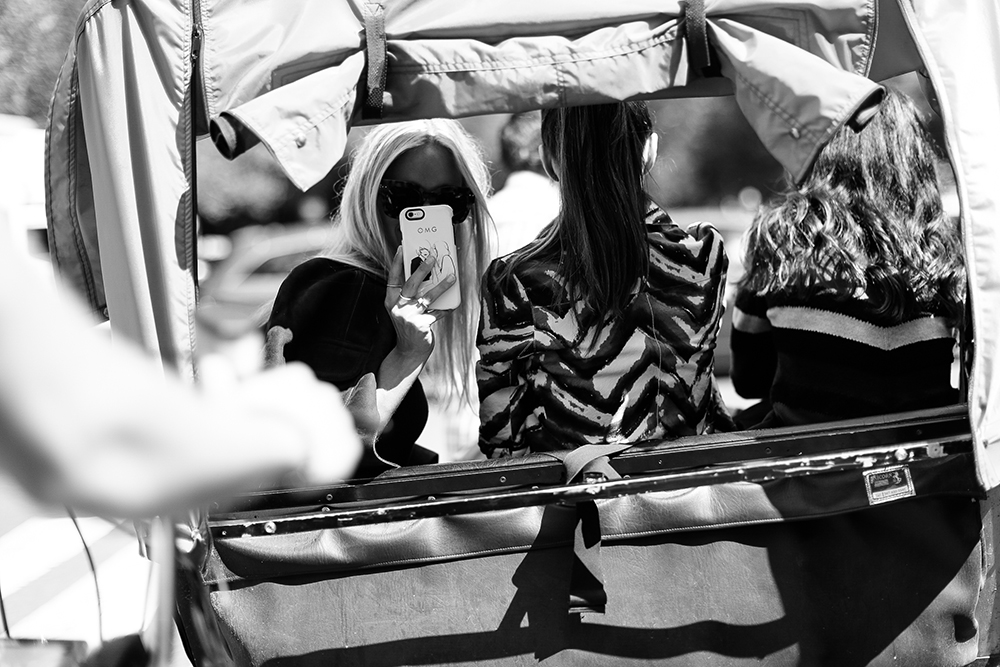 Thanks Team Vogue and Team Longchamp, always a pleasure spending the afternoon with you!

Longchamp AW16 RTW suede jacket and bag combined with my own clothes.