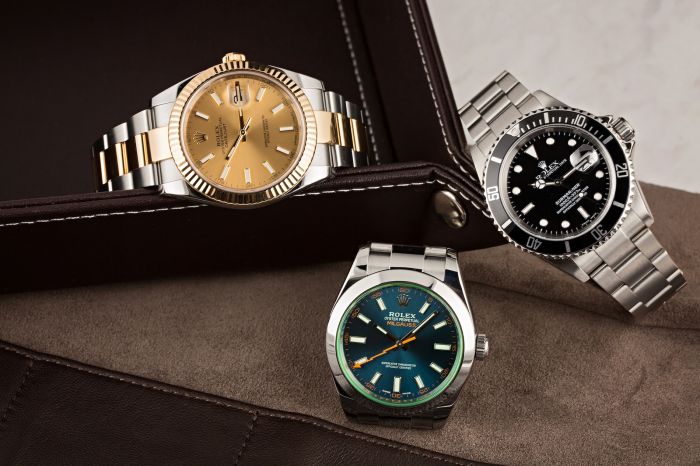 This is one thing we can say for certain: at some point in his life every man with an interest in style and watches will aspire to own a Rolex. The famed Swiss firm founded in 1905 makes the most impressive timepieces on the planet, bar none. One’s first Rolex often comes at a significant turning point in life, or a particularly special occasion. And it forever serves as both reminder and a source of satisfaction at goals achieved and success attained.

“Rolex watches have a rugged masculinity to them, and yet they’re extremely capable tools as well,” notes Paul Altieri, founder of online luxury watch retailer Bob’s Watches and one of the world’s top Rolex collectors. “There’s really no other watch that measures up. And there are Rolex models to suit every lifestyle and sensibility, from sport watches to dress watches, all of them beautifully made and the very best of their kind.”

With Father’s Day fast approaching, Altieri has created a special (and specially priced) collection of Rolex watches to suit fathers of all types. With Rolex expanding its collection every year it’s handy to have a perfectly-curated field guide to the various models on offer, as well as comparing modern and vintage models, with the latter having made massive gains in popularity in recent years. 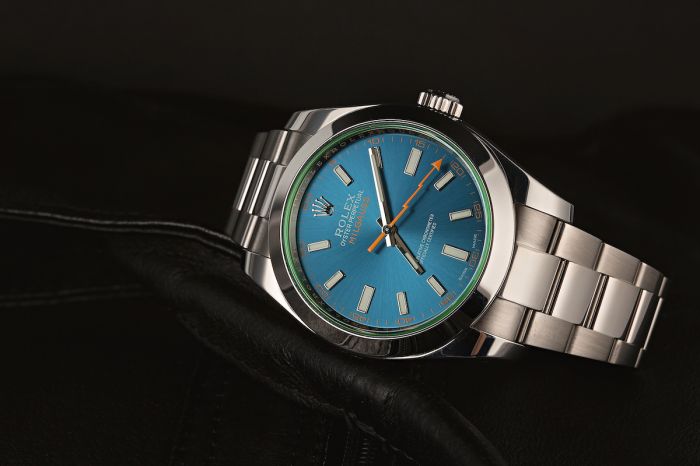 Starting with Father’s Day and encompassing other major special occasions we consulted Altieri and Blake Buettner, Director of Watches at StockX, the live “bid/ask” marketplace backed by Eminem and Mark Wahlberg where collectors can build their portfolios of luxury timepieces, to comment on the best Rolex watches for each milestone:

“The Milgauss was originally designed as an antimagnetic watch for those working in scientific environments,” Altieri notes, “but its unique coloring with highlights in orange and green appeals to those who aren’t satisfied with the standard issue. Rolex stopped making it in 1988 but revived it in 2007, restoring it to cult status. It adds a layer of interest in that it’s instantly recognizable as a Rolex but many people recognize it right away. And no, you don’t need to be a scientist to wear one; just ask Daniel Craig.”

“The Milgauss is an underrated, often misunderstood tool watch that I've found appeals to a particular kind of person,” Buettner adds. “With tinted crystals, pops of color, and that odd lightening bolt seconds hand, the Milgauss isn't short on character. This is a watch that feels thicker than it has any business being, but when you understand the purpose this watch was built for and the tradition this reference upholds after a nearly 20 year absence from the catalog, it's hard to fault this one.” 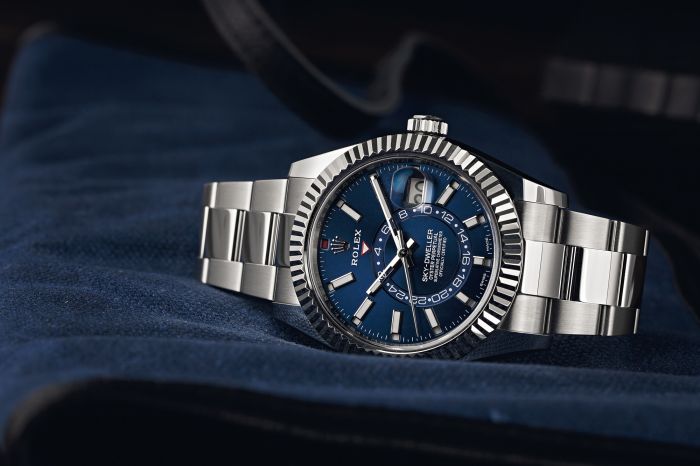 “Awesome, cool and complicated, this is the Rolex worn by the likes of Jay-Z and Conor MacGregor,” Altieri says. “One of the newest Rolex models as well as one of the most complicated, the Sky-Dweller was introduced in 2012, and gives off a more contemporary and ultra-luxurious vibe. Rolex filed 14 separate patents for the watch, so it’s also a true feat of watchmaking excellence. Wearing one says you’re a winner and world traveler who usually flies on a private jet and has a world-class watch collection.”

“The Sky-Dweller packs a lot of complexity into a simple interface, and even easier user experience,” Buettner notes. “After using the intuitive ring command system to set the various functions, you’ll be wondering why more watches don't employ such creative measures to access complications. Watches with this much complexity can be difficult to read at a glance, but Rolex has designed creative solutions. It's easy to use, practical, and with blue dial, truly beautiful.” 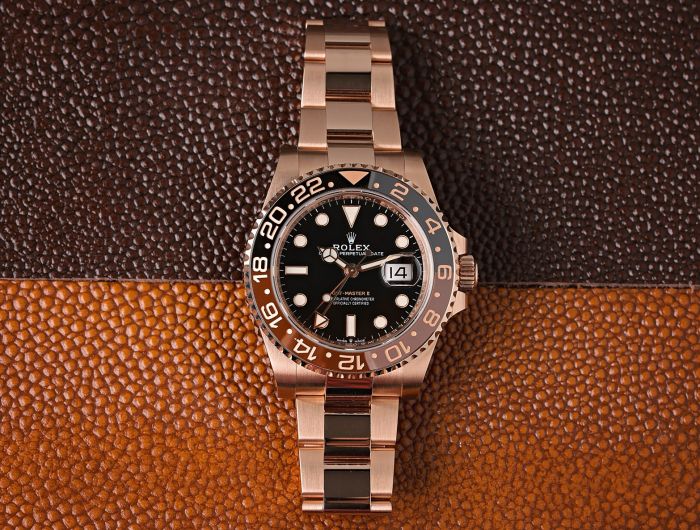 “Originally created for Pan-Am pilots making the world’s first commercial transatlantic flights in the 1950s,” Altieri says, “the GMT went on to become one of the most popular Rolexes ever, and there have been several evolutions; this model is among the most coveted, especially with its use of Rolex’s patented Everose rose gold. Apollo 13 astronaut Jack Swigert Jr. famously wore a GMT into space and the model has just as much of an exclusive aura as the Submariner.”

“This may have been the most striking release from Rolex in 2018,” Buettner opines, “pairing their deep Everose case and Oyster bracelet with the brown and black ceramic bezel for a stunning addition to the GMT-Master II family. The shadow cast by the steel “Pepsi” GMT released the same year may have been long, but the Everose GMT, aka the “Root Beer”, will be looked at as one of the greatest modern GMTs to come out of Rolex.” 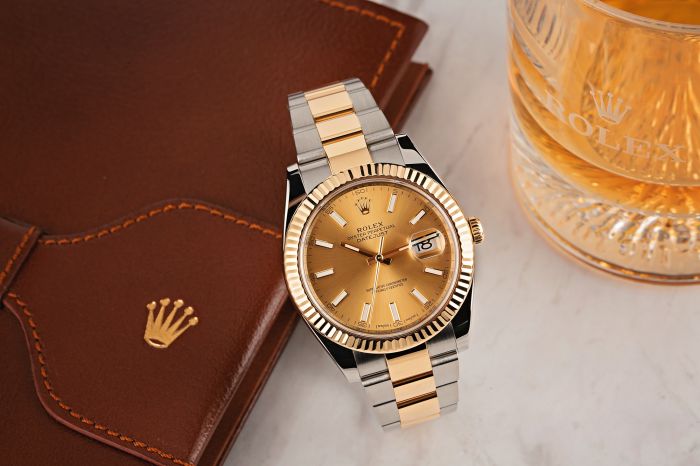 “Everyone from Andy Warhol to JFK to Tom Cruise has owned a Datejust, the dressiest model in Rolex’s catalog,” Altieri notes. “It’s perhaps the world’s most widely recognized symbol of wealth and elegance, and in steel and gold it makes a much bolder statement. A true icon of the 20th century, widely imitated and copied and an asset on any wrist that will serve as a constant reminder and ongoing celebration of this important occasion.”

“The Datejust is formal Rolex at its best,” Buettner says. “Simple to read, simple to use, and just enough flair to command attention. This two-toned Datejust 41 reference captures a look that Rolex has been perfecting for generations, and it shows here. Attention to detail is spot on both inside and out, featuring the latest and greatest 3235 movement with Parachrom hairspring and a 70 hour power reserve.” 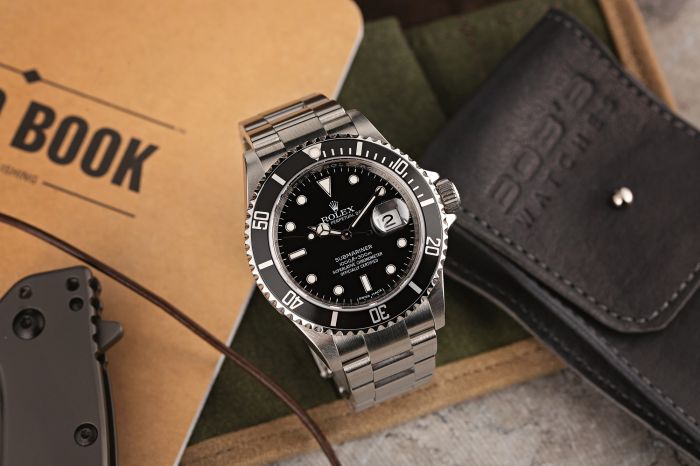 “Robert Redford, Steve McQueen and Sean Connery have all worn a Submariner – the most classic and covetable sports watch of all time,” Altieri says. “It stands for success, good taste, fine craftsmanship, rugged elegance and a love of the sea. This is quite simply the most beautiful watch ever made, the one all others are measured against. Any graduate who receives one is already a step ahead of the pack.”

“The 5-digit Submariner is a favorite under-the-radar Rolex sport watch,” Buetter says. “It lacks the visual heft and sheen of the modern references thanks to the slimmer lugs and case, slipping under the sleeve with ease. While it enjoys many of the amenities of the newer models, like a sapphire crystal and quick date set, it wears more like a vintage example. This one gets bonus points for pairing well with pretty much anything in your wardrobe.”