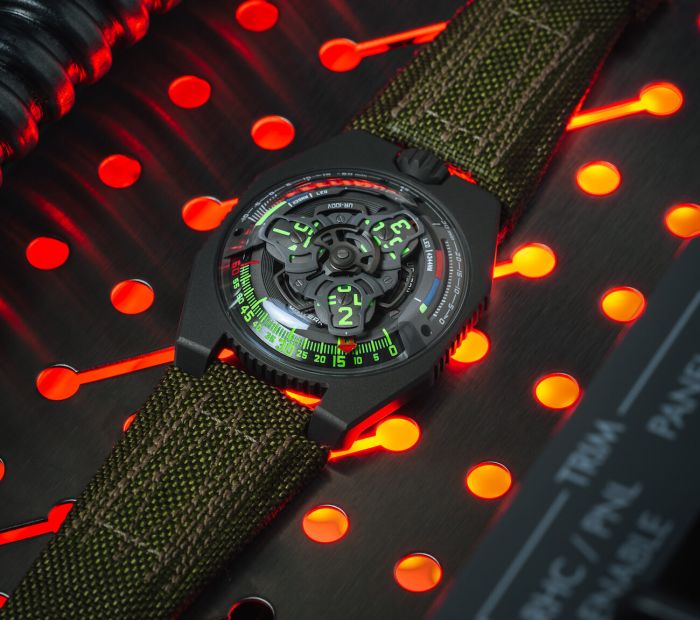 Urwerk has teamed with Collective Horology and the Intrepid Sea, Air & Space Museum to create a special edition Urwerk UR-100 that pays tribute to Space Shuttle Enterprise on the 40th anniversary of the first Space Shuttle program. 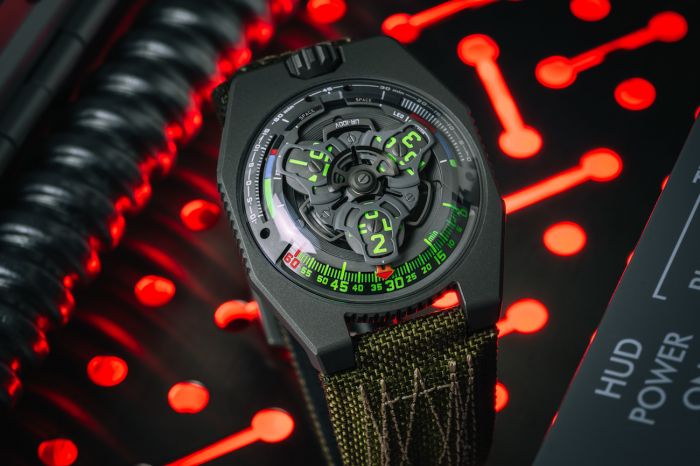 The pioneering independent watchmaker has re-designed its existing UR-100 to incorporate color-coded indicators designed to give the viewer the ability to track the Space Shuttle program’s typical launch and landing sequences. These are visible through apertures that also show the approximate location of the Shuttle at each phase of launch and landing. 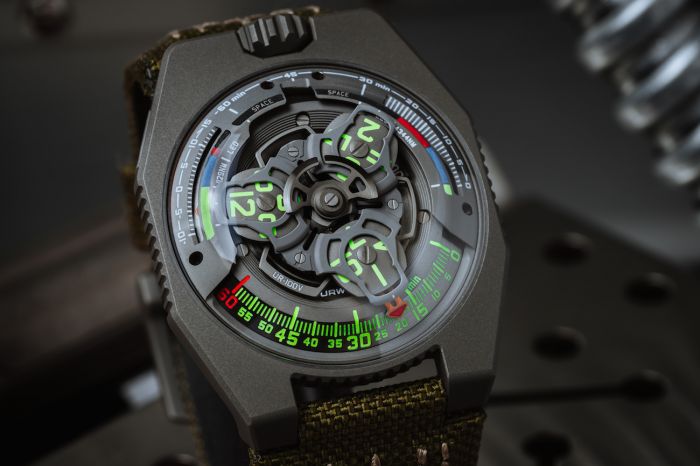 Where the standard Urwerk UR-100V tracks the kilometers traveled on the equator in twenty minutes, and the kilometers the earth covered around the sun in the same period, the new edition takes a different approach. It re-configures the dial’s two lateral apertures to track the process and timing of the Space Shuttle’s launch and landing. 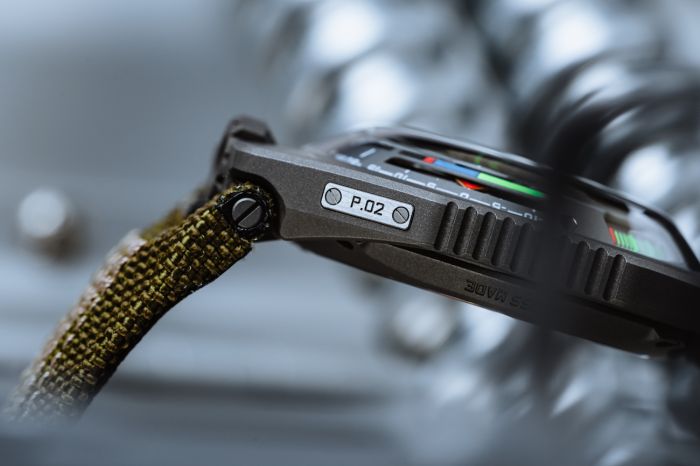 The partnership is Urwerk’s first collaboration with an organization or individual other than a watchmaker (and one whiskey maker). The joint effort was spurred by life-long admiration for the Space Shuttle and space travel by Urwerk co-founders Martin Frei and Felix Baumgartner, and by Asher Rapkin and Gabe Reilly, founders of Collective Horology, a California-based collector group. 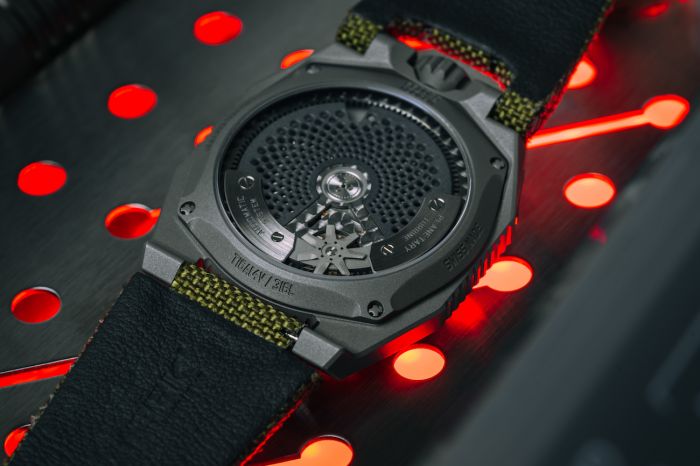 “We loved URWERK’s use of orbiting satellite hours and minute hands for the UR-100 SpaceTime launched in 2019, but we saw an opportunity to tell a different story,” says Reilly. He adds that he imagined how Urwerk might create a watch that was a tribute to the Space Shuttle prototype Enterprise.

Collective Horology and Florida-based Goldsmith & Complications, the watch’s official authorized dealer, will donate $50,000 dollars from the proceeds of this project to the Intrepid Museum in New York City.

The new Urwerk UR-100V P.02 is available to exist and new Collective Horology members. This will be a limited edition of twenty pieces. Price: $62,500. 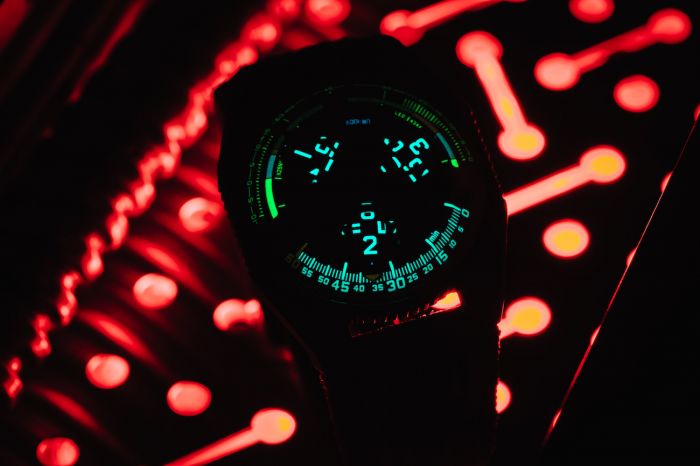