We see Chloë Grace Moretz as the shiniest star of a Coach ad campaign again, with her fresh-faced beauty now being featured in the newly unveiled Coach spring 2017 campaign. There are also two other main protagonists  in Coach’s spring 2017 campaign, which are the label’s spring 2017 accessory line, as well as the city of New York, the iconic skyline and internationally recognized importance of which could be regarded as one of America’s most significant symbols.

The idea of choosing both Chloë Grace Moretz and New York as the campaign’s focal points is one of Coach’s ways of paying homage to both its own city, and to the new ventures the label is currently undertaking, namely those of lessening the distances between its younger audience, while at the same time never stopping appealing to the one that has always looked forward to the label’s seasonal proposals to find something fancy yet wearable on a daily basis.

“Chloë has a sense of optimism that is the perfect juxtaposition to the New York City backdrop, Coach’s home city,” Coach’s Creative Director Stuart Vevers declared. “[Her] ease and effortlessness of style feels relevant and very Coach.”

Styled by Karl Templer and photographed by iconic Steven Meisel, the campaign juxtaposes Chloë Grace Moretz’ ethereal beauty with the city’s contemporary surrounding, using both Coach’s structured handbags, and Moretz’ feminine outfits as a way to harmonize the pictures with something that could be equally romantic and modern, also reflecting the aesthetics of the items. 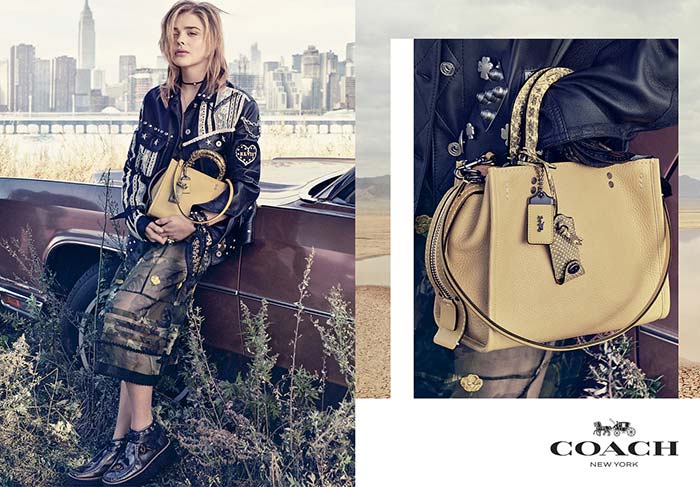 Both Coach’s men’s and women’s accessory lines for the upcoming spring 2017 season feature a harmonious mixture of urban-chic lines, as well as romantically colored fabrics, among which pink hues and more country-chic off-whites and yellows surely prevail. On top of that, most of the geometrically structured handbags Chloë Grace Moretz is showing off include fresh embellishments, such as festival-ready studded patterns and dangling adornments, which got highlighted by the backdrops of Manhattan’s infamous skyline.

As for the style inspirations the campaign overwhelmed us with, Coach carefully focused on both Nineties-inspired fashions, and more cosmopolitan boho ones, wisely alternating leather chokers with airy maxi dresses. 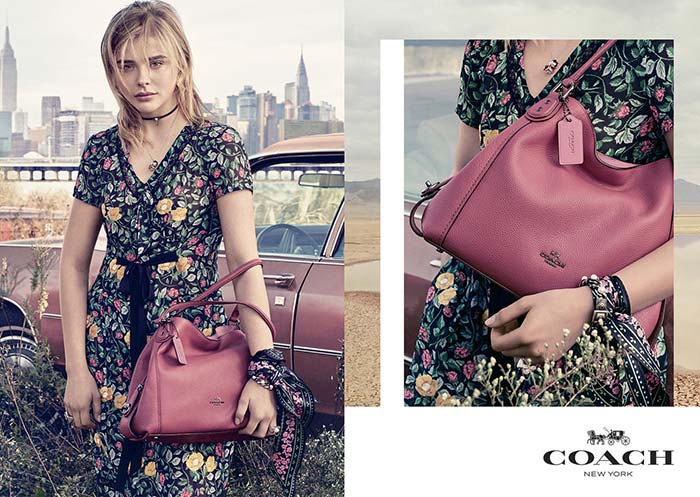 We don’t know whether it is due to Meisel’s astounding skills when it comes to fashion photography or Chloë Grace Moretz’ easy-going beauty, but Coach indeed nailed this whole ad campaign thing, making us extremely excited about Coach’s springy proposals! 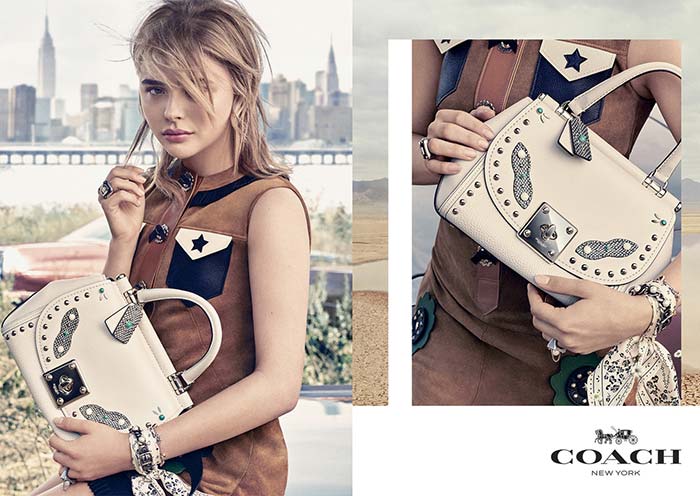