Today is THE day to think about the past year; what are we leaving behind, what are we taking with us, and what’s next? Funny, because when I’m forcing myself to think about this, I have no clue really… my contemplation of year 2017 has happened on many occasions, but on the spot it seems an impossible thing to do. Yet, I feel I owe you a few thoughts and some positive and thankful takeaways before we start 2018 together. I’m going to give it a try and put down a few words that feel are needed to be said… Contemplating in Chanel: How I really feel about 2017!

I think overall 2017 was an amazing year – as every year as long as I can remember was, because I tend to forget the bad things really quick. It’s my life motto, my ethos, my drug. I would not survive myself and the world I live in, if I wasn’t capable of doing this. However, there’s ONE thing that has been bothering me for quite a while. Actually, this stretches back to 2016, when the doctors considered me “clean of the C-word” and ready for life, work, and if I wanted to, more siblings for James and Stella. And oh boy, how much we want that…

But here’s the thing… when your reproductive system fails, but you already have two healthy kids, what’s there to complain about. People around me would constantly remind me about this when I – find all my courage – to open up about this; show my deepest emotions, and my feelings fear of never having another baby. You must know, I endure “pain” on my own, I’m really bad in sharing or showing, so whenever I do, it’s a real big thing for me. Anyway, as I quickly figured out, people don’t always the ability to keep their thoughts on this to themselves, I stopped talking about it… I smiled, and whenever someone would ask me if there was going to be a third, I would say “if it happens, it happens!”, and deep inside I would die.

Two years down the road, I went from the most reproductive woman – Thomas looked at me twice and James and Stella were there – to one of those who silently endure the feel of failure… In the end, that’s truly how it feels. My body fails on me, no matter how healthy and happy I live, how well I take care of myself, how many doctors tell me there’s nothing “wrong”, I fail, every month. And on top of that, my healthy and happy kiddies keep asking me for another one, ideally a sister for Stella, and of course, a brother for James. Let’s hope 2018 brings us more luck in the reproductive area, or success when we decide to take different measures… But most of all, let’s make sure we open up to each other about this a little more. There’s no need to feel the pain alone…

HAPPIER THOUGHTS for now, let’s set these difficult thoughts next to us for a little bit, and look back at the amazing things 2017 brought, because it was definitely a year of highs, too!

We started 2017 in Toronto, and spent the first quarter of the year enjoying winter on the Canadian slopes on many occasions, before we moved back to New York City. Living in Toronto was amazing on many levels, but it was definitely also a little bit of “surviving” for me. It means on one side that my work-life balance was “better” because in Toronto is by comparison to New York “not much happening”, whereas in New York there’s ALWAYS something happening. So when I was home, I was truly home and with a relax work schedule. However, this one the other head meant for I felt a constant pressure to compensate for this, travel more to make up for the time I wasn’t where most of my jobs were: in New York. And this extra traveling on top of my other work travel was a lot. So when the time came to move back to The City, it was a relief and something to start looking forward to – even though the thought of ANOTHER move was terrifying. But we survived! Of course. And soon, after Paris Haute Couture, New York AND Paris Fashion week – those highlights listed below – Spring in New York came!

Shows that were absolute highlights this year? Valentino at The Beekman Hotel in New York. My first time at Dior Haute Couture in Paris. Memorable moments with Karl Lagerfeld – on many occasions – but this one with the little Lilly Rose Depp as the bride in Chanel Haute Couture broke all records. Of course the last Chloe show in Paris with Clare Waight Keller as creative director – yup, that’s the sweater I wore later at Gov Ball – and officially finding my Chloe-twinCourtney. Then Karl took the Ready-to-wear show set-up to a complete next level with Chanel’s Ground Control in the Grand Palais… and I went to the Dior Cruise show in LA, one of THE MOST AMAZING shows in my short fashion-life! Plus, I got my first In-and-Out burger that week! More memorable moments with Karl Lagerfeld when he got honored after his Haute Couture show in Paris in July, that time the Chanel beauty brought me there to celebrate their new fragrance, and we danced with Pharell while at it 🙂 And dancing we love, because I did it many times after, but one of them was too good not to mention: with my favorite Pierpaolo, at the Valentino after party!

Creating the cutest content for Bonpoint before we headed to Paris for their Fall-Winter 2017 show – I can’t believe how big they got compared to this photo. I mean… my heart explodes! And again during the Summer, when we shot at Jane’s Carousel in Brooklyn, before they walked their first show for the brand!!!

Shooting for Vogue Bambini in New York with an insane wardrobe to pick from…Shooting with Chanel in Paris, and then creating an amazing video for their new fragrance! Then followed by a shoot for their Fall-Winter 2017 Pre-Collection, in the middle of a hot New York summer…

Another dream coming true was going to the Venice Film Festival with Jaeger Le-Coultre and the Dior dress I wore truly lived up to it! I still have so much content to share from this trip… Argh, I’m always so behind – maybe a new year’s resolution? Other beautiful events were the Cartier gala dinner in New York, playing some basket ball at the Valentino pop-up store in Soho, and the Amfar gala in New York with Net-a-Porter, dressed by Louis Vuitton. Of course, how can I forget LA with ERDEM and H&M for the ERDEMxHM show.

From our personal travels, the most relaxing one, to Costa Rica with our dear friends from London, was an absolute highlight! But being in Paris with Bonpoint during Haute Couture is now considered a family vacation/tradition too. There’s nothing like spending summer in Paris together… Summer in The Hamptons, for which we packed our bags many times, because we could not get enough of it! Even on cold Fall days it’s the best place to be! Mixing work and pleasure during a press trip to the Maldives with Vaara Lifestyle…

Getting my first tattoos!!! And not long after, added a little something to it… Going to many beautiful weddings in Manny beautiful places: Mexico and Italy.

Moreover, 2017 was about meeting incredibly inspiring women, which connected me to the Good+ Foundation for which we raised a lot of money and awareness in The Hamptons, in New York, and during store openings. And about making many new friends… dancing with new friends… Co-hosting the Whitney Art Party, The Guggenheim pre-party with Dior, and the Chanel store opening in Toronto.

But most important of all: First day of school for Stella, and James starting in Kindergarten.. What’s life without these family memories, work milestones, and health? Of course, there’s that little bump I discussed in the beginning of this article, but I’m confident 2018 will be better on that level. I truly hope I will be able to do all the above and more, stay healthy, enjoy time with my loved ones, and maybe… maybe welcome a little tiny human into our family.

Thanks for being there with me, and for me, this year. I hope you had a good one, and for now HAPPY NEW YEAR! 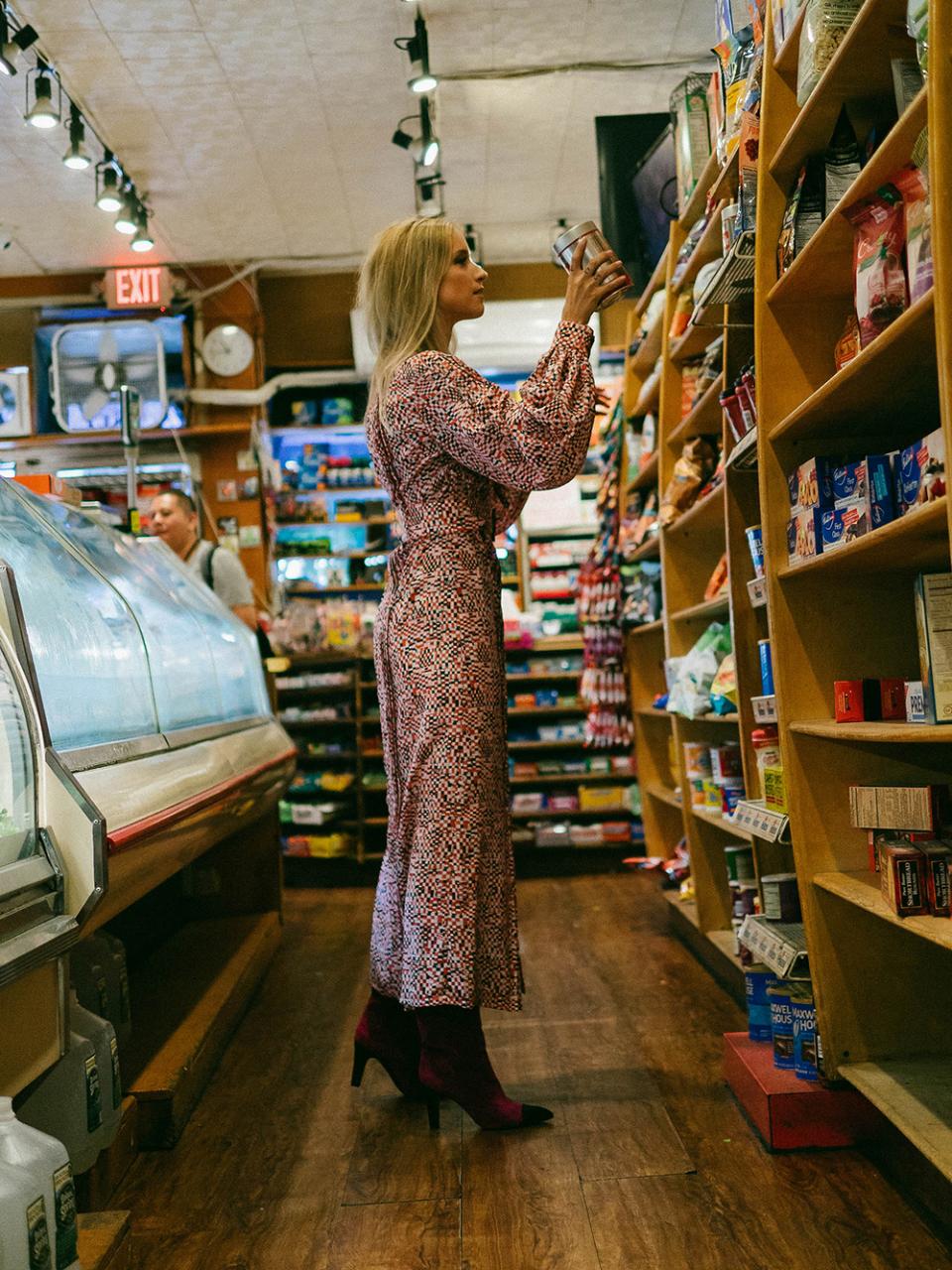 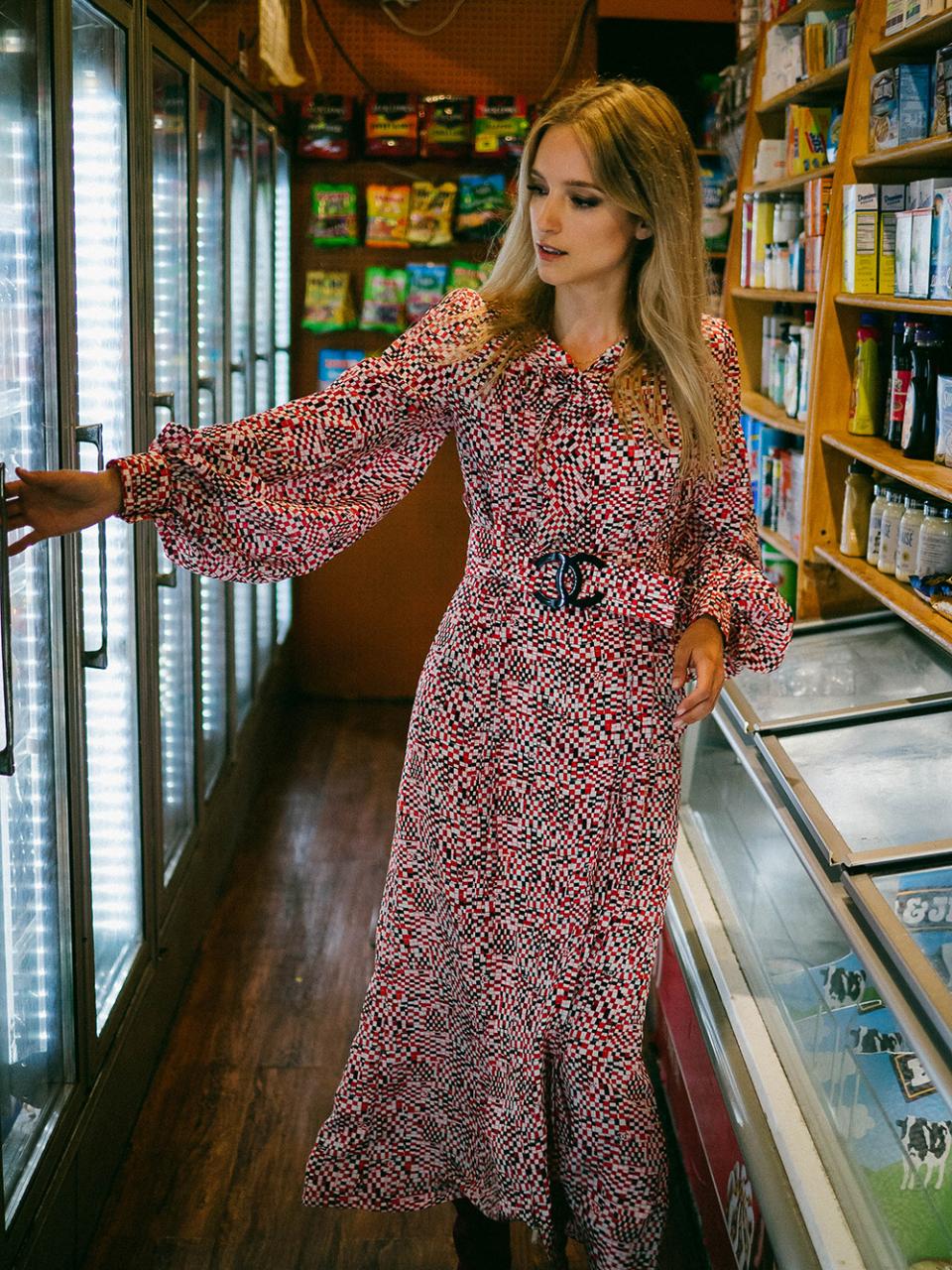 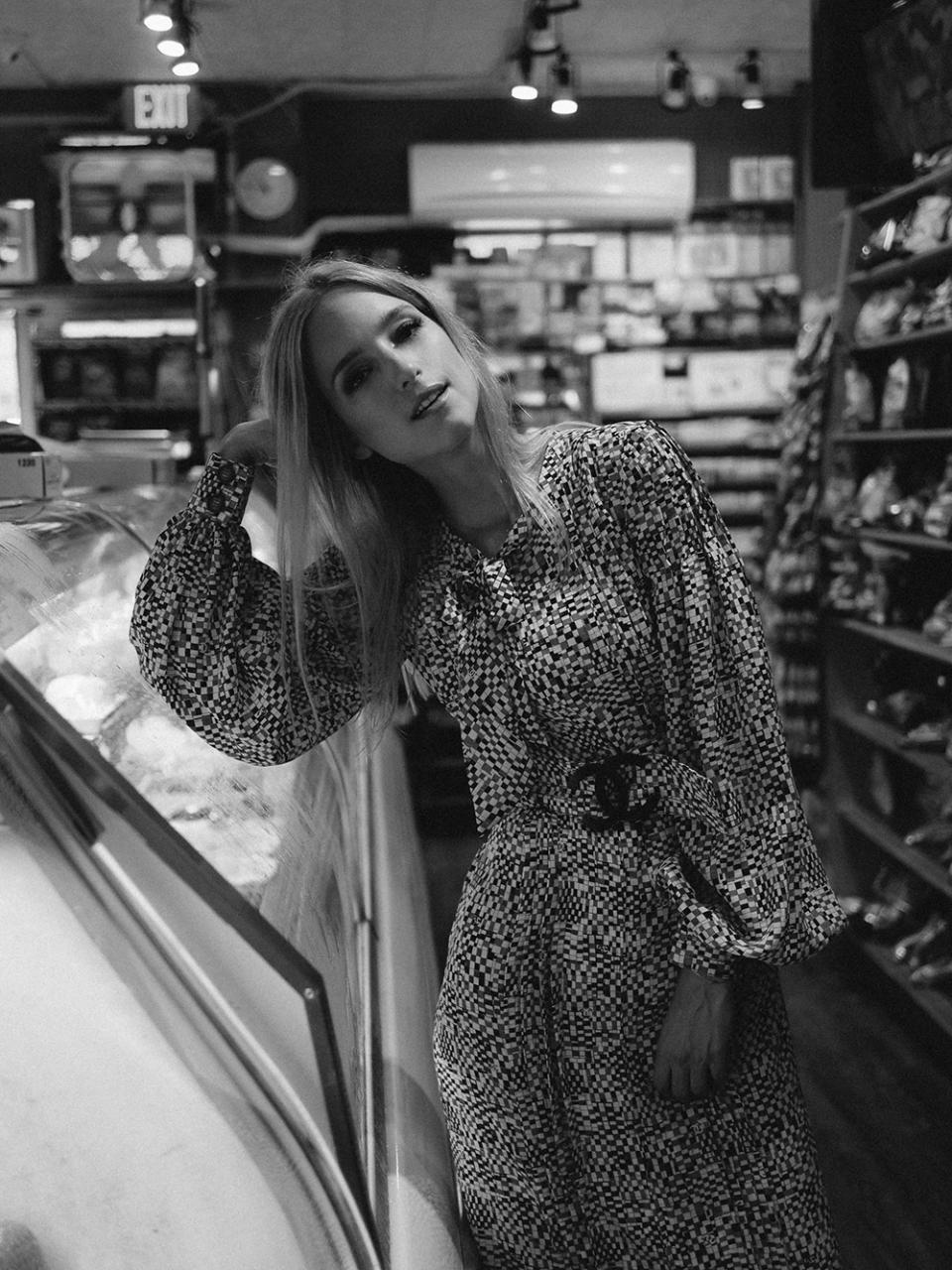 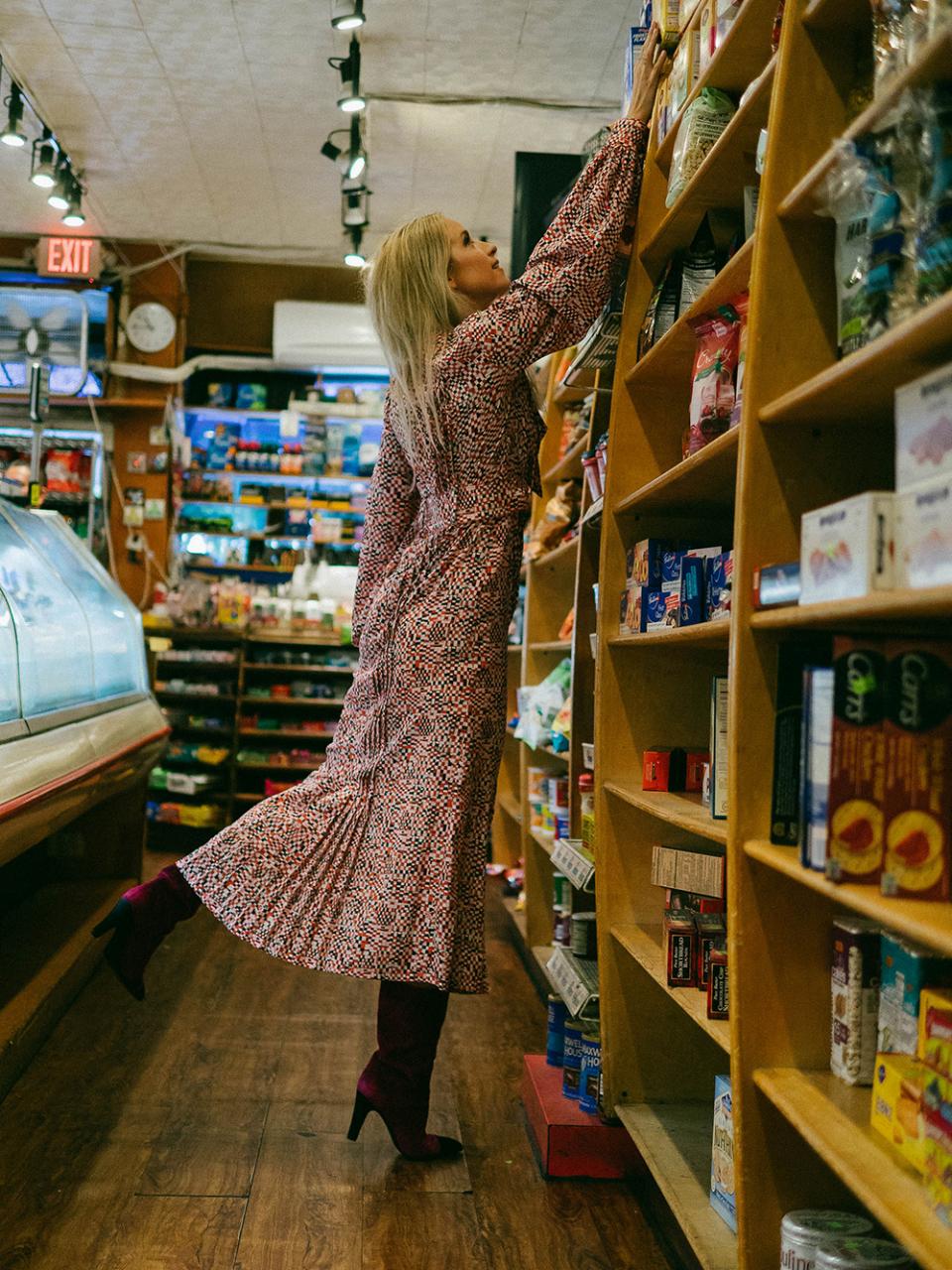 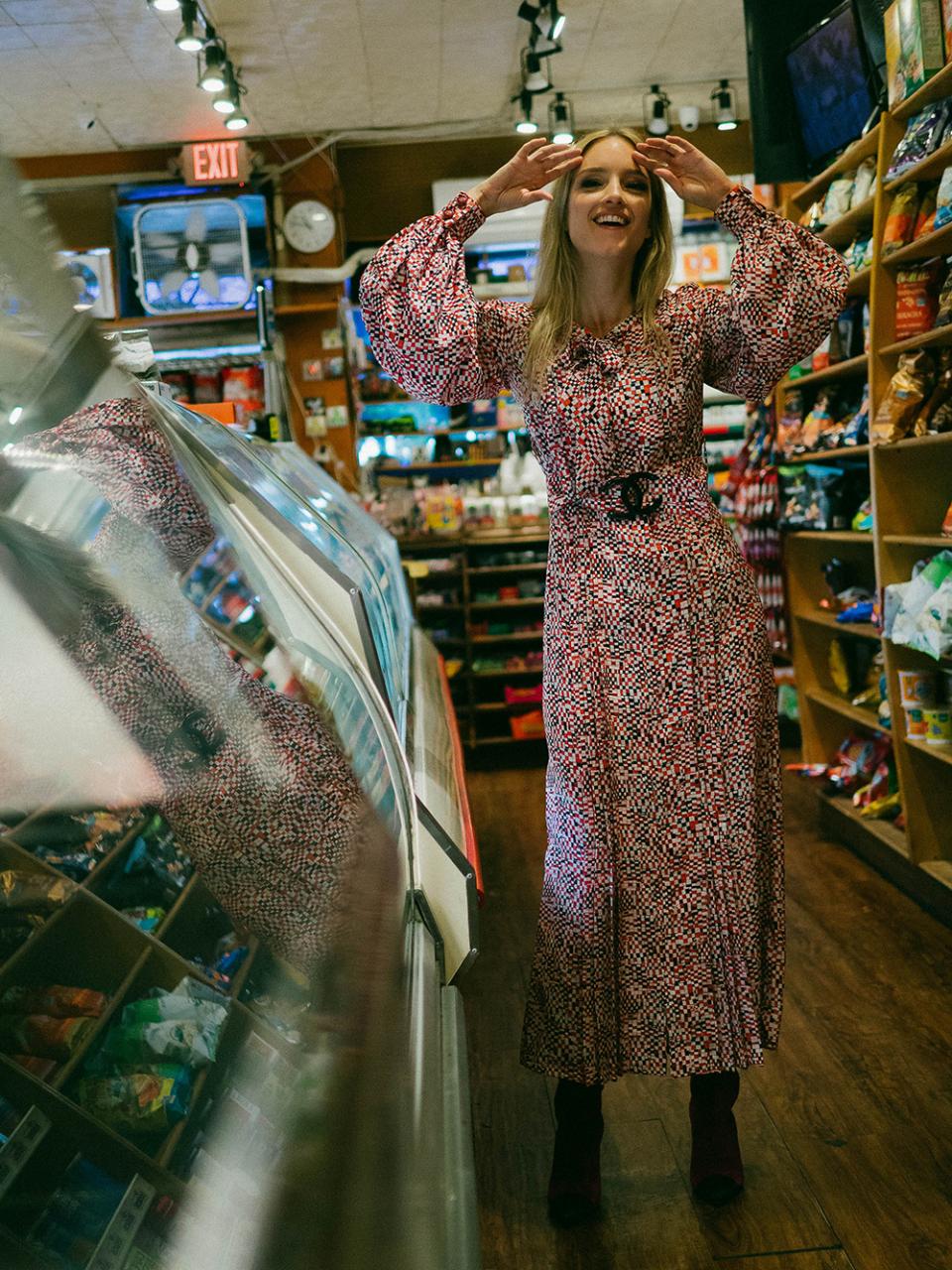 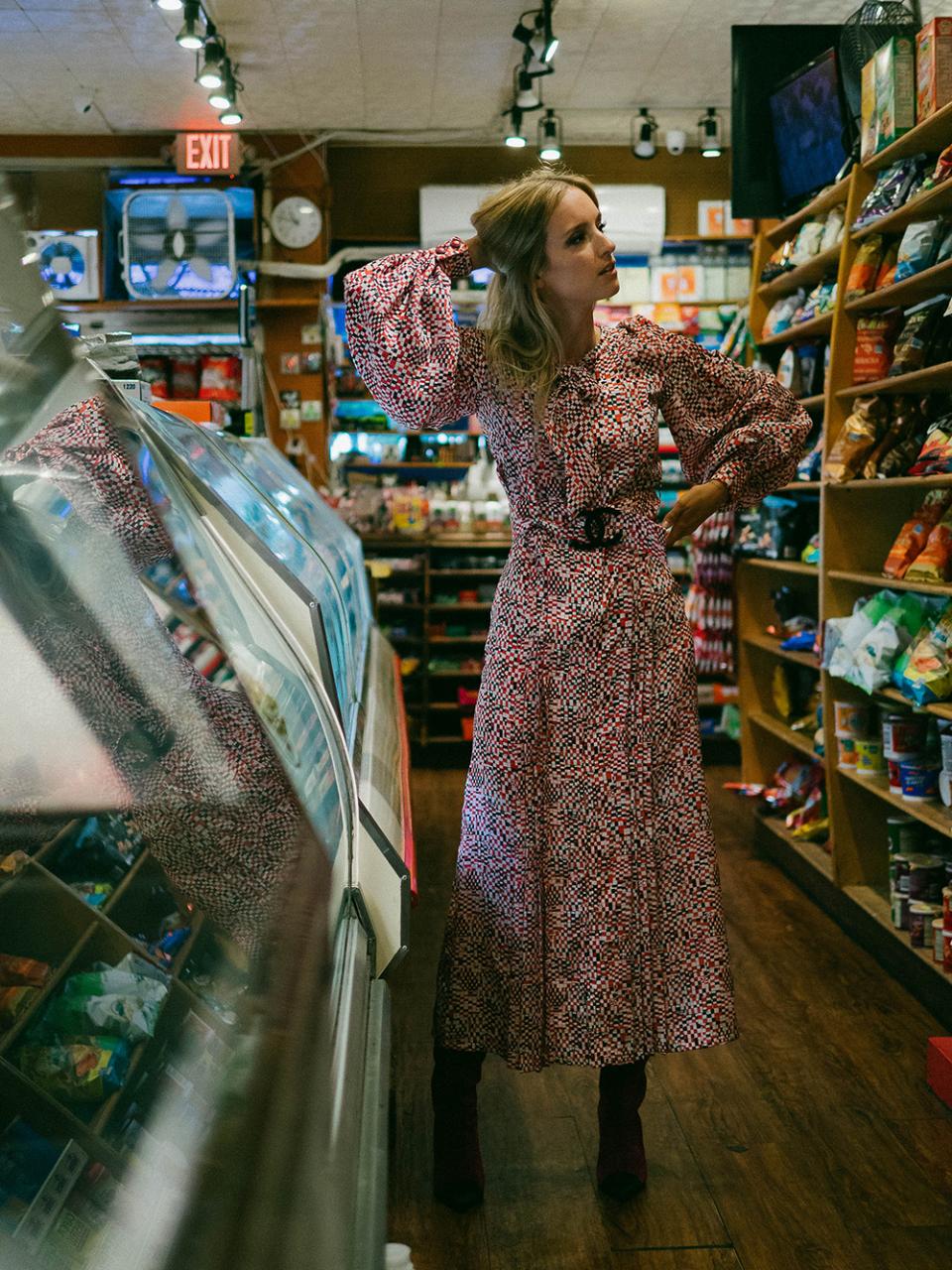 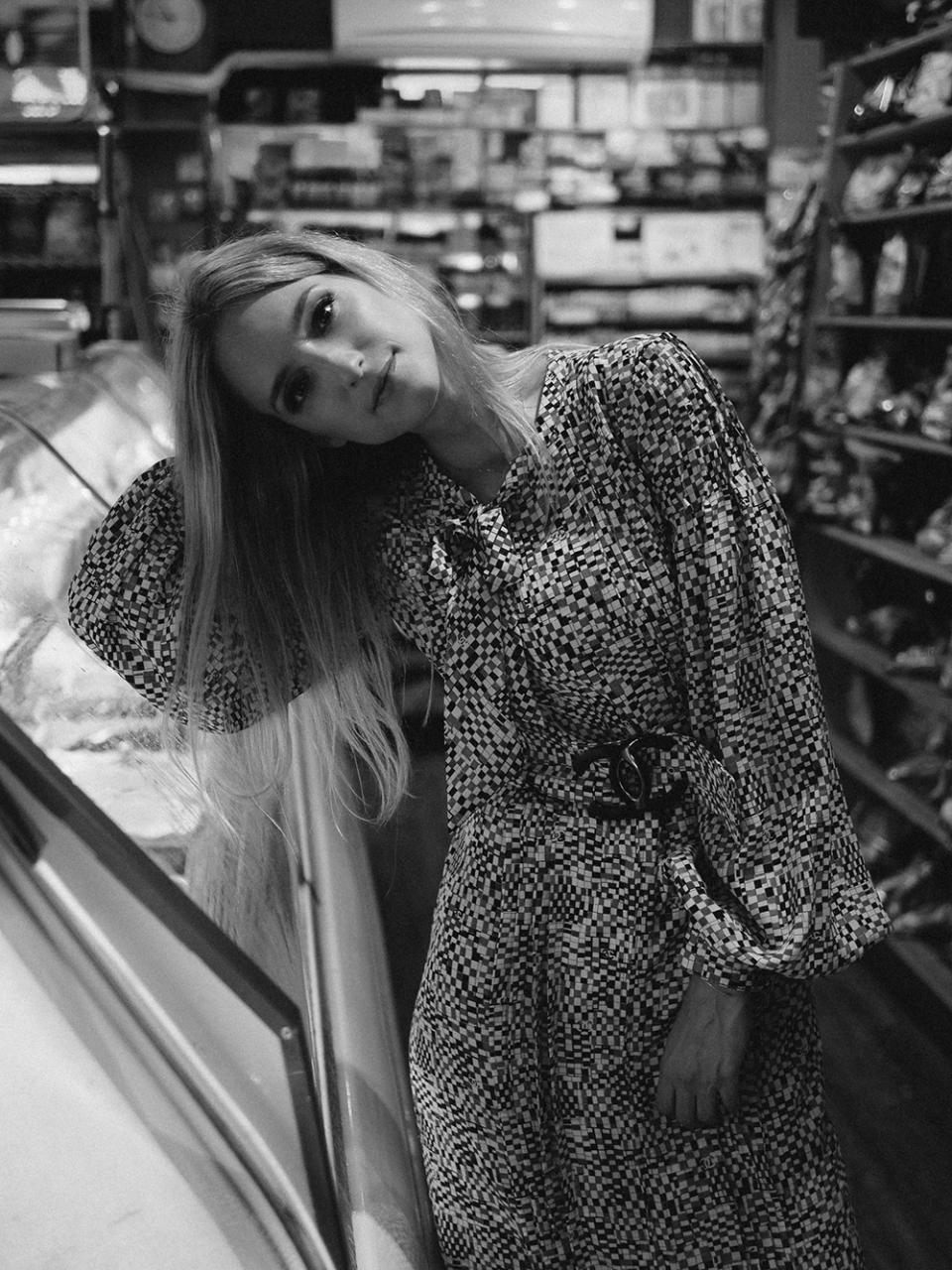 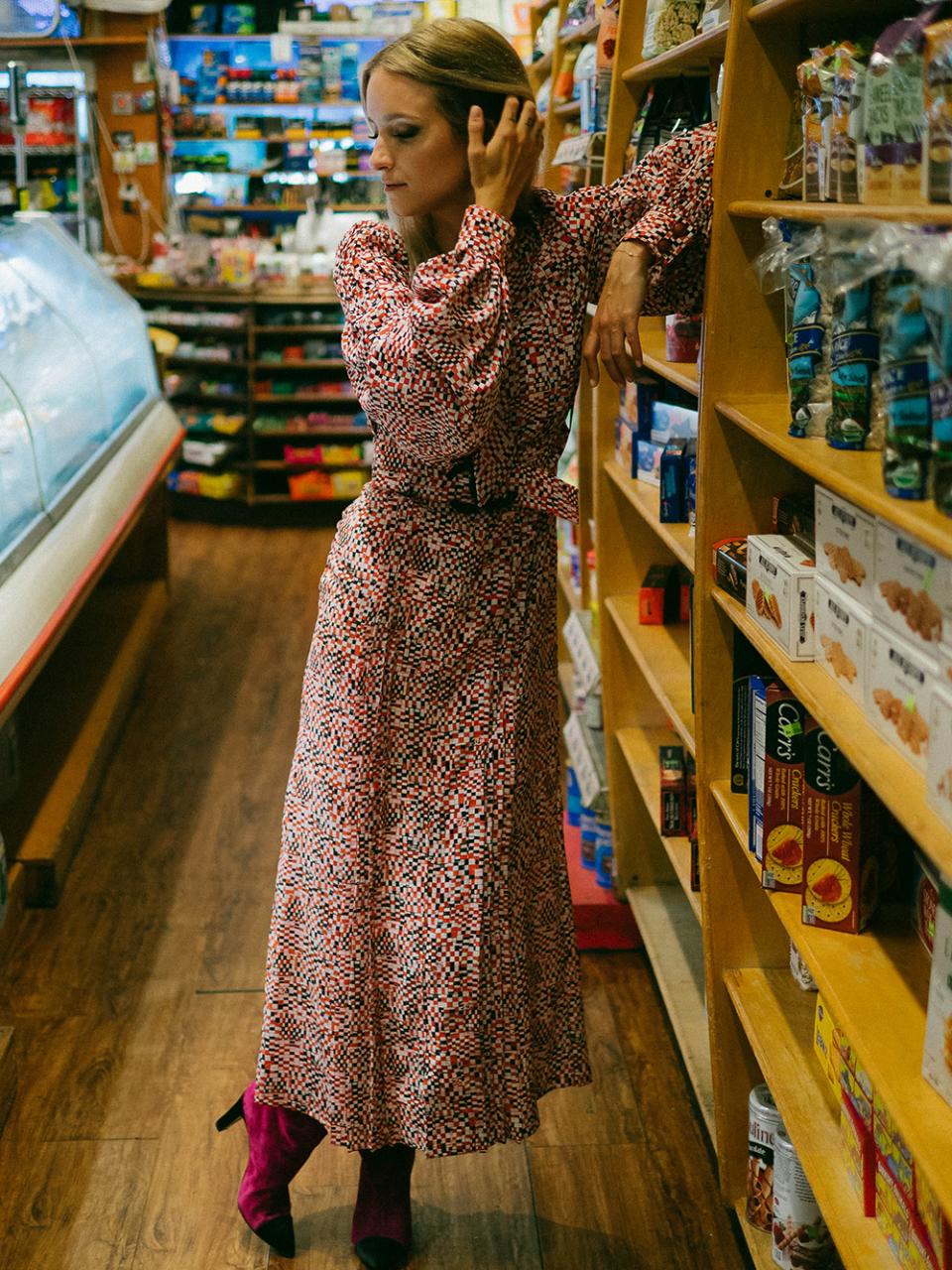 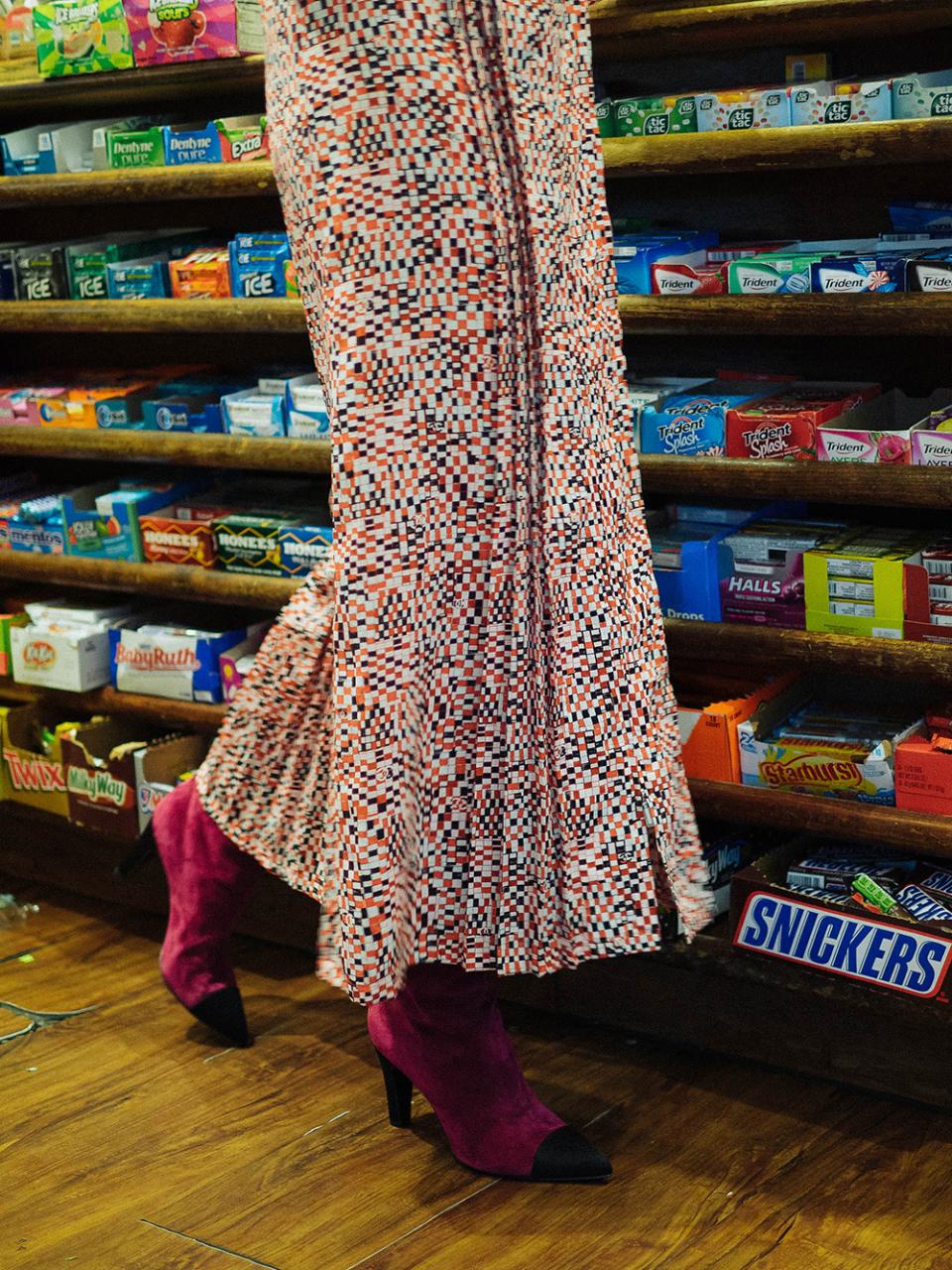