Korean fantasy TV drama W recently aired its last episode in mid-September and I haven’t yet recovered from the roller coaster finale. I’m still unable to make sense of the ambiguous rules and reasons surrounding the drama’s dual existences of a real world and a comic book world, but I am ready to analyze some of the great looks that leading lady Han Hyo Joo wears in the series.

The popular actress stars as heroine Oh Yeon Joo, a surgical resident whose life is turned upside down when she’s pulled into the world of her father’s crime-suspense comic book and falls in love with its protagonist Kang Chul, played by Lee Jong Suk. At the story’s start, Oh Yeon Joo is seen mostly in scrubs and various stages of tired disarray, with a realistic style that can be best described as things you wear under a doctor’s coat. Her life and her wardrobe get a lot more varied and exciting, however, once she enters the uncharted territory of comic book action and romance! 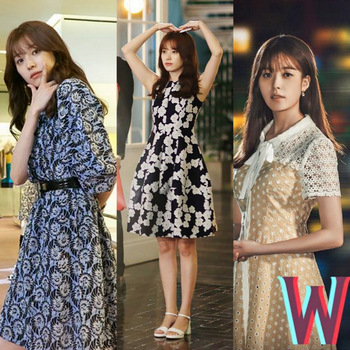 It wouldn’t be a K-Drama without a shopping spree or makeover and, sure enough, Oh Yeon Joo gets gifted an abundant variety of dresses from Kang Chul, the first of which is a floral-print belt-cinched dress in episode 2. This one is also my favorite out of all her dresses in the series. Though more glammed up than Yeon Joo’s usual, the flowy quarter-sleeve dress nonetheless fits with her norm of basic colors and modest cuts fit for the workplace.

Yeon Joo’s dresses are generally knee-length with A-line skirts and prints that are pretty and professionally appropriate, like the blue-and-white floral shift dress in episode 4 and the polka-dot tie-neck dress seen in the drama’s promotional posters. Such styles are great for going from work to afterhours: Pair with flats or pumps in the daytime and switch to strappy heels at night. 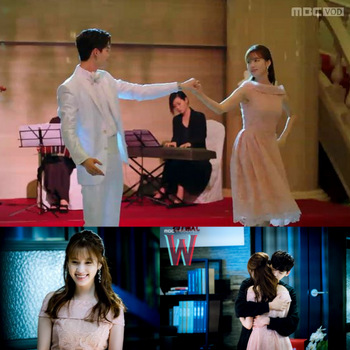 When given the choice, Oh Yeon Joo prefers an everyday romance over a Cinderella love story, but she does get her fancy ball gown moment in episode 8, albeit in a dream sequence. Han Hyo Joo is the epitome of pretty in pink in an off-shoulder lace-embroidered dress that twirls when she dances. Though a lacy pink dress could border on being too princessy for real life, a soft rose knee-length number like Yeon Joo’s with subtle styling would be perfect as a graceful cocktail or prom dress. 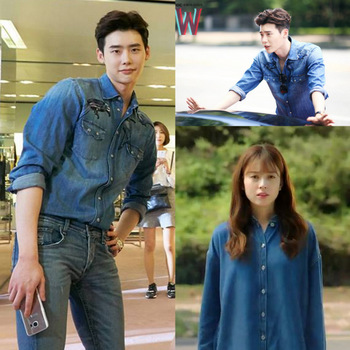 The denim-on-denim trend isn’t going away any time soon. Both Oh Yeon Joo and Kang Chul pull off double denim with a button-down shirt and jeans in W, but to completely different effect. Comfort comes first for our heroine in her long and loose-fitting distressed denim shirt over straight-cut jeans with plain white kicks. Meanwhile, Lee Jong Suk shows off his model stature by tucking a fitted washed denim shirt with embroidery detail into skinny jeans. Which look do you prefer? 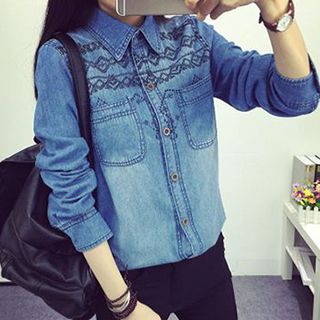 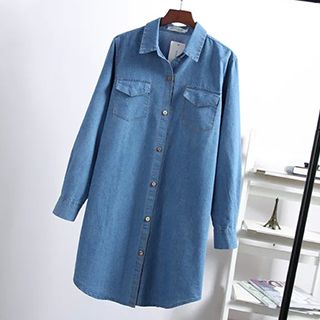 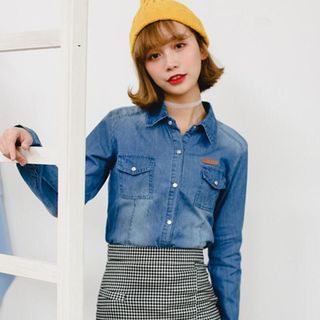 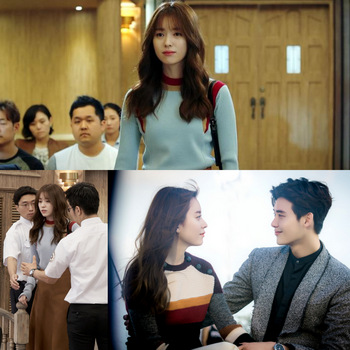 Though W aired mainly in the summer, Oh Yeon Joo is often dressed for autumn in the series’ world-jumping timeline. She mostly opts for white sweaters, but leaves the greatest impression in colored knits. In episode 15, she makes a dramatic courtroom entrance in a brown skirt and a ribbed baby blue sweater with contrast-colored stripes at the shoulder and neckline. And for the drama’s sweet final scene, she wears a chunky button-accent color-block sweater. Get Yeon Joo’s simple yet stunning look for autumn by pairing a striped or color-block knit top in navy or earth tones with a tan- or cream-colored mid-calf skirt. A striped sweater may sound like the most typical of wardrobe staples, but there are many possible variations in stripe design and color scheme. 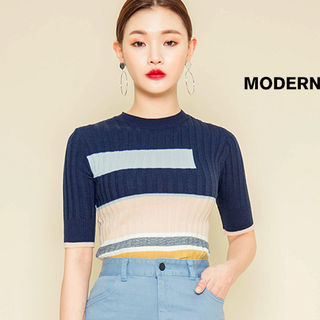 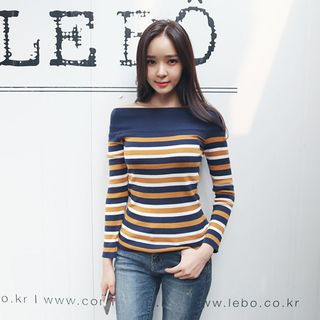 The W soundtrack is available on YesAsia.com. 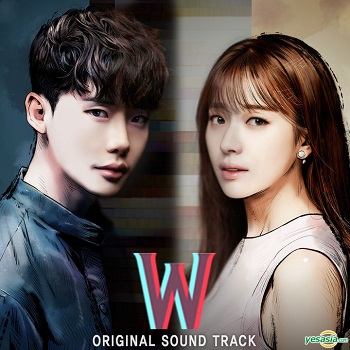