I happily watched Gucci’s fashion show via livestream, as it was rather unfortunate that I did not receive an invitation this season after so many years of attending. But I shall not dwell on it because as it turns out, I got the best seat– front row, center on livestream, along with the many other peeps who anticipated the new combined (menswear + womenswear) collection of Alessandro Michele.

I was expecting another season of fantasy flora and fauna and prints, as echoed by his past collections for the brand which seemed to have resonated very well with consumers worldwide. To be honest though, while the story he continues to weave is beautiful, it is getting a little too predictable– at least to me it did. Somewhere in between the 100- piece collection, I had to stifle a yawn. It was a collection I had already seen before. From his last season. There were a number of elements that attempted to set this collection apart from the previous ones but sorry, it was not exactly difficult to point out the similarities either.

I wanted to see a new bag, but again this season, Michele looked to the archives for inspiration– case in point, this bamboo bag. 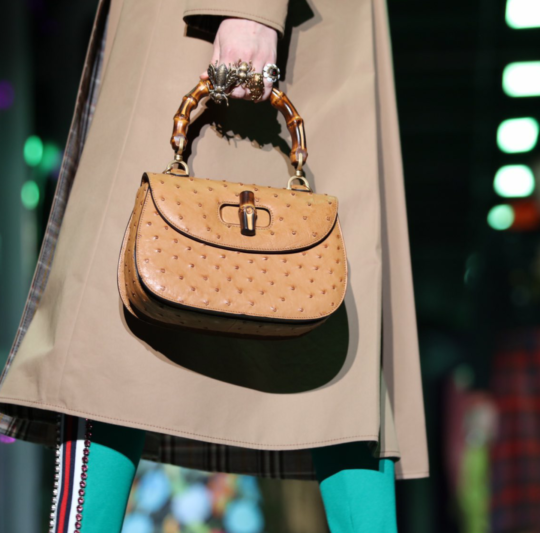 I know this is the bag that has stayed on design- wise for generations, but I wanted something new, something that had that same mindblowing effect as his first 2 collections for the brand.

There were also bags inspired by the alchemist garden– that belt bag being one of them. 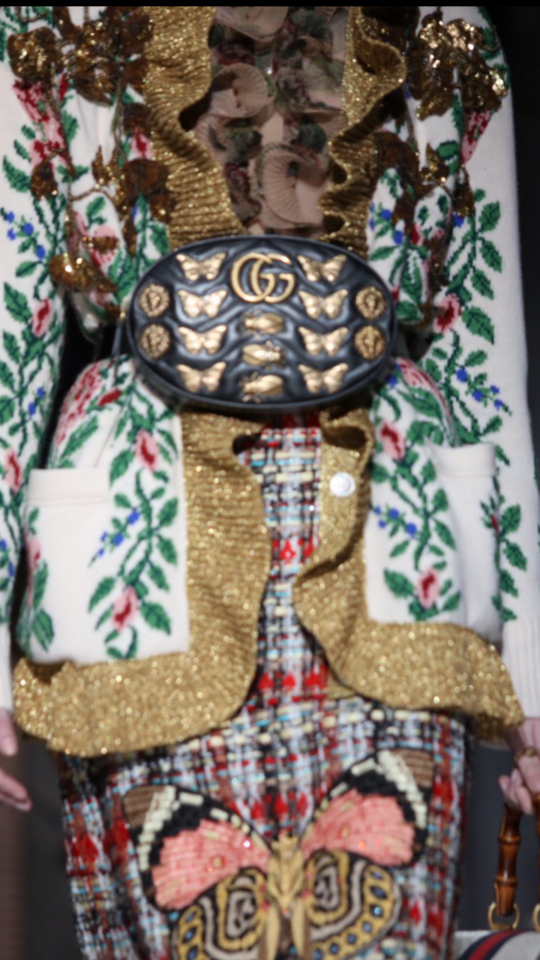 For the ultimate bag hag, 3 stacked bags carried as one: 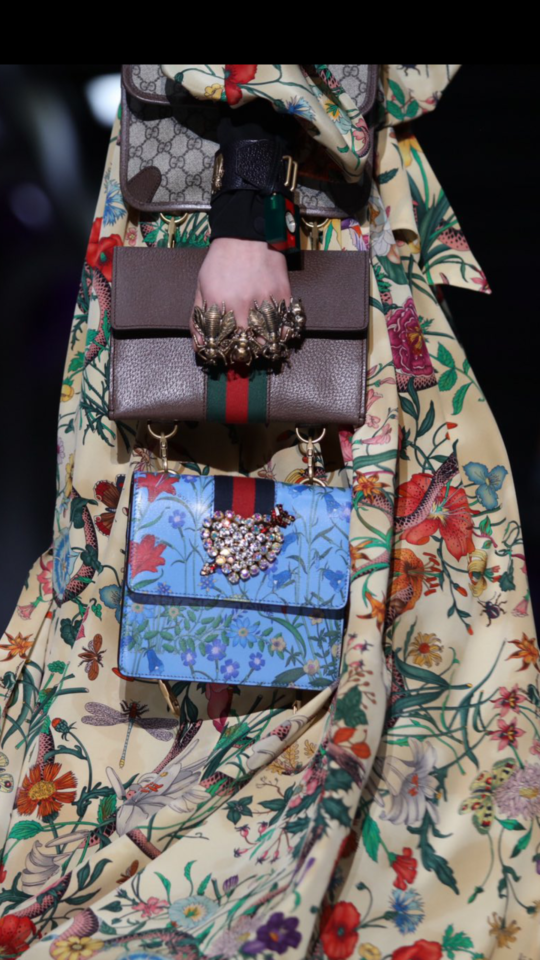 After the show, I stopped by Gucci along Via Montenapoleone to view what is commercially available from Michele’s current Spring/ Summer 2017 line and I admit there were a good 3 to 4 things I wanted– from a striking red duffel with a printed snake, a snake belt, to crystal- encrusted furry mules. I also liked a few ready-to-wear pieces (oh be still my wallet!!)